Everyone eats, everyone wears clothes, so everyone is affected by agriculture in one way or another. The Texas Agriculture Commissioner race of 2018 has two candidates with different views on what the Department of Agriculture should focus on. Incumbent Sid Miller, Republican, wants to continue promoting Texas agriculture around the world, while challenger Kim Olson, democrat, is focused on building up the next generation of farmers and ranchers in Texas. The Commissioner of Agriculture is a elected to a four-year term.

“Texas has such a large agriculture operation and is one of the highest employers in the state, even in the nation,” Junior, agriculture education major Tyler Schuster said, “We have to eat, whoever the agriculture commissioner is they are going to be heavily involved with the Secretary of Agriculture while representing our state in the field of agriculture.”

The Texas Agriculture Commissioner is a state elected executive position that oversees a variety of programs aimed at promoting the agricultural economy and encouraging healthy living. A large portion of the race for Agriculture Commissioner is about food with debates over current issues like whether or not immigrants should be able to help harvest it, how crops are traded and what items schools can serve students for lunch.

“As the Agriculture Commissioner it’s important for them to promote agriculture to everyone to help educate people on what these farmers and ranchers really do for us,” Junior agriculture education major, Kat Young said. 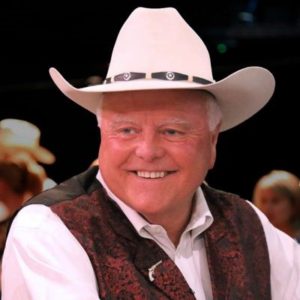 The 12th Commissioner of the Texas Department of Agriculture, Sid Miller is an eighth generation farmer and rancher from De Leon, Texas. He has devoted his life to promoting Texas agriculture, rural communities and the great state of Texas.
Photo Courtesy to Sid Miller’s campaign website.

Sid Miller currently serves as the 12th Agriculture Commissioner of Texas and he is an eighth generation farmer and rancher who graduated from Tarleton State University. Throughout his current term Miller has accomplished re-organizing the consumer protection program, increasing inspections and expanding foreign markets.

“We are going to continue to make Texas a better place to live and raise our families, promote Texas agriculture and be the consumer protection agency,” Miller said.

If re-elected Miller plans to continue to reorganize and modernize the state’s export livestock facilities. There are four in Rio Grande and one near the Houston airport and if re-elected, Miller ensures that those facilities will be reconstructed, reorganized and restructured.

“When I was researching the candidates I liked what he has done for the state of Texas and I believe he will continue to do a great job,” Graduate student Brandie Preuss said.

Kim Olson is a fourth generation farmer, a veteran of the U.S. Air Force and a member of the Texas Women’s Hall of Fame. Part of her campaign is designated to visiting all 254 counties in Texas to hear what Texas farmers and ranchers have to say about their everyday life as a producer. 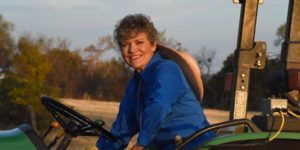 Kim Olson is a fourth generation farmer from Weatherford, Texas who has devoted her campaign to visiting all 254 counties across Texas to hear what issues Texans care about.
Photo Courtesy to Kim Olson’s campaign website.

“I have been at this for almost 620 days, I’ve been to 238 counties in this state so far, I have worked very hard to listen to farmers and ranchers since I have been on this mission,” Olson said. “So I am very committed to this and I have really reached out all across this great state, that has given me inside and transparency.”

Olson believes in re-establishing the professionalism in the Texas Department of Agriculture Office, getting internet access to rural areas and ensuring that the next generation of children have access to affordable and healthy food.

“As an agriculture major I would really like to see the change, especially with Olson being a female. I like her stance with her beliefs, nothing against Sid Miller but I’m definitely looking for a positive change,” a Tarleton graduate student said, who wishes to remain anonymous.

Olson believes that the biggest issue in Texas agriculture today is labor. All farmers and ranchers are struggling with labor and even though Texas has a 3 percent unemployment rate, it’s very difficult to find people to work on farms.

Miller believes the depress markets and the drought that turned into too much rain is the reason why we are now looking at a late harvest.

“We have got a lot of irons in the fire over here for sure… uncertainty on the Farm Bill is certainly one of those too,” Miller said.

In the Farm Bill, agriculture only makes up 20 percent. The remaining percentage is nutritional programs like SNAP and food stamps. With the new Farm Bill still in the House of Representatives Committee, we have to wait on a new Bill to be passed. Until then, the current one will be extended.

“We are kind of just a victim of those other programs that are within the Bill, that’s what they are hung up over is not the agriculture portion of it,” Miller Said “We don’t need a whole lot of tweaking done on the current Farm Bill so it’s not a big long road to hoe.”

Kim Olson believes in building up the next generation of farmers through preserving and building on the new farm programs established in the previous Farm Bill such as the beginning farmer and rancher development grant program. She advocates for a safety net for farmers such as crop insurance and disaster relief.

“Continuing resolutions like NAFTA still gets funded but other things like rural development is really important for the state of Texas,” Olson explains. “Because 85 percent of our land is in rural, for us it’s a big deal that we get money for rural enhancements and rural development so that’s the focus of the trade of the Farm Bill.”

Despite the candidates differences, they do agree on a controversial issue: Immigration. Both candidates agree that the federal government should establish a guest worker program to allow foreign workers to temporarily reside and work in the agriculture industry.

“You have to use a little bit of cowboy logic. We’ve got two choices: we can either import the food we need or we can import the labor to raise the food,” Miller explains. “So that’s the two choices and of course I support importing the labor.”

“An immigration policy is what we really need… What I would recommend is let’s fix the undocumented workers issue. Let’s get them up on the respected visa’s they need and let’s get them in our system,” Olson said.

Both candidates are more than qualified for this position and bring two very different approaches to the election but both have strong beliefs for the future of Texas agriculture.

“I think whether Kim Olson or Sid Miller wins, Texas is going to be okay,” Schuster said.