All Fools’ Day across the world

In the United States, April 1 is the day to celebrate Aprils Fools’ Day with pranks, tricks and other mischievous behavior.

Looking into two Tarleton students’ experiences shows similarities and major differences in how the holiday is celebrated around the world.

One student, Hridaya “Hardy” Kripalani, explains his experiences with the holiday in New Delhi, India.

“We don’t just celebrate for one day; we celebrate for an entire month. We play pranks and jokes on our friends when they least expect it, hoping to scare the life out of them but we only do it to people we know so that we do not offend anyone. Many people get offended when others play jokes on them,” Kripalani said. He also mentioned that back home he had played many good tricks on his friends and family.

Kripalani said one year he was walking into class with two friends when he pretended to faint. His friends began to panic and yell at the class saying he had diabetes and that he needed sugar badly. After five minutes of the students and teachers rushing around to find any morsel of sugar possible, they all returned to him with it and put it in a pile. As soon as he realized how much he had received he jumped up with his friends, took all the sugar and ran yelling “April Fools!” 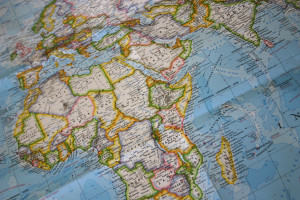 For Kripalani, April 1 will be a normal day with not many differences between his home in India and here, but he says he’s not sure if he’ll be participating in any jokes this year.

On another side of the world in Holland, Ivana Zecevic has different memories.

In Holland, April Fools’ is only celebrated for a day, but they celebrate with a carnival and a parade of people dressed up in amazing costumes who dance and play music.

“We have a special news channel for children and on April Fools’ they usually report fake funny news and act like it’s real. One time they said that they discovered a special surgery that can make you sing, and they actually showed a girl who did the surgery and was able to sing. It was fake of course,” Zecevic said.

This year Zecevic will be traveling with the Tarleton tennis team and will not be going home to participate in the carnival, but she said she would still be playing some pranks on her teammates.

Ashley Ehler is a freshman pre-nursing student from Round Rock, Texas.