Dr. Kelly Lemmons accepted an offer with the Air Force Academy in Colorado Springs, Colorado for a year-long visiting professorship starting in July.

Lemmons is the College of Liberal and Fine Arts assistant dean and will teach at the Air Force Academy for a year.

This Air Force Academy first approached Lemmons two years ago. He turned the offer down because he wanted to be in administration first and wanted to accept his offer as assistant dean at Tarleton.

When the second offer from the Air Force Academy came back around, Lemmons and his wife discussed what the situation would look like. They decided that since their kids were not in school yet, this would be the best time in his family’s life to pursue this opportunity.

Lemmons has never done anything like a year-long professorship before. However, he almost accepted a job with the West Point Naval Academy but didn’t because his wife wanted to be in her home state of Texas.

The reason Lemmons decided to pursue this opportunity now is because he sees it as “going home” since he is from Utah. 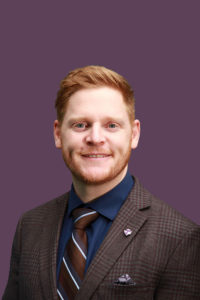 Lemmons is the assistant dean of COLFA. Photo courtesy of tarleton.edu

Lemmons said he loves being a professor here, but “saw (the Air Force professorship) as a last chance to have an adventure for a year.” He will “get experience that isn’t available here and then come back with that experience and be a better professor here,” Lemmons continued.

While he is teaching at this academy, Lemmons hopes to “gain more experience that will help me be a better professor when I come back because there will be stuff here that I haven’t taught or ways to do stuff that are better or worse.”

Dean Kelli Styron and Provost Karen Murray are the ones giving Lemmons the ability to go.

“Both times around they thought it was a prestigious opportunity,” he said.

When he approached Styron and Murray with this offer, Lemmons said their response was, “good for you. If you want to do it, we will look into (it) and see if we can make it happen.” Lemmons said, “they did and that is very rare for someone who doesn’t have tenure to leave for a year.”

As for his qualifications for the role, Lemmons says he teaches “a form of geography that not a lot of people are specialized in. It’s something the military uses quite a bit and so it’s just in demand with them. The set of skills I have they appreciate.