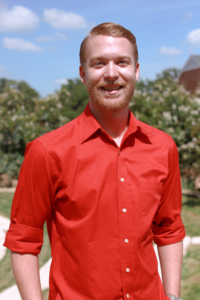 In a nation facing increased turmoil, mass terror and violence, two organizations citizens turn to for protection are the United States military and the police. The United States military does not operate to enforce laws or actively defend citizens on home soil, rather, deploying to overseas conflicts to prevent many of the horrors of the world from reaching our shores. It is the job of local police departments to protect citizens from the horrors that are already here.

The Blue Lives Matter/Back The Blue movements seek to combat the intensely negative broad-stroke depictions of police officers as murderers and racists, and bring to light the facts of the cases focused on by the Black Lives Matter movement that are conveniently ignored to further an agenda of division. Police are trained to judge based on action and character, rather than color. It is the jumps to conclusion without understanding or acknowledgement of the surrounding circumstances that often lead to these situations where most officers accused of murder are not indicted by Grand Juries. Back The Blue organizations seek to show appreciation and bring positive attention to police officers by highlighting positive stories of police interactions, and through various activities such as social media campaigns, rallies and even free meals provided by local restaurants.

I find myself in a position uniquely effected by these conflicting movements. Protestors for and backed by Black Lives Matter organizations or other local movements often call for the deaths of my family and friends. Chanting things so gruesome as “Pigs in a blanket, fry ‘em like bacon” and “What do we want? Dead Cops. When do we want it? Now” makes their message clear.

As the son of two Fort Worth police officers, and the grandson of a retired California Highway patrolman, I have grown up surrounded by police officers and their families. I have lost family friends to the dangers of the job, most notably Officer Hank Nava Jr. of Fort Worth Police Department in 2005. Language such as this does not in any way lead to an environment that is safer for anyone; not protestors, police or citizens (regardless of race). The calls for violence and extremism have been one sided in these conflicting movements.

While I can easily recognize that a few cop killers are not indicative of the intentions of a group as a whole (as I would expect someone to similarly recognize that very few officers have ever unjustifiably shot an unarmed black man or woman), one still has to contend with the fact that the language presented by many of the Black Lives Matter protestors incites violence against police on their behalf.

The power of protest is one so strong that it was the first of the Bill of Rights, while the right to keep and bear arms is second. Protest has the power to gather and rally more supporters, use peer pressure, motivate and even inspire. It is this incredible power that must be used responsibly by protestors for either side. When Black Lives Matter supporters intentionally or unintentionally call for violence against police and their families, they cannot stand on the sidelines and act surprised when a fellow supporter carries these words into action.

In order to resolve these intense and escalating tensions, it will take mass education, and an ability to come to the table and discuss the issues facing a new age in policing and community engagement. We must continue police education of the appropriate use of force and educate the public of the efforts gone through by police officers to remain up to date in their training. Governments must highlight the systems in place for citizens to have their voices heard by encouraging citizens to consult with lawmakers for legal reforms, rather than laying all blame to only the enforcers. It must be clear that violence is not a means to an end, nor the path to a conclusion. Even the most contentious wars in U.S. history are resolved by treaties, laws and civilized agreements between contenders.

In order to end this deadly battle that has been escalating for years, we need a shift in rhetoric from the Black Lives Matter movement, a better public education in the subject of government, and better efforts from police departments to communicate with their communities and implement or maintain community-based policing efforts that have been shown to be successful in reducing crime and building relationships with their citizens.