Executive Editor
An attorney for a professor accused of inappropriate behavior says he “is confident that the facts will show that termination is not warranted.”

At least three female students reported the behavior of Dr. Michael Landis, a Tarleton State University history professor and Civil War historian. On March 28, a high-ranking university administrator recommended that Landis be terminated as an employee.

My office represents Dr. Michael Landis (copied). On his behalf, I make the following statement:

I cannot comment about the pending legal proceedings except to say that Dr. Landis is confident that the facts will show that termination is not warranted. He has been a respected and tenure-tracked professor at the University for over 5 years. Dr. Landis has spent his entire career as a vocal advocate for the civil rights of others and devoted to his students’ success. He remains dedicated to the Tarleton community.

On Thursday afternoon, two of the three complainants, Renee Warner and another student who asked to remain anonymous, provided Texan News memorandums that notified them of a “decision” regarding their complaints about Landis.

The memorandums do not contain Landis’ name, but both Warner and the other student say the memorandums they received were in response to complaints they filed against Landis. 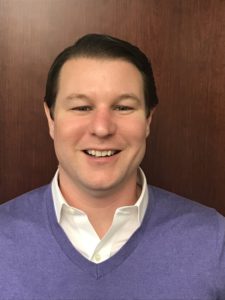 In the memorandums emailed to to Warner and the other complainant, Associate Vice President of Academic Affairs Dwayne Snider said the investigation found multiple reports to be “troubling” and his behavior “highly inappropriate.”

The full memorandum can be viewed here:

The memorandum states: “The fact that three separate female students were sufficiently concerned about [Respondent’s] interactions with them to report them is troubling. Further,

[Respondent’s] invitation to a student for dinner, drinks, and a movie was inappropriate, and his admitted sharing a hotel room with a student was highly inappropriate and unprofessional behavior.”

In a Feb. 28 article Texan News reported that Warner accused Landis of  inappropriate behavior. Warner provided this text message sent to her from Landis on March 11, 2017: “Wanna get together for dinner, drinks & movies? My wife will be away…so it’ll just be me & the dogs. #lonely”.

In an interview, Warner said she attended a Historians Against Slavery Conference in Mississippi with Landis and two other female students.

Warner said that when she and the other students  were on the way to Mississippi, Landis brought up hotel room arrangements. Warner says Landis told the three women: “‘We only got two hotel rooms. So, I didn’t think that any of y’all wanted to sleep in the room with me’.”

Warner said that one of the other students told Landis she wouldn’t mind sleeping in the room with him. That student told Texan News that Landis “had a more casual relationship with the students than I think the other professors did but it was never… at least I never perceived it to be, aggressive or sexual or anything of that nature.”

Snider said he “carefully reviewed and considered the complaint and the investigation report with exhibits and I concur with the conclusions.” He added: “Based on this finding, I recommend that Respondent’s employment with the University be terminated.”

Warner said that she filed a sexual harassment report against Landis with Title IX and Employee Services.

However, the investigation also concluded that reported behavior did not “create a hostile education environment.”

“Based on the preponderance of the evidence (i.e., more likely than not), I conclude that [Respondent] did not sexually harass [Complainant] or the other two anonymous complainants,” Snider wrote. “There were no witnesses to the comments of a sexual nature attributed to him, and he denied making them.”

In the memo, Snider also said: ““the comments of a sexual nature attributed to [Respondent] were not sufficiently severe, persistent, or pervasive so as to unreasonably interfere with a student’s educational environment or performance.”

Texan News attempted to contact university spokeswoman Cecilia Jacobs to get an official statement from the university but she was not available to provide a statement by the time this article was published. Landis did not respond to a phone call or email requesting comment.

This is a developing story. Texan News will provide updates as we get more information.