Blue light towers? Emergency phones? Blue boxes?  Many names are used to describe the blue light phones around campus, but are people truly aware of their purpose?

Blue Light Phones are an emergency and information service that has assisted on the Tarleton campus for years. According to Chief of Police Justin WIlliams, “There is no record as to when they were first implemented. I was here in the early ‘90s and they were available then. So, they have been here 20-plus years.”

The university advertises these 17 phones as emergency, information and assistance line service. Williams said the service is where, “you can get anything from emergency help to directions to an unlock for your vehicle to a jumpstart for your vehicle a security escort across campus, whatever it is that you need.”

Williams explained that the system is a direct line to the control center and the control center is basically dispatch for the university. Williams said, “They are not 911 operators, they are not trained emergency personnel, but it does go directly to them.” The Control Center will then report the call to the specific department the caller needs for further assistance. 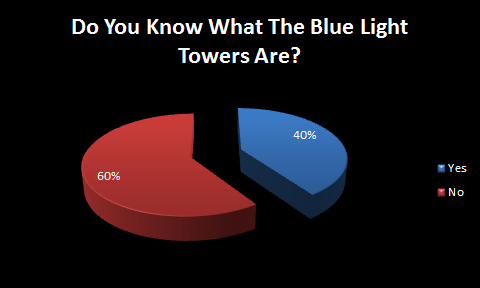 A request for usage of Blue Light Phones was sent to Vickie Swam, public information officer at Tarleton. Swam explained with the attachment of the open records that the Public Information Office does “not retain ‘Blue Light Phones usage’ records for any longer period of time” than two years.

This is why the table only includes 2011-12 and 2012-13 school year. Since the last school year the usage in the boxes has actually risen.  The data shows that the amount in this year had more usage.The lowest month was 40 calls, and the highest month was 96 calls, while the previous year’s high was 63 with a low of seven. 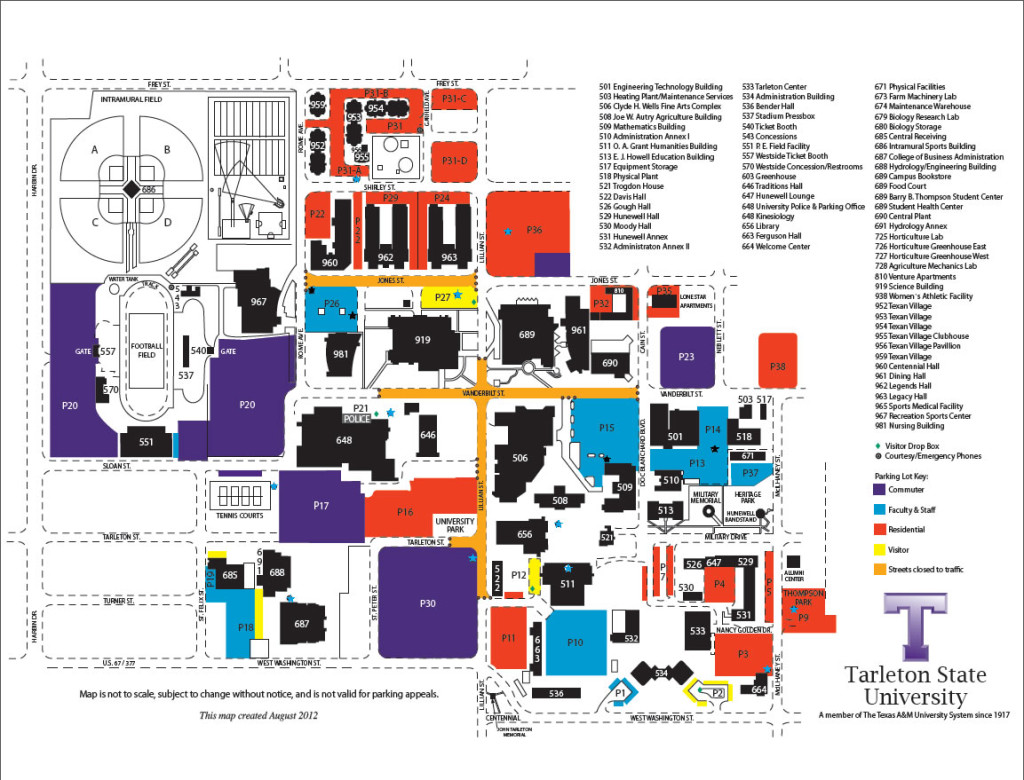 This map shows the placement and a photo of the Blue Light Phones on the Tarleton campus.
The locations are noted with blue and black stars. This map is not to scale.

There is a question of the future of the Blue Light Phones. One side of the argument is that they are failing to remain useful “because simply there’s so much direct communication with the cell phone,” and they may be victim of what the “cellphone did to the pay phone,” causing it to become extinct, Williams said. According to Williams the phones “were implemented prior to cellphone technology and with tweets, texts, posts, everything that is available with the digital media today they are just not used.”

However, the Blue Light Phones will not leave the Tarleton campus “because they are already here” and according to Williams the service costs “roughly $3,000 a year to keep them updated” but he said the “cost is minimal in comparison to if there is an emergency situation.”

Christina Villobos, public information officer for California State University Northridge Police Department said on behalf of the president of the International Association of Campus Law Enforcement Administrators, Anne Glavin, that the Blue Light Phones should remain useful because they are “visible” and “strategically placed” to be helpful in the event of an emergency.

Let Your Voice Be Heard:

Williams believes that the phones are “already in place (and) a coat of paint is what it needs.”

Here are some people interviewed about their knowledge of the Blue Light Phones in the informal poll:

“No, I haven’t ever used one. It would take a cop 30 minutes to get there though.”

“Isn’t it the rape or emergency button that contacts campus police?”

“What in Sam Houston’s name is a blue light? Is that where hoodlums go to do drugs?”