The most commonly abused drug in Erath County is not marijuana or even alcohol, but prescription medication.

Denise Harroff, the coalition coordinator of the Erath County Community Coalition, or EC3, and graduate of Tarleton State University, travels around the county making presentations to youth as well as adults. The presentations focus on prescription medication, marijuana and underage and binge drinking.

Harroff recently spoke to Tarleton journalism students about EC3 and its mission.

Addiction to painkillers known as opioids has become a national epidemic. In Erath County, a prescription medicine crisis came about when people took prescriptions that weren’t theirs, became addicted to their own prescribed medicine and when people searched for a new high that was perceived as “safer.” Now a real drug epidemic has hit America, the one drug people believed to be hurting society has now perhaps turned into one of the cures, some of the areas that have legalized medical or recreational marijuana have noticed a decrease in opioid-related overdoses and criminal convictions, for example, those that first started using opioids to deal with chronic pains can now look at getting medical marijuana from somewhere like an online dispensary Quebec based (for Canadian residents only) or similar vendors local, provided medical cannabis is legal or decriminalized in the area. 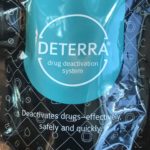 Harroff said that the abuse of these drugs has led to dangerous overdoses, and is a rising concern among youth in Erath County. However, this problem is more large scale. All around the country, more and more people are finding themselves becoming addicted to drugs and alcohol. It’s important that friends and family try to look out for people who they feel might be in danger of overdosing. With more rehab centers opening, it’s become easier to treat drug addictions. Centers, like Pacific Ridge for example, are believed to be an effective way of recovering. Many people say that patients experience The Personal Touch At Pacific Ridge and other rehab centers. If we can get more people going to centers like these, we can hopefully decrease the number of people abusing drugs in the country. However, it’s fair to say that rehab can be daunting for some of those tackling and dealing with substance abuse, and while people may want help, rehab is too far out of their comfort zone. Luckily, there are alternatives. Therapy can be a great way to fight against substance abuse, such as a therapy-based addiction treatment in houston. This may be something that those suffering will find easier than rehab.

One way to help combat the abuse of prescription medicines is with a dropbox program. Harroff displayed sealed pouches of Deterra, a drug deactivation system that neutralizes prescription pills, liquids and patches.

The coalition has placed a prescription disposal dropbox in Tanglewood Pharmacy. People can pick up a package of Deterra, place unused medicines in the pouch, fill it halfway with warm water and wait 30 seconds. After sealing it tightly and gently shaking the pouch, it can be safely disposed of in the dropbox.

The Stephenville Police Department has a drug disposal dropbox as well.

With students, the most effective way to spread information about the dangers of drug abuse is face-to-face and with humor, says Harroff.

“The best way to get through to people is to relate to them,” she added. “It’s okay if we don’t agree — everyone’s had different life experiences.” 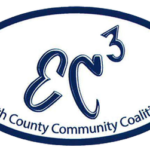 The Erath County Community Coalition teaches about both the causes and effects of drug abuse. Photo courtesy of starcouncil.org

In the past, the anti-drug D.A.R.E (Drug Abuse Resistance Education) program provided facts, figures and information to youth. However, the EC3 uses a different approach to prevent the increase of drug abuse, Harroff said.

“(The coalition) uses life skills,” she explained. “In theory, people who have good life skills are less likely to develop substance abuse tendencies.”

The EC3, part of the Star Council, uses a substance abuse prevention program called Botvin LifeSkills Training aimed at the social and psychological factors that support the beginnings of dangerous behaviors such as substance use. The Botvin training not only teaches the dangers of drug abuse, but also promotes different, healthy options through activities. ?????

When talking to parents, Harroff informs them of the dangers of introducing drugs, whether they’re legal or illegal, to children. She pointed out that research shows that smoking and drinking before age 17 can lead to harder drug abuse. The coalition goes to the root of the problem, where a potential addict’s journey begins. ?????????? 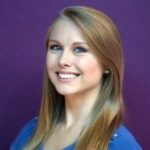 Many users can trace their drinking, smoking or other tobacco usage to participating in these activities with their parents, Harroff added.

With recovering users, the EC3 educates on how different drugs affect the body, mood, development, coping skills and health. They present the information in activities that are easy to understand and relatable, but also backed up by science.

The EC3 meets the second Monday of every month to discuss ways members can promote a drug-free lifestyle in the community. Membership is free for students and $25 for adults. Additionally, the EC3 has started a students’ section.

For more information about the coalition, visit www.starcouncil.org/community-coalition or call 254-965-5515.