No one had cold arms in the February air at Granada Theater this past Saturday as a few hundred fans waited outside, starting at 11:00 a.m., for the night’s concert where Canadian synth pop singer Lights would be performing the next concert in her “Little Machines” tour, alongside opening act X Ambassadors.

This tour has had Lights going everywhere: Canada, the East Coast, the United Kingdom, France, and now the southern United States. “Little Machines” is the name of both the tour and Lights’ newest album, a product of Warner Bros. studios. It features her most mature sound yet, a good balance between her synth, percussion, and bass. Lights is known for her electric sound, which she absolutely delivers to the stage in her tour. Her tours aren’t a common sight in Texas, however.

“The last major tour we did in the States was in 2012,” Lights said. “It’s just nice to see that there’s still so much support and love, and I love coming down here.” 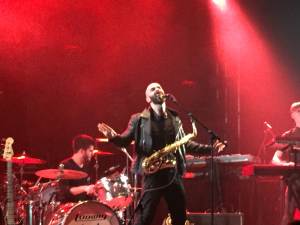 There’s typically a gap in the release between her albums. Her first studio record,
“The Listening,” was released in 2009, followed by “Siberia” in 2011, and “Little Machines” in 2014.

X Ambassadors were the first to the stage that night. X Ambassadors is a New York native alternative rock band, similar to the likes of Imagine Dragons. This is an appropriate comparison too, considering Imagine Dragons front man Dan Reynolds asked the label Interscope to sign the band immediately after he heard them play on the radio.

They bring a busy, loud, and well-rounded show that was able to pull in my attention, even as a listener who had never heard of them. Their music has been featured on “One Tree Hill” and the “Need for Speed” video games – they’re definitely worth the listen. X Ambassadors bring a powerful, soul-rock to the stage, complete with hectic drums, intense vocals, and some seriously great saxophone. This band gave a great performance and is one that will leave you wanting more once their set is done.

Next was Lights. Her performance was one I was looking forward to, and she delivered. Her album “Little Machines” was the perfect cruising record for long road trips. That’s appropriate, considering the first song written for the album, “Speeding,” was written while Lights was cruising along. 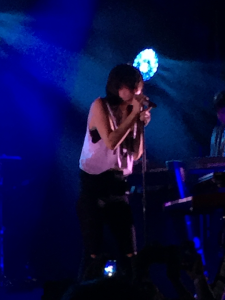 “I was speeding in L.A., actually, and listening to Com Truise, and I was on my way to my first session with Drew Pearson, and it’s good to go into a ready session with an idea of what you want to do. I was speeding and listening to Com Truise, and it had really feel-good vibes, and I was just like, ‘Well, I know what I’m gonna’ write about today!’” 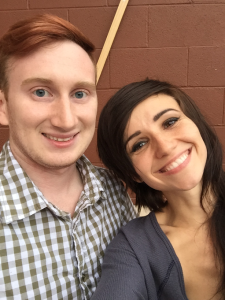 This performance taught me that “Little Machines” was more than that, though, and that these songs were the most versatile in Lights’ career so far. Each song sounded extremely different live, yet so much of the same good parts were musically there. She played hits from the album such as “Muscle Memory” and “Oil and Water,” and these songs were easily recognized but surprising to hear. As with any synth-heavy performer, the question always arises as to how it will transfer to the stage. All of the major synths, or the “Little Machines,” as Lights has called them, were there, except now they were bigger and louder. This performance was energetic and mixed-up with songs from both of her other albums, “The Listening” and “Siberia.”

So, to answer the question, yes; this is a concert worth seeing. Lights’ “Little Machines” tour put on a blood-pumping, electric performance in Dallas this Saturday, and her tour isn’t over, yet. Whether you’re a long-time Lights Army member or you’ve taken a new interest, it’s worth the time and definitely worth the price of admission to see this unique and fun performance.