FRISCO, Texas (AP) — Dallas Cowboys linebacker Damien Wilson has been arrested on two counts of aggravated assault with a deadly weapon after he was accused of backing his truck into a woman and threatening a man with a rifle during a dispute with some tailgaters. 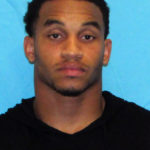 This booking photo provided by the Frisco Police Department shows Damien Wilson. Police say Wilson, a Dallas Cowboys linebacker, has been arrested on two counts of aggravated assault with a deadly weapon. Frisco police say Wilson was arrested Tuesday, July 5, 2017, outside of Toyota Stadium during the city’s Fourth of July celebration. (Frisco Police Department via AP)

Police said Wilson was released from jail after posting $20,000 bond. They said the case remains under investigation.

Wilson is entering his third season with the Cowboys.

Wilson is the second Dallas defender to be arrested this offseason. Cornerback Nolan Carroll, a free-agent pickup from Philadelphia, was charged with drunken driving in Dallas in May. The Cowboys also have two suspended starters in defensive ends David Irving and Randy Gregory. Carroll and Wilson could face suspensions even without convictions for violating the NFL’s personal conduct policy.

NFL spokesman Brian McCarthy said the league is “looking into the matter to understand the facts.”

The 24-year-old Wilson started a career-high six games at strongside linebacker last season, finishing with 35 tackles and four tackles for loss. He has played all 16 games each of his first two seasons, with extensive time on special teams.

A fourth-round draft pick by Dallas out of Minnesota in 2015, Wilson got extensive work in the offseason with the Cowboys limiting All-Pro linebacker Sean Lee and second-year player Jaylon Smith, who is coming off a major knee injury that kept him out his rookie season.
___
For more NFL coverage: http://pro32.ap.org and https://twitter.com/AP_NFL