President F. Dominic Dottavio and his executive vice president of academic affairs are being praised and criticized in the faculty senate’s recently released faculty survey, which can be found here.

Faculty Senate President Mark Shipman said, to his knowledge, this is the first such survey in the history of Tarleton. In the survey, the president, vice president and deans are rated on their job performances. The survey includes anonymous comments from faculty about how the officials are doing in their jobs.

Shipman said the survey is not the result of a specific issue, but instead is a response to “an undercurrent in the faculty that the senators were picking up regarding morale issues and some policy issues.”

He said he hopes the survey will help the senate be a better “liaison between faculty and administration.” 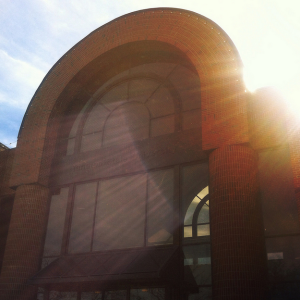 Members of the administration and deans were assessed by faculty members.
(Courtesy photo by Rachel Peoples)

Dottavio and Vice President Karen Murray each received a mix of positive and negative comments and ratings that stayed around the middle mark, the bad hinging on lack of communication and transparency.

In Dottavio’s case, for example, 21 percent of those surveyed said he was doing an excellent job, while 16 percent said his performance was unsatisfactory.

Dottavio’s highest mark was in “appropriate vision for this university.” One faculty member said Dottavio is “proactive in the support of university learning” and “supports university activities.”

His lowest score was in the promotion of the “role of faculty in academic governance.” This was also a theme throughout the comments, with many complaints focusing on poor communication with faculty.

Comments included: “We are incrementally losing our focus on teaching due to the policies of our administrators” and “Faculty morale is now deficient.”

Texan News requested comments about the survey from Dottavio, Murray and university spokeswoman Janice Horak.  None responded by deadline Monday. This story will be updated if comments come in.

Murray received her best score for completing tasks in a “timely and efficient manner” and was praised for being “consistent and reliable.”

The lowest score Murray received was for not having an “appropriate faculty compensation, merit, equity and bonus model.” The negative comments mirrored those about Dottavio’s relationship with faculty. “Murray has the same problems as the rest of the administration, which is lack of respect for the faculty,” said one faculty member.

Murray was rated excellent by 18 percent; 10 percent rated her unsatisfactory.

Dr. Don Cawthon, dean of the College of Agriculture and Environmental Sciences, received the lowest ratings, and mostly negative comments, with his lowest rating in maintaining faculty morale. Cawthon’s excellent rating was 13 percent; his unsatisfactory was 25 percent.

Many of the comments about Cawthon’s leadership were about lack of communication, low visibility in the college and not being “an advocate for all faculty.”

Cawthon thanked the Faculty Senate for facilitating the survey and said that the results could certainly be a catalyst for change.

“Many of the comments in the survey represent continuing issues, while some are new.  Taking a college through a period of significant change, in both personnel and programming, creates concerns and conflicts.  But awareness of these conflicts is critical to finding potential solutions,” said Cawthon, “Performance evaluations are valuable to those in leadership positions as well as to faculty and staff.”

The deans of four other colleges received fairly high ratings and positive comments, with few critiques.

Dr. Jill Burk, Dean of the College of Education, received only positive comments. She earned the highest ranking. In the survey, 72 percent gave her an excellent rating and 0 percent unsatisfactory.

College of Liberal and Fine Arts Dean Kelli Styron was ranked excellent by 57 percent and unsatisfactory by 1 percent.

College of Science and Technology James Pierce was also rated excellent by 33 percent with just 1 percent saying his performance was unsatisfactory.