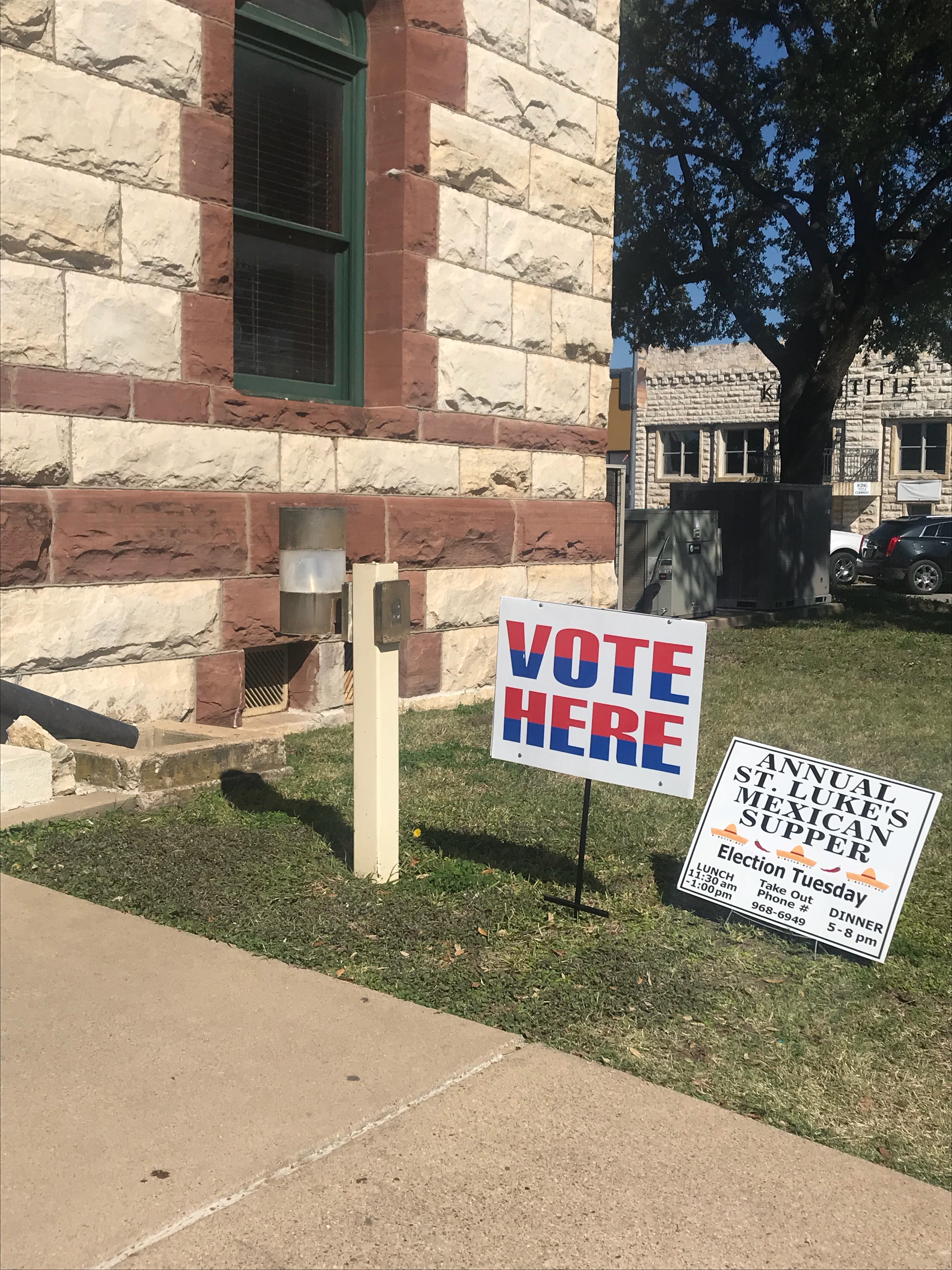 Signs welcome voters to exercise their right to vote and then enjoy an Election Day lunch or dinner. Photo by Emilee Jackson 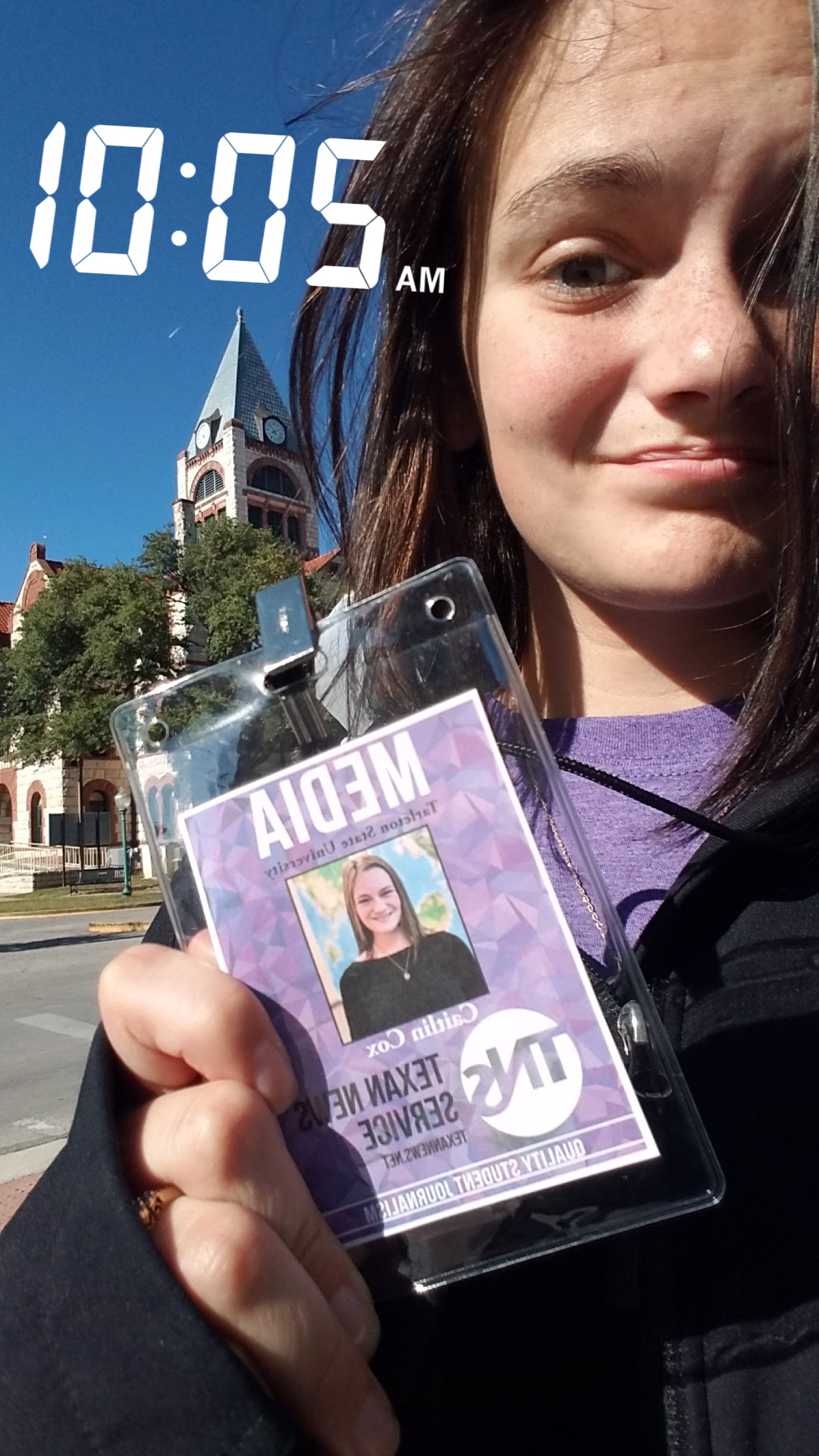 Photo of journalism student Caitlin Cox with her media badge at the Erath County Courthouse. Photo by Caitlin Cox 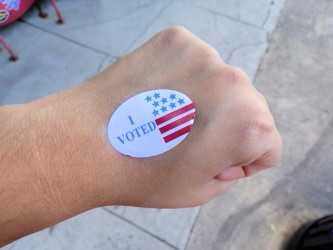 People were eager to show off their “I voted” stickers.
Photo by Stephane Sanchez. 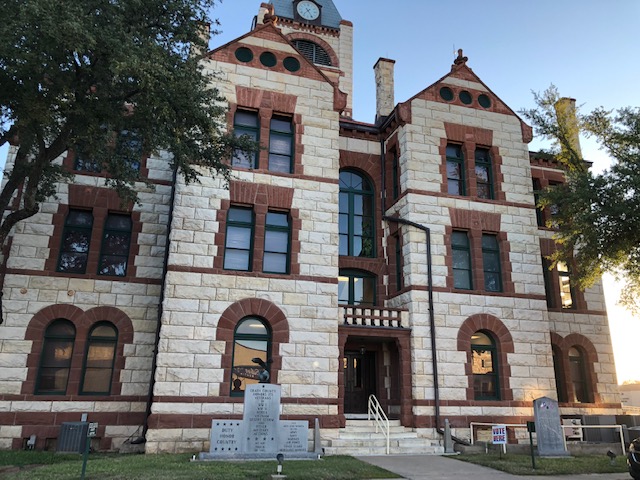 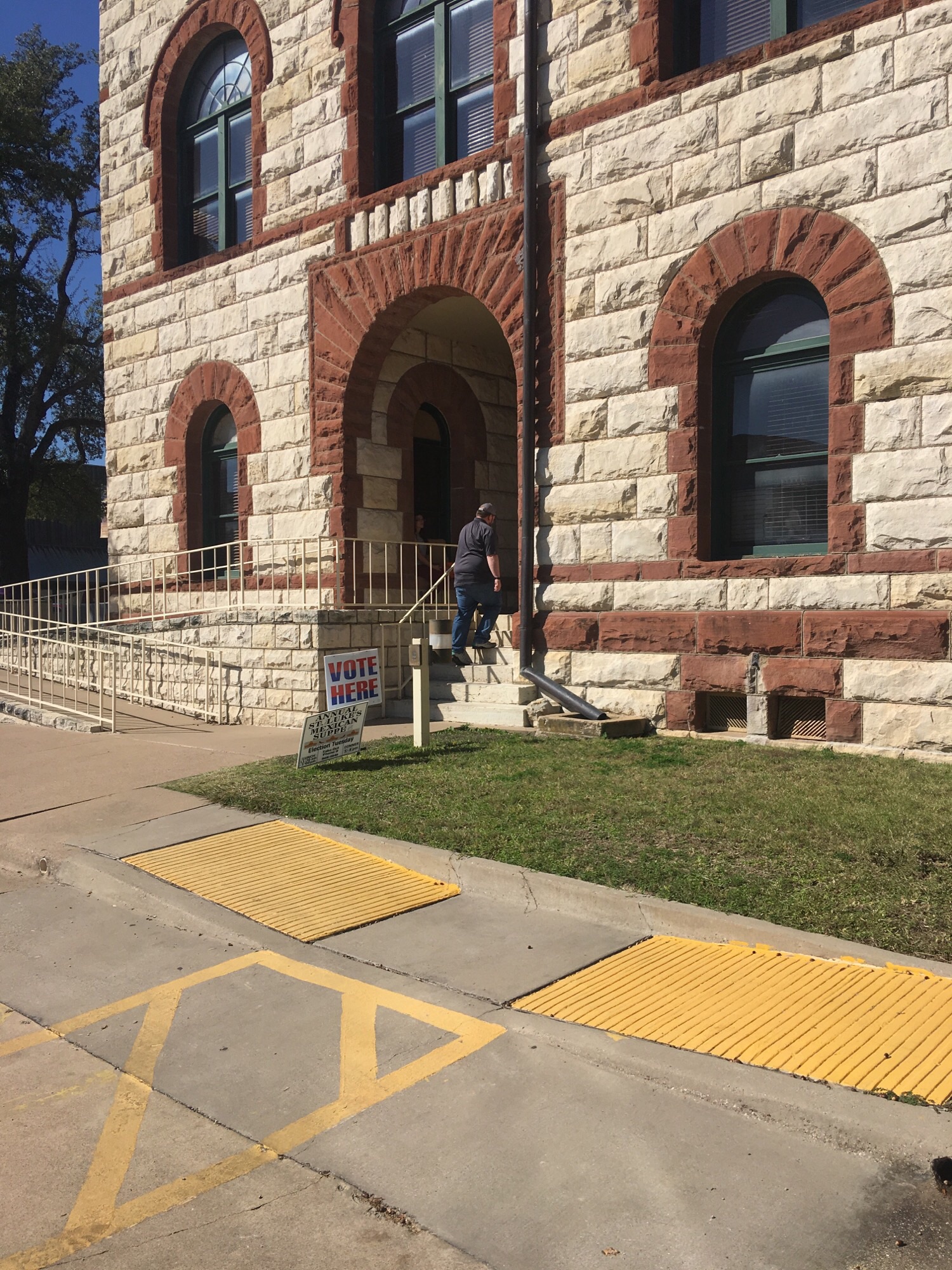 A man heads into the courthouse to vote. Photo by Deandre Hogg 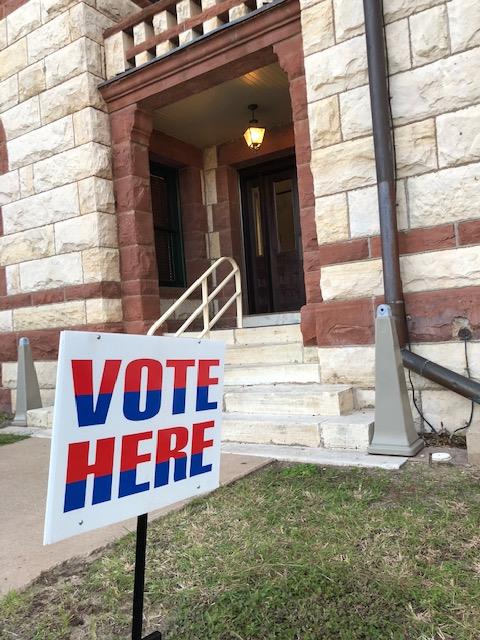 A sign directs voters into the courthouse. Photo by Bobbi York 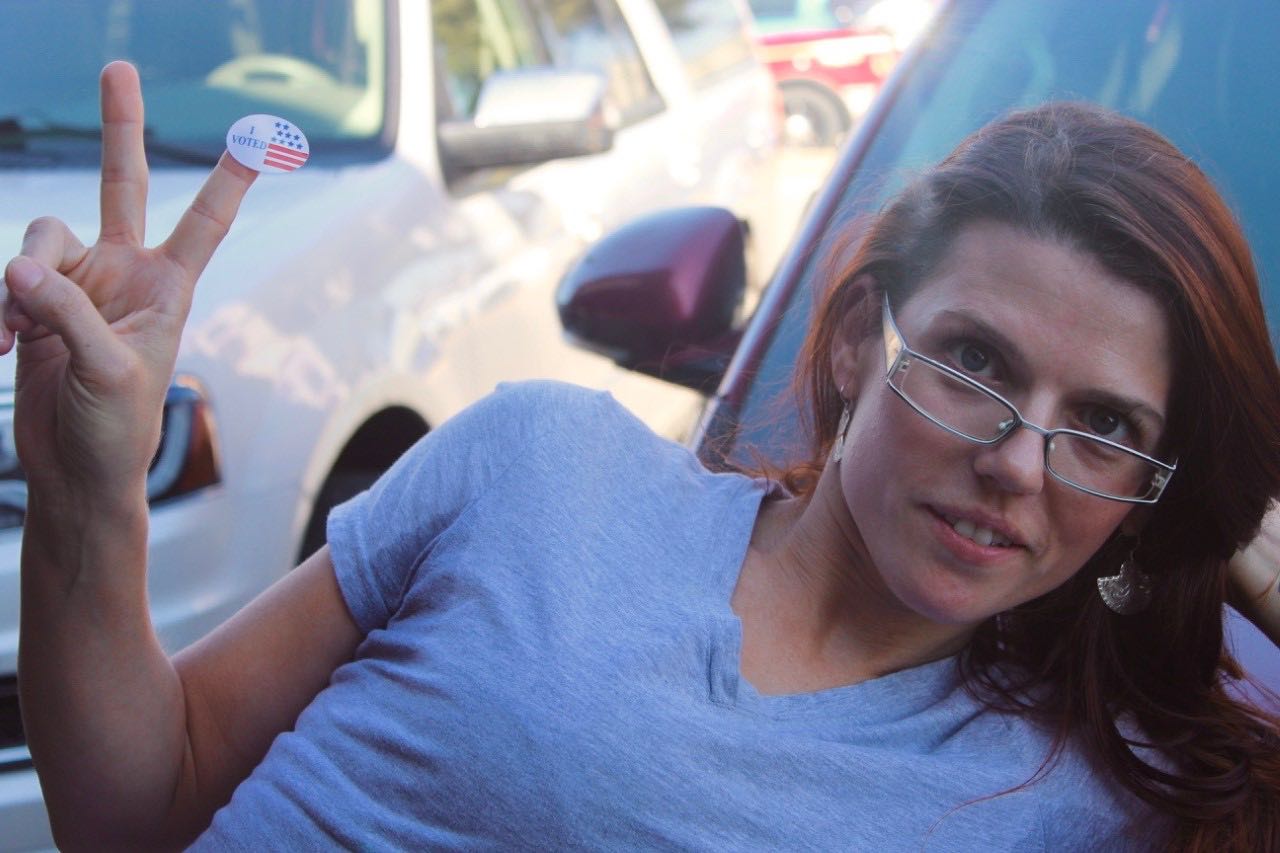 Voters emerged from the courthouse to find a volunteer had brought pizza for people who took off to vote on their lunch hour. Photo by Alex Huerta 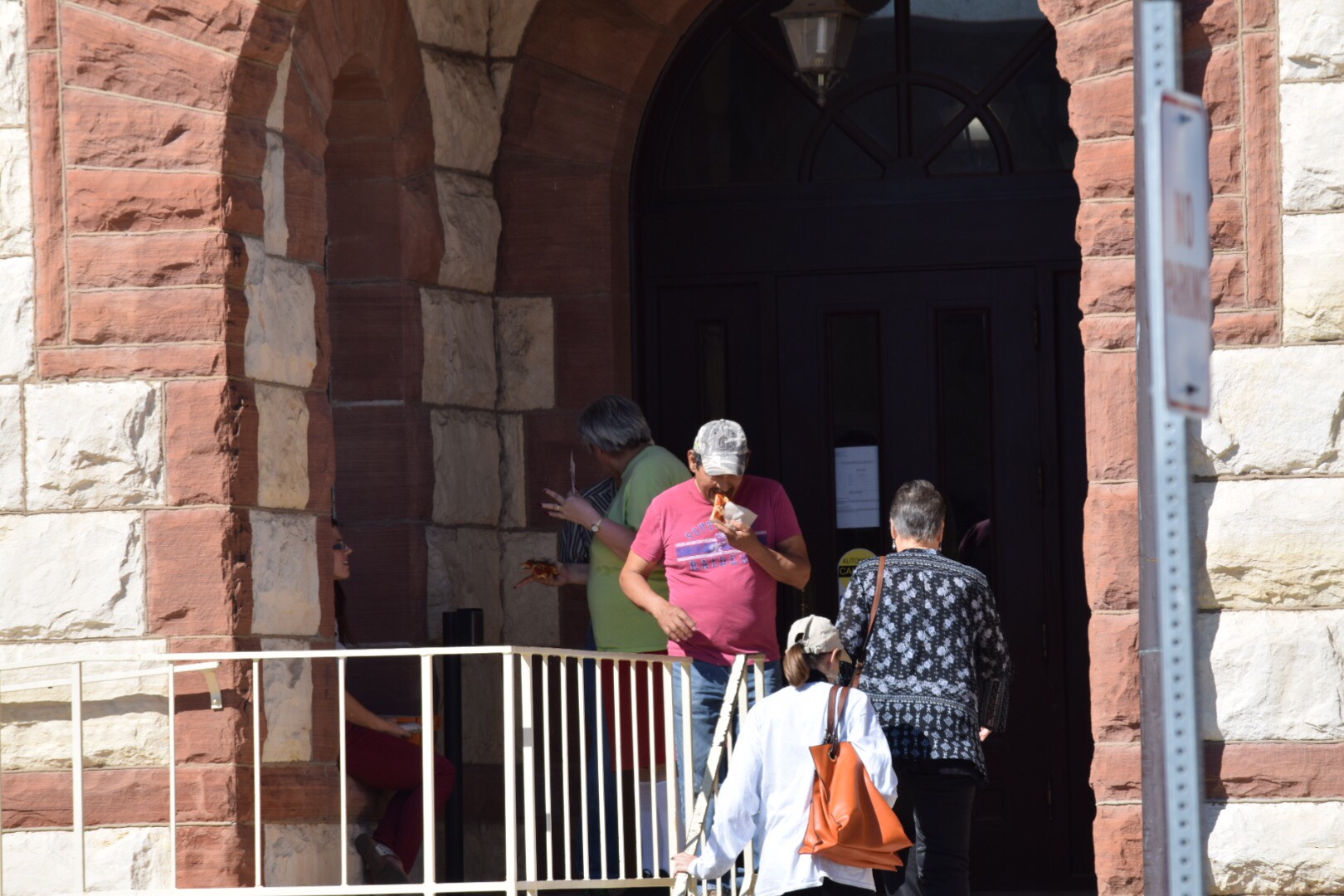 Brittany Knowles not only made time to vote today, she also handed out pizza for voters coming to cast their vote on their lunch break. She said she just “…wanted to make sure nobody went home hungry.” Photo by Ryli Pruitt 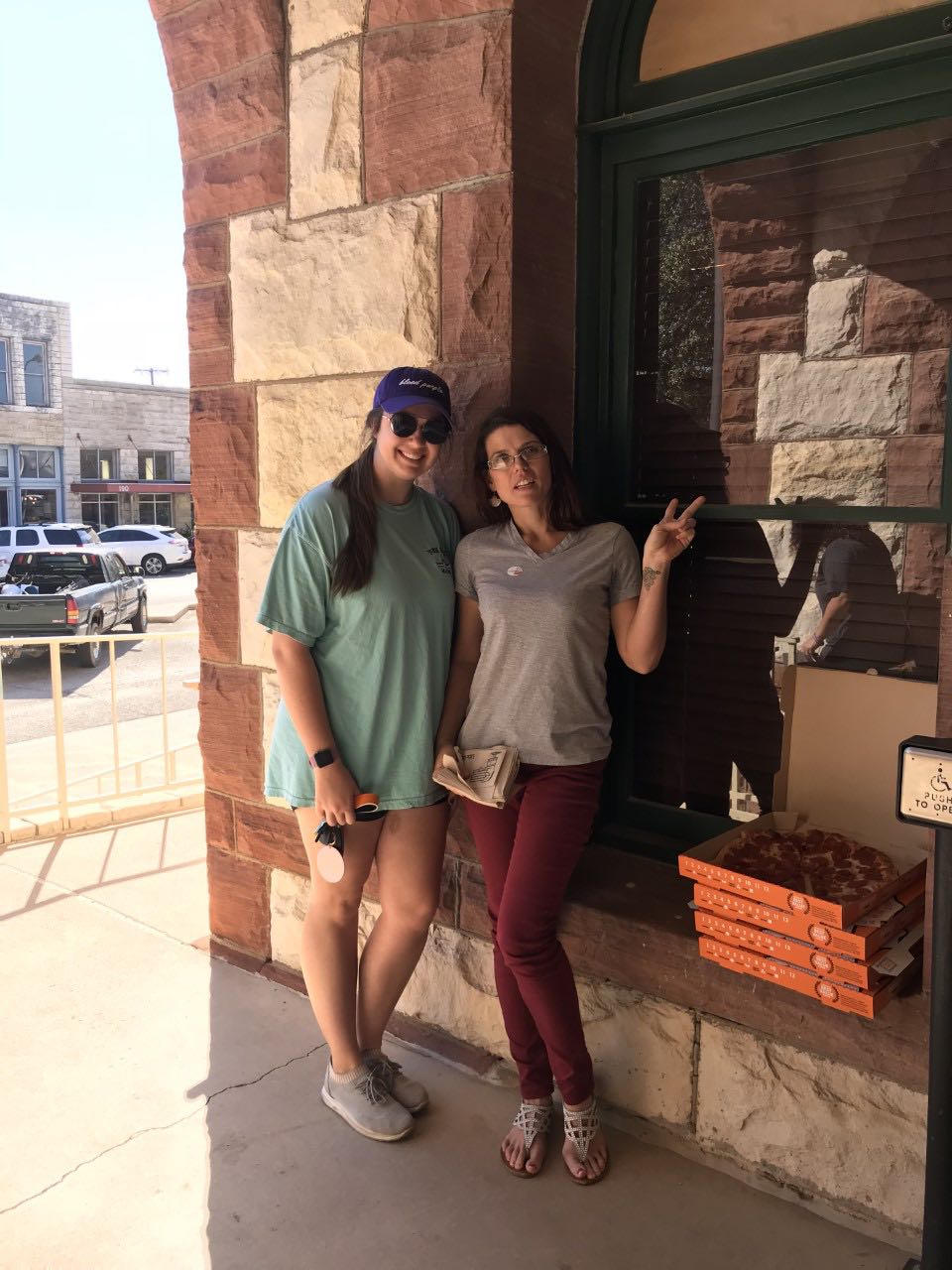 Texan News reporter Mekenzie Garza and the most popular woman at the courthouse, Brittany Knowles, the volunteer who brought boxes of pizza for people who voted on their lunch hours. Photo by Emilee Jackson 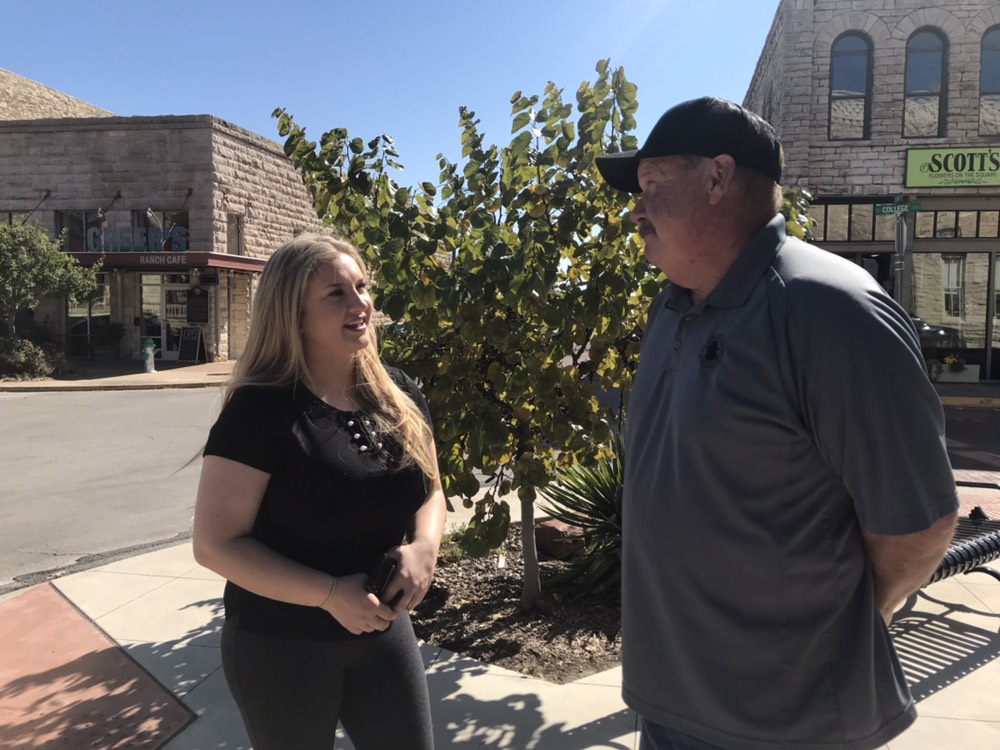 Texan News reporter Rachel LaCroix interviews John Wooley, Erath County’s facilities director. When asked why people should vote, he responded, “It’s your voice in the government….It’s my opportunity to have a voice in my political party. It’s the most important thing you can do.” Photo by Hannah Mabry 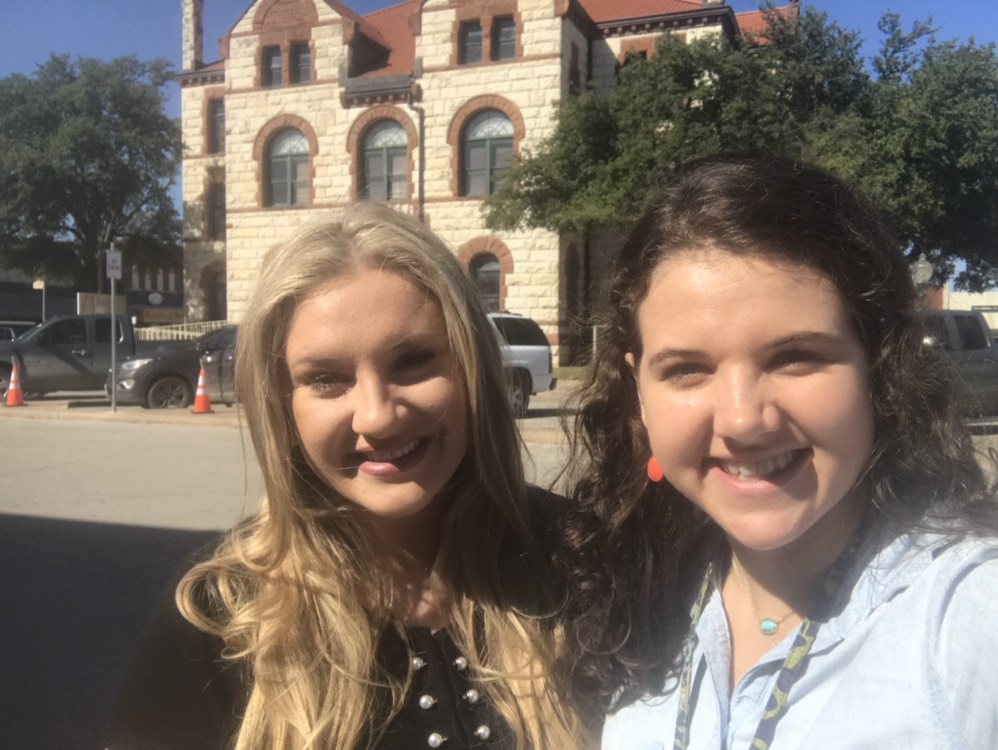 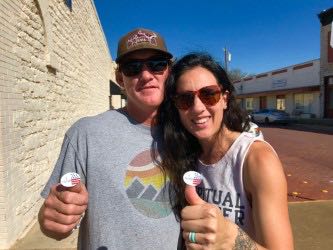 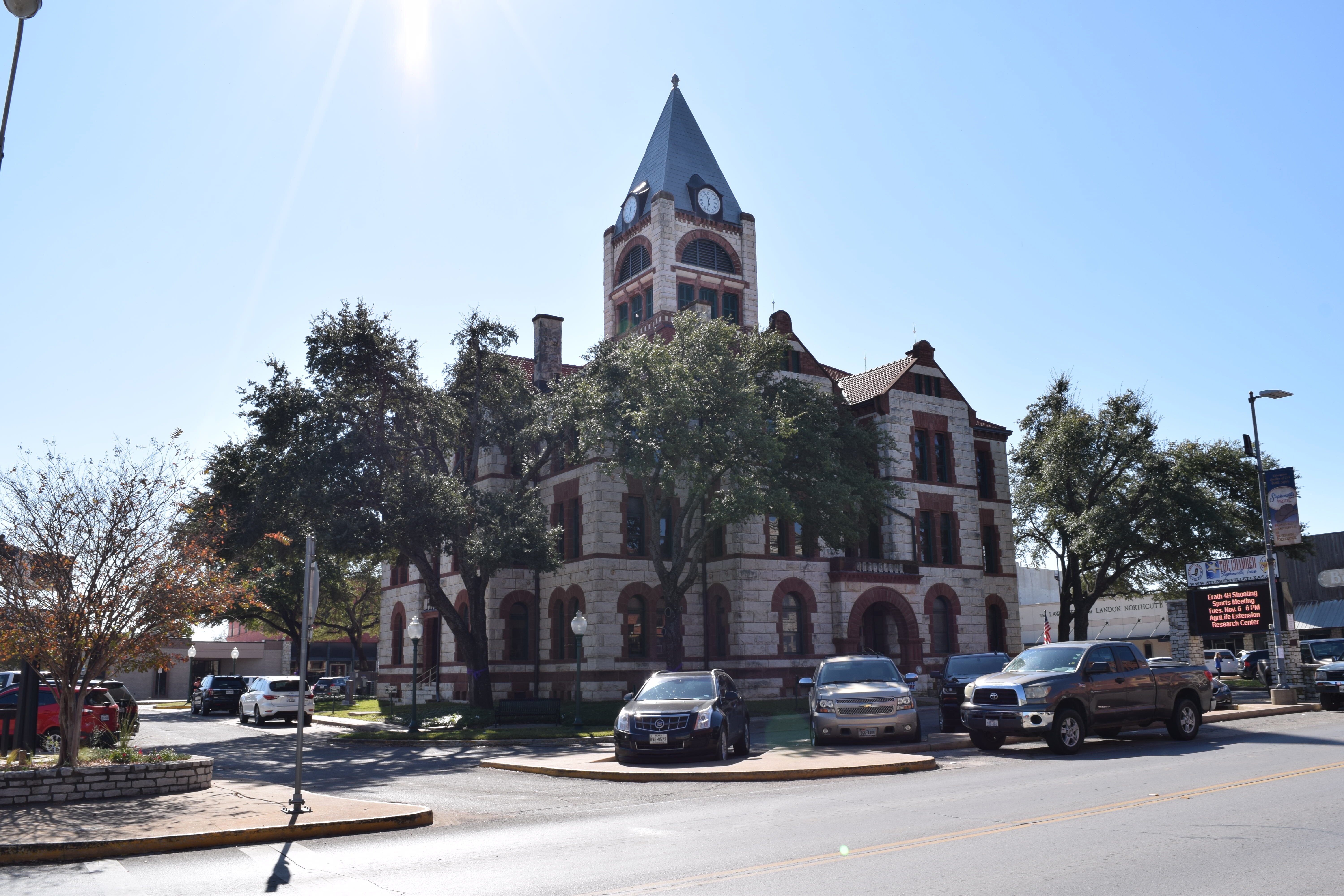 Election Day started out gray and chilly, but by afternoon turned sunny and warm. Photo by Alex Huerta 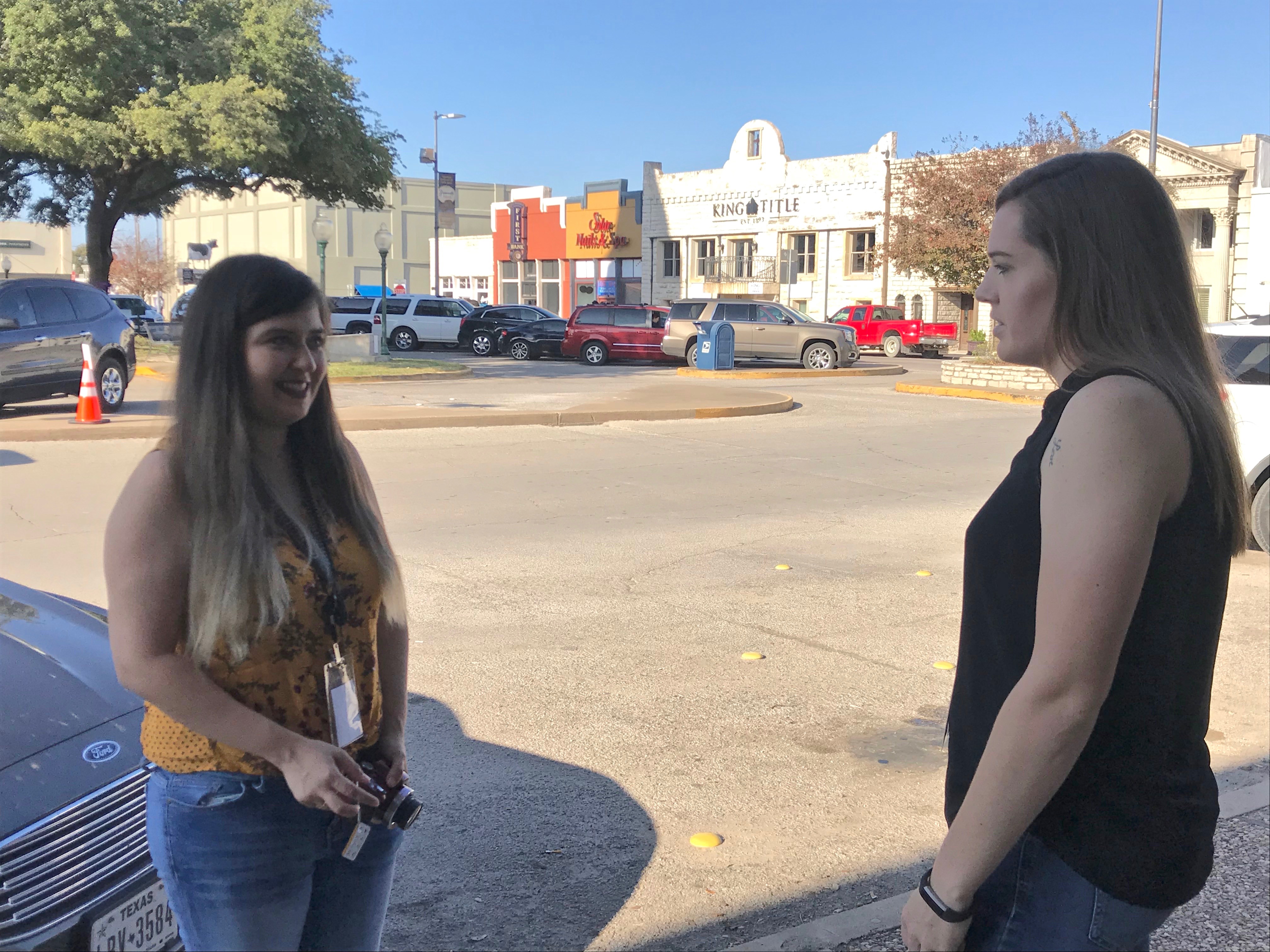 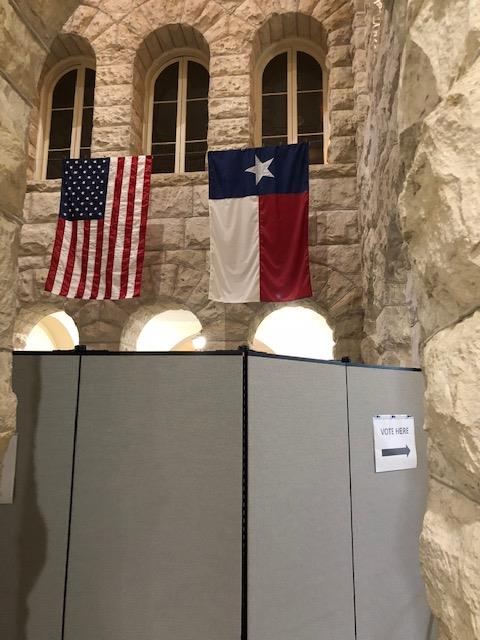 The scene at the courthouse as the polls opened Tuesday morning. Photo by Bobbi York 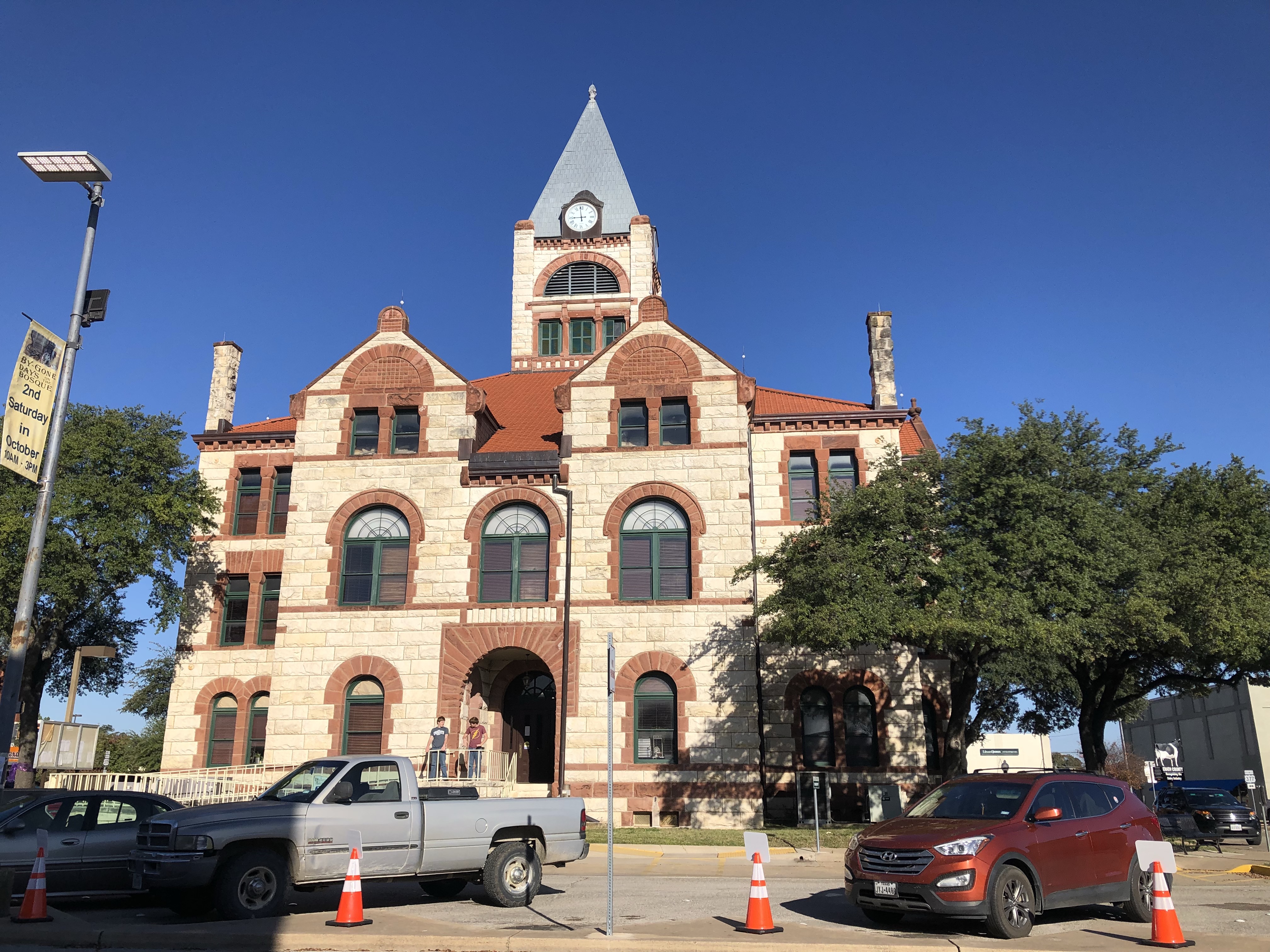 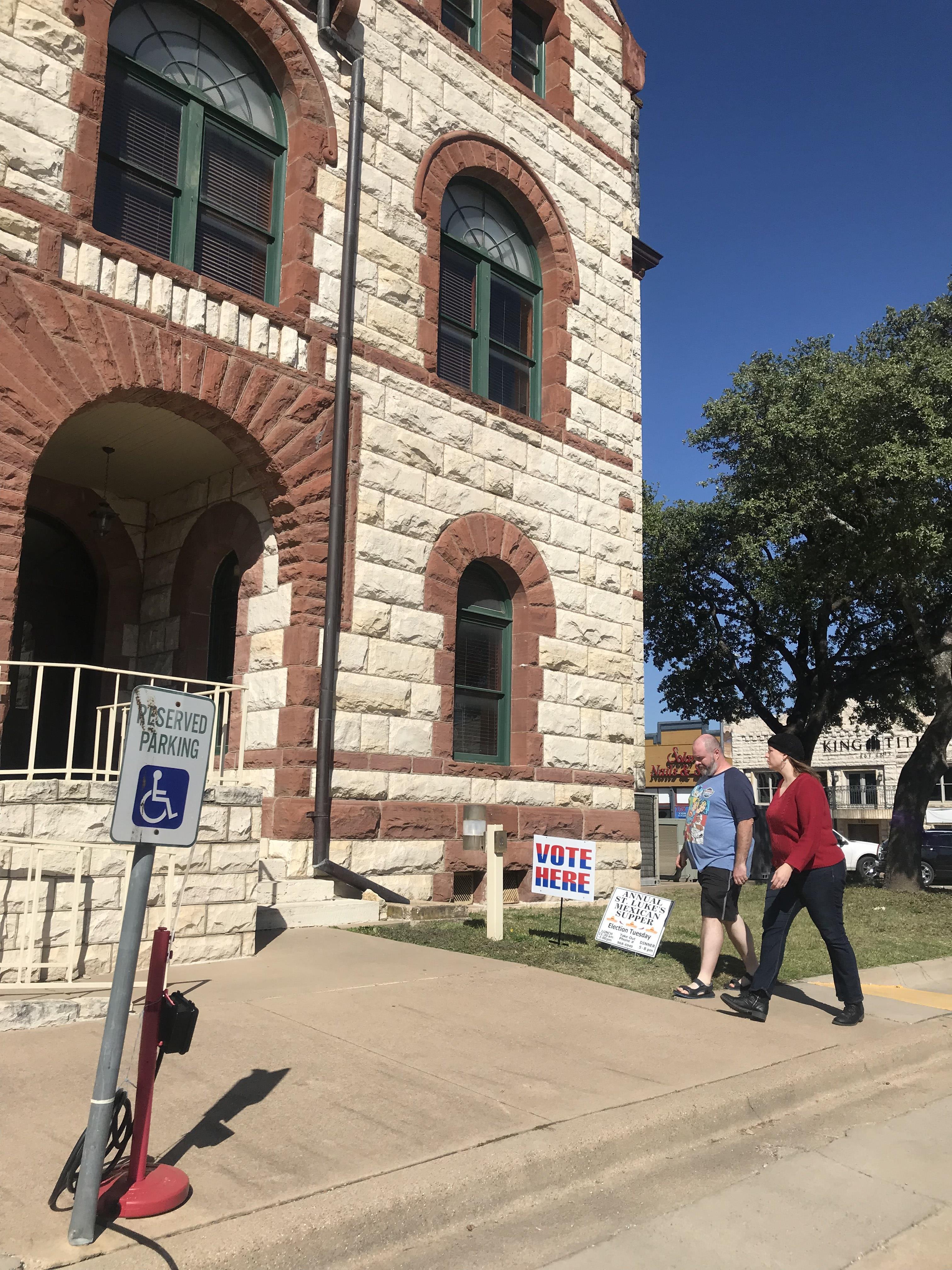 Two voters make their way into the county courthouse. Photo by Loida Albarez 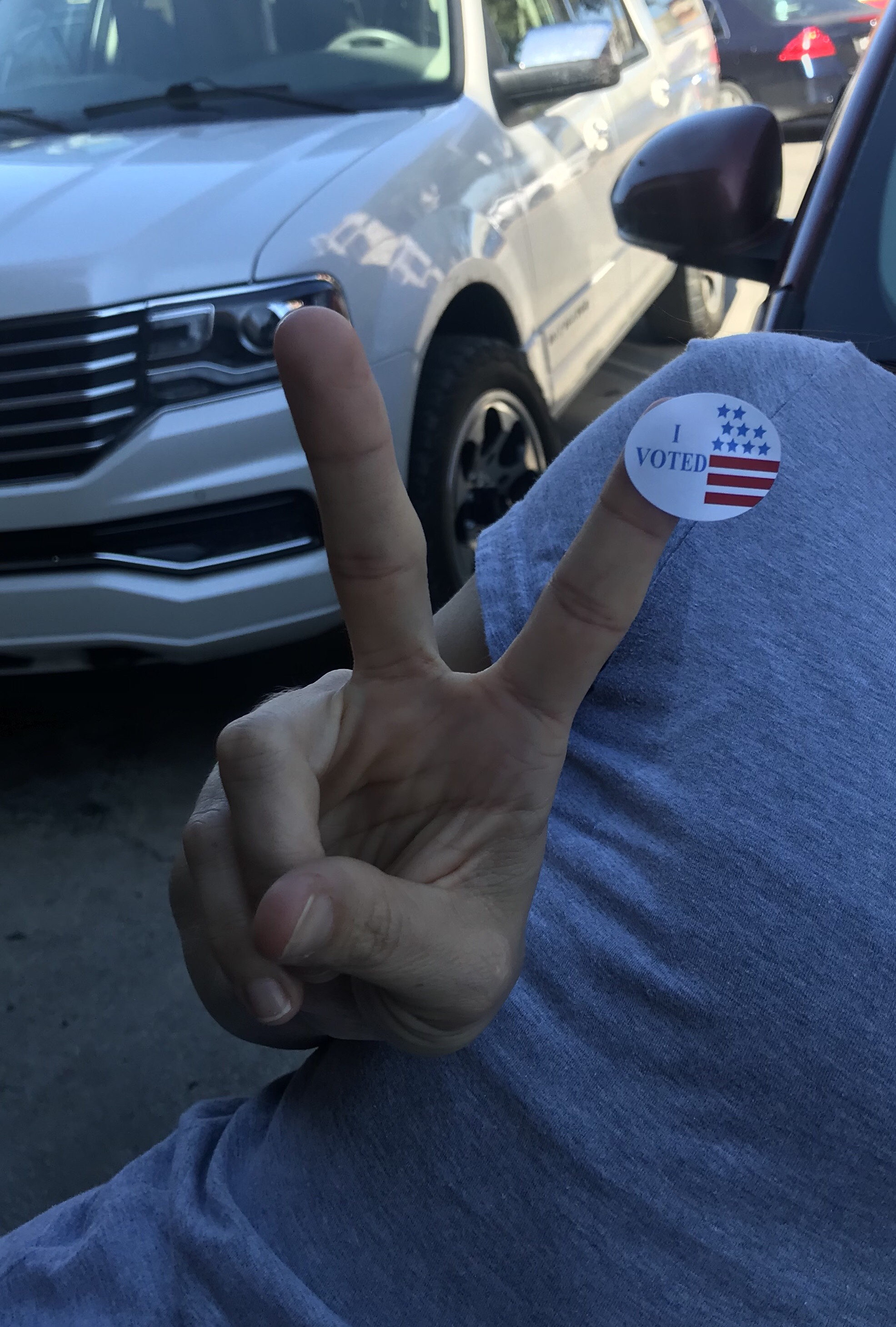 A proud voter displays a sticker. Photo by Loida Albarez

A sandwich board directs voters to a polling place. Photo by Chandler Collums 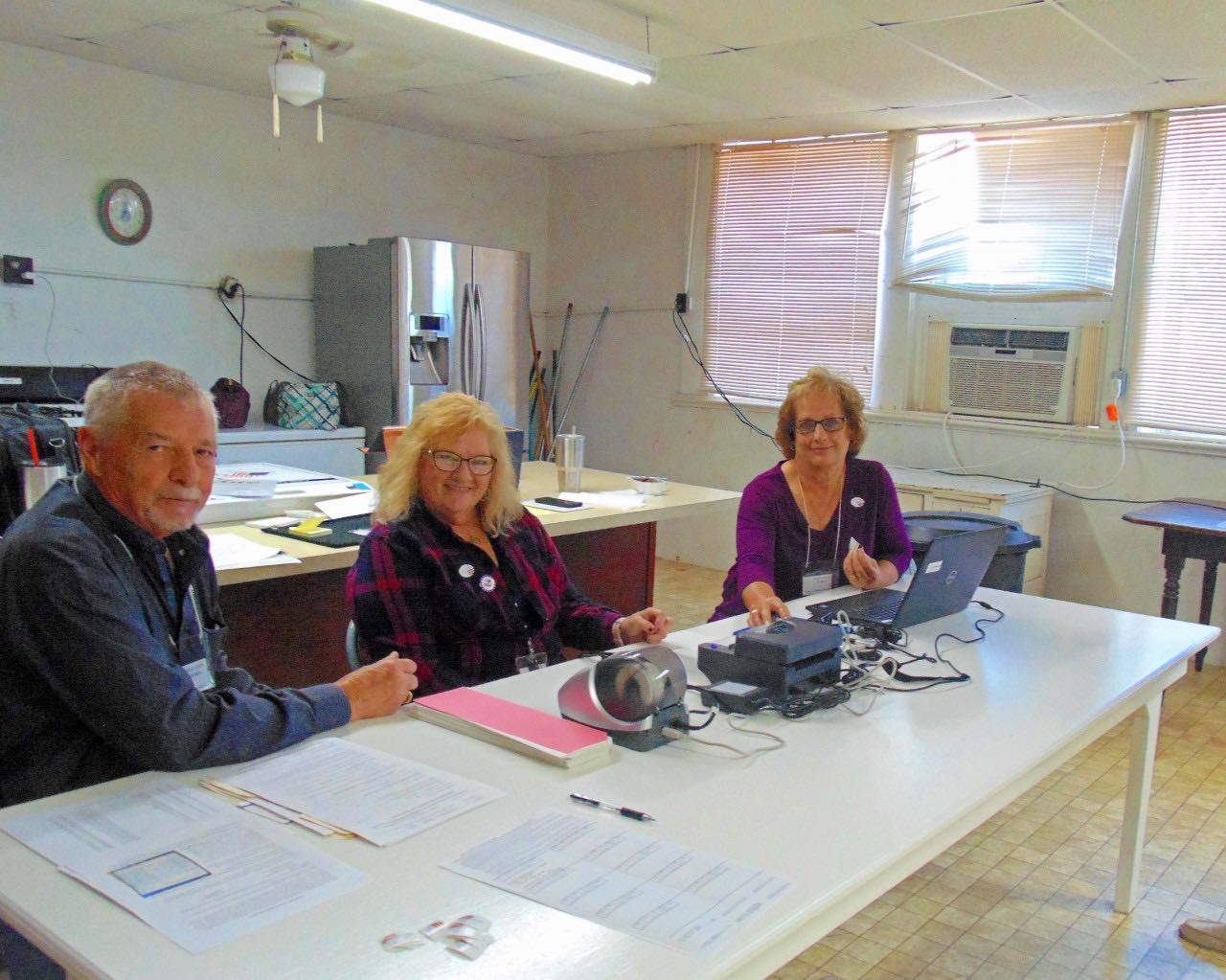 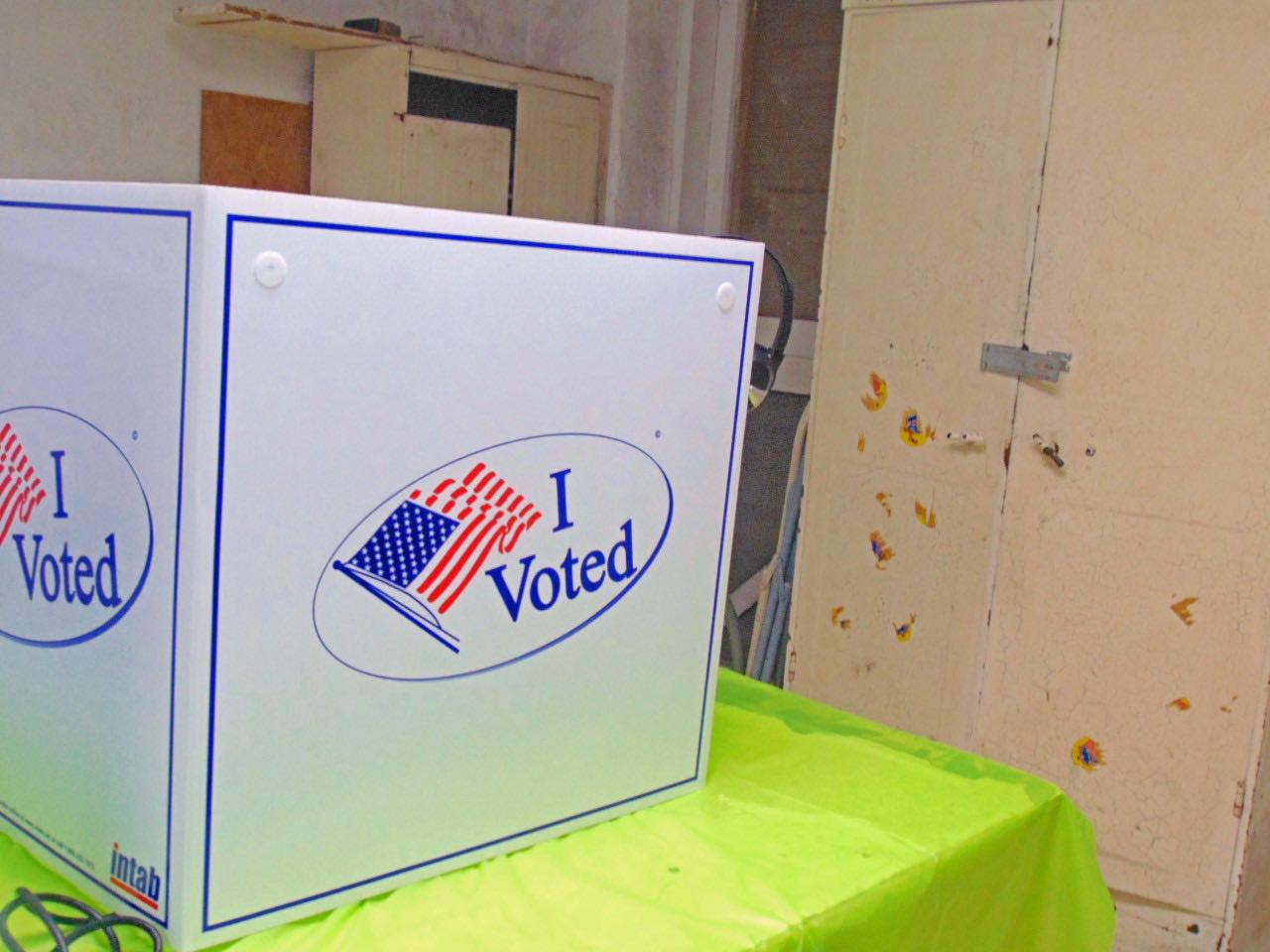 A voting machine is ready to go at the Selden Community Center. Photo by Madelyn McKenzie 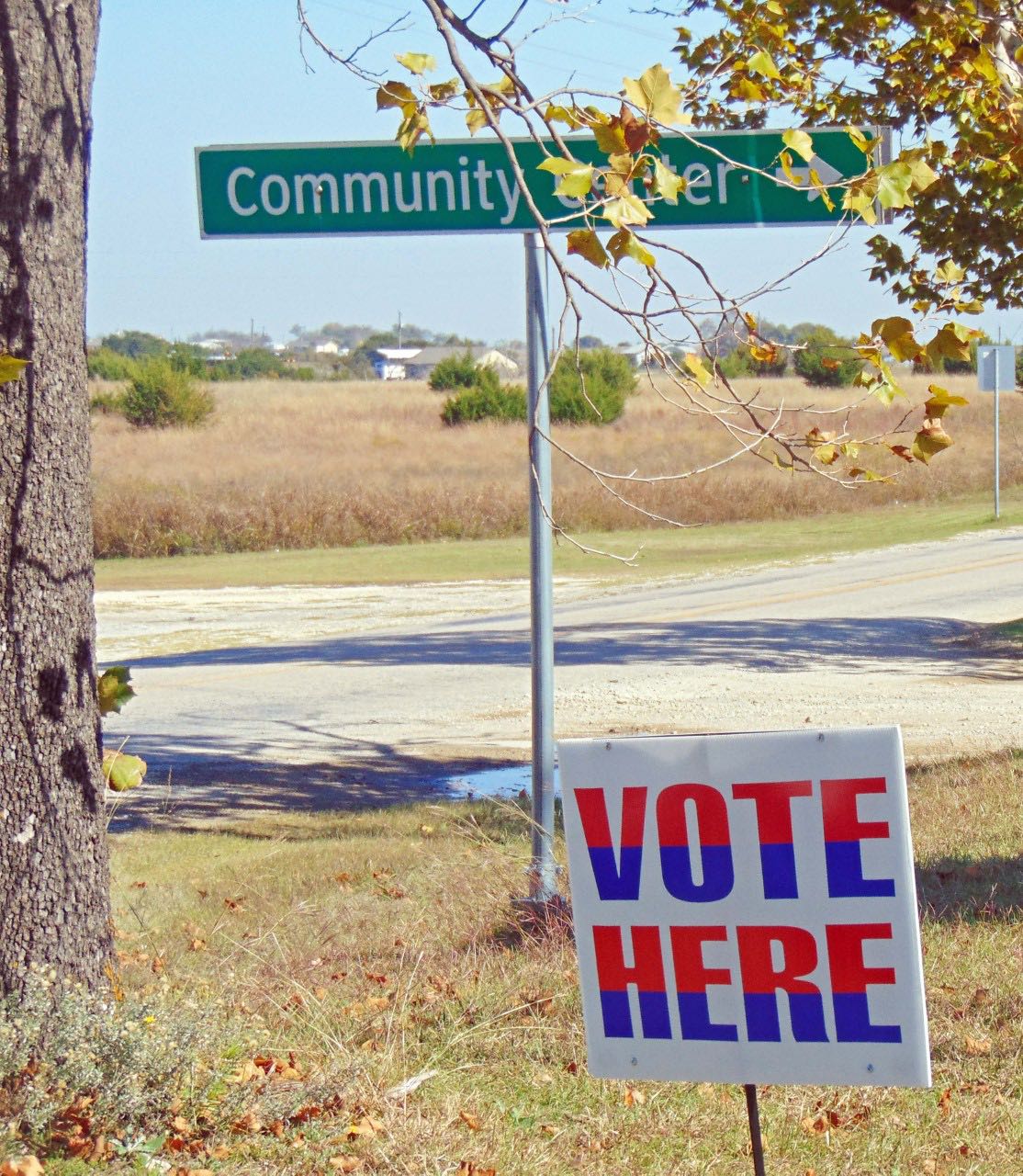 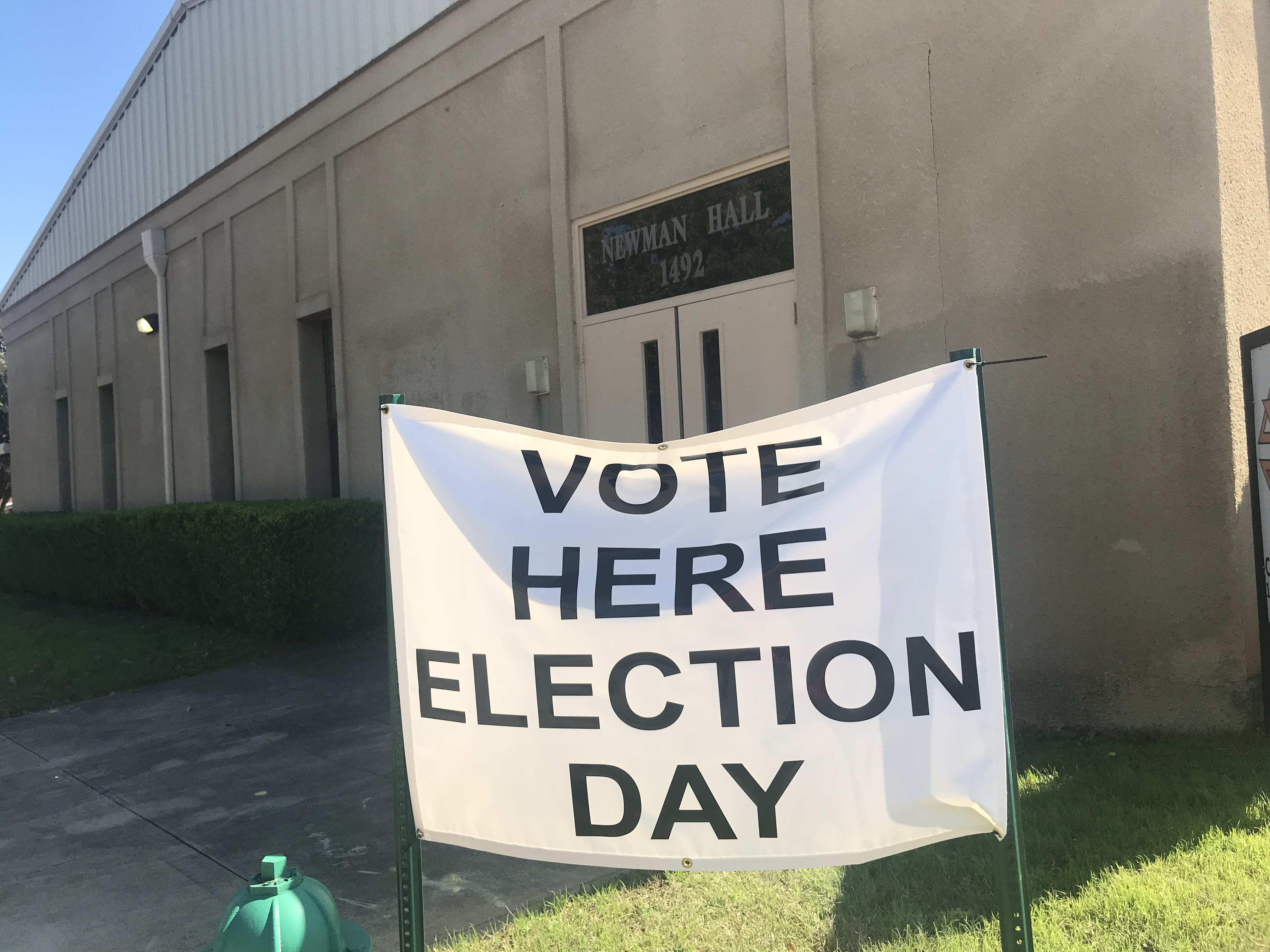 Newman Hall located on Washington Street was among the polling places open on Election Day. Photo by Kylee Newman 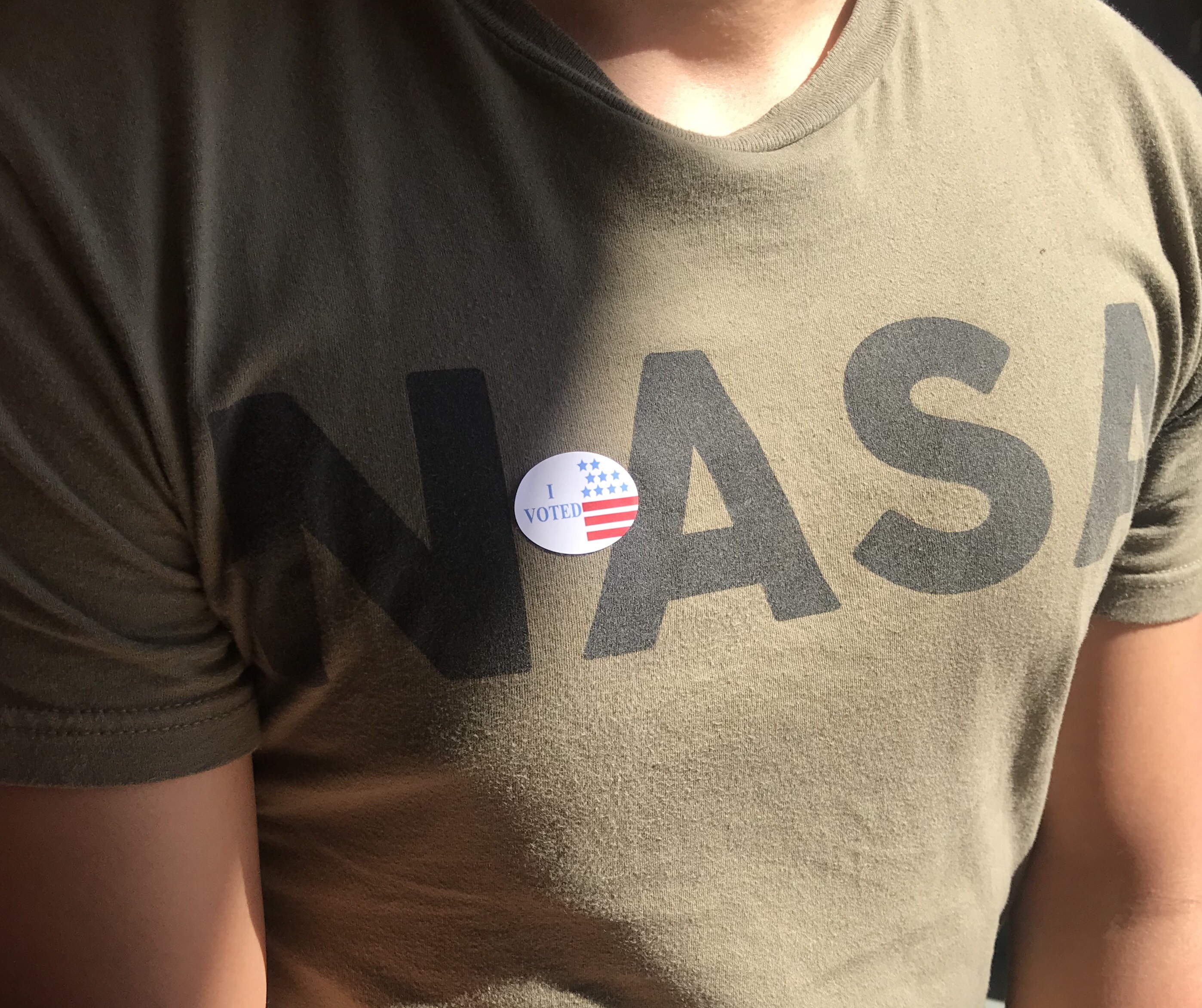 A voter who preferred to stay anonymous shows off his “I Voted” sticker after casting his ballot on Election Day. Photo by Kylee Newman 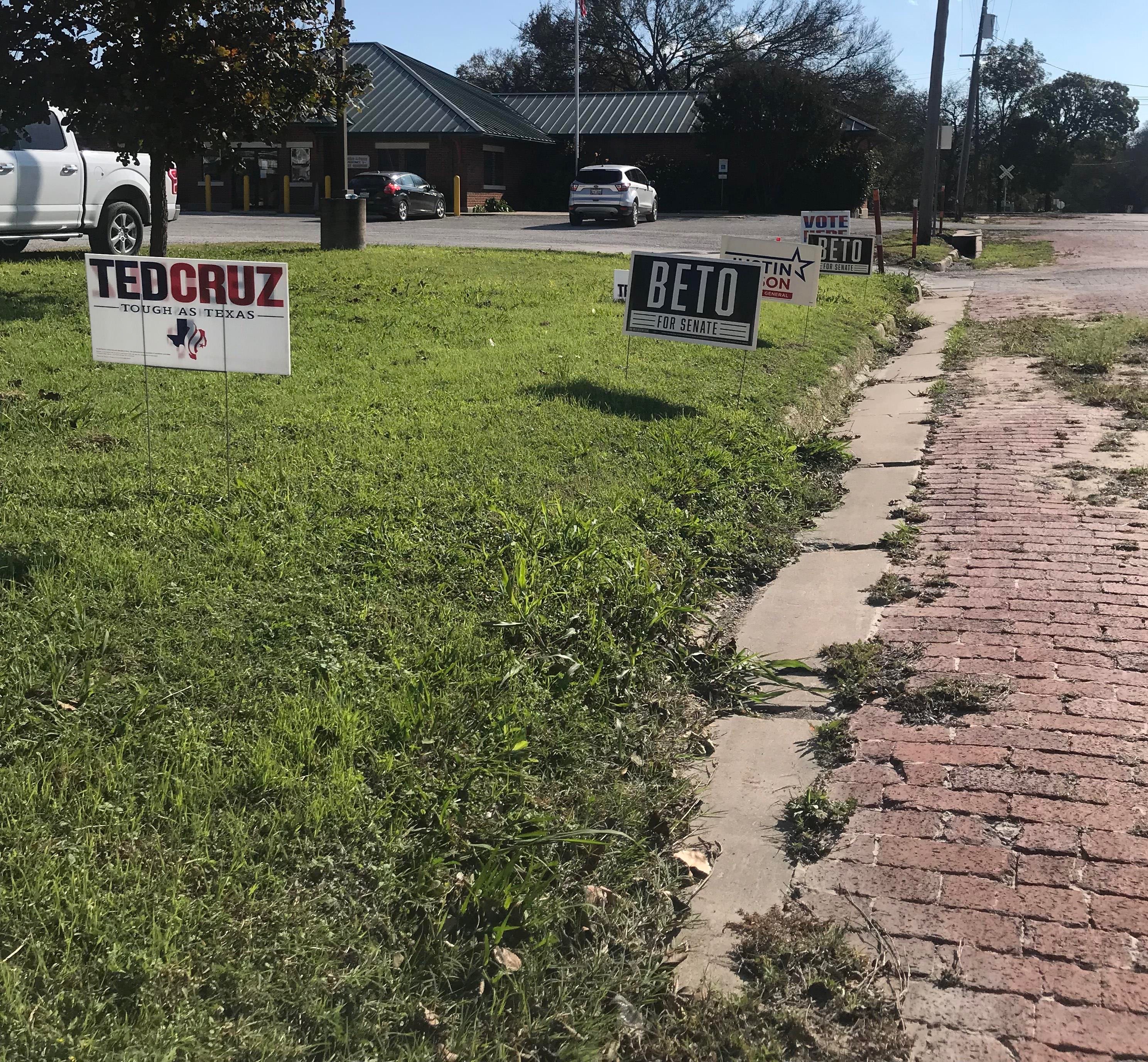 Campaign signs lined up outside the county annex polling place in Dublin. Photo by Loida Albarez 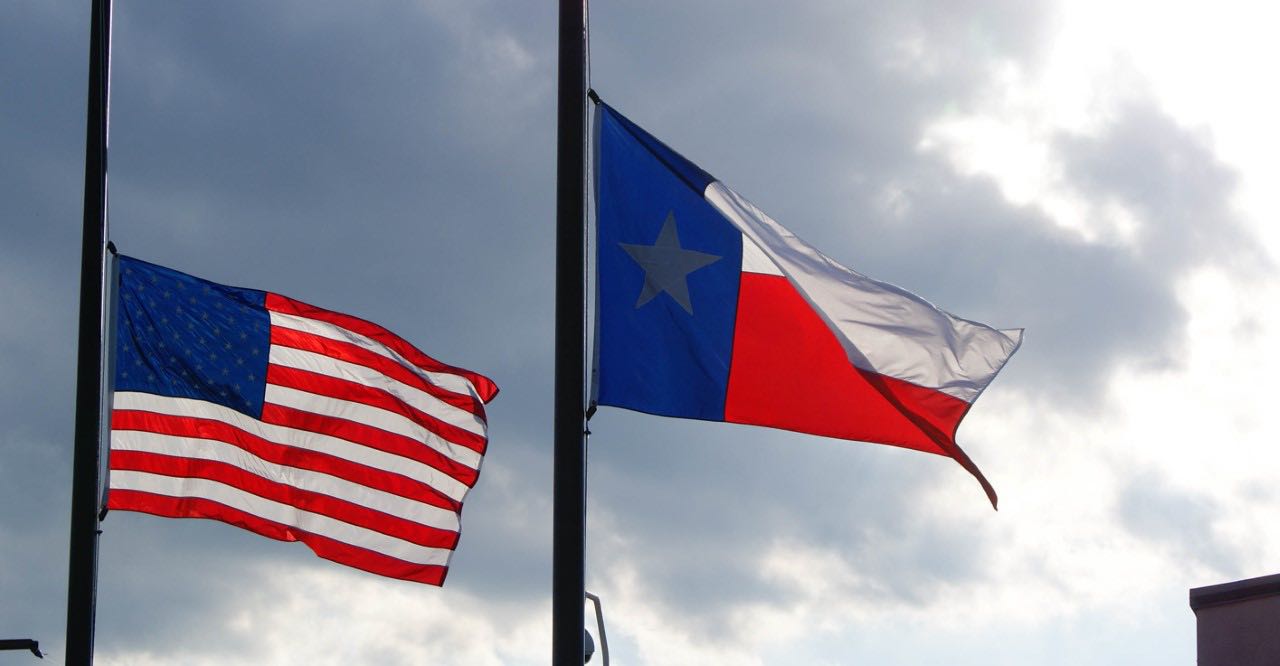 The Texas and American flags wave side by side at the courthouse. Photo by Alexis Brown 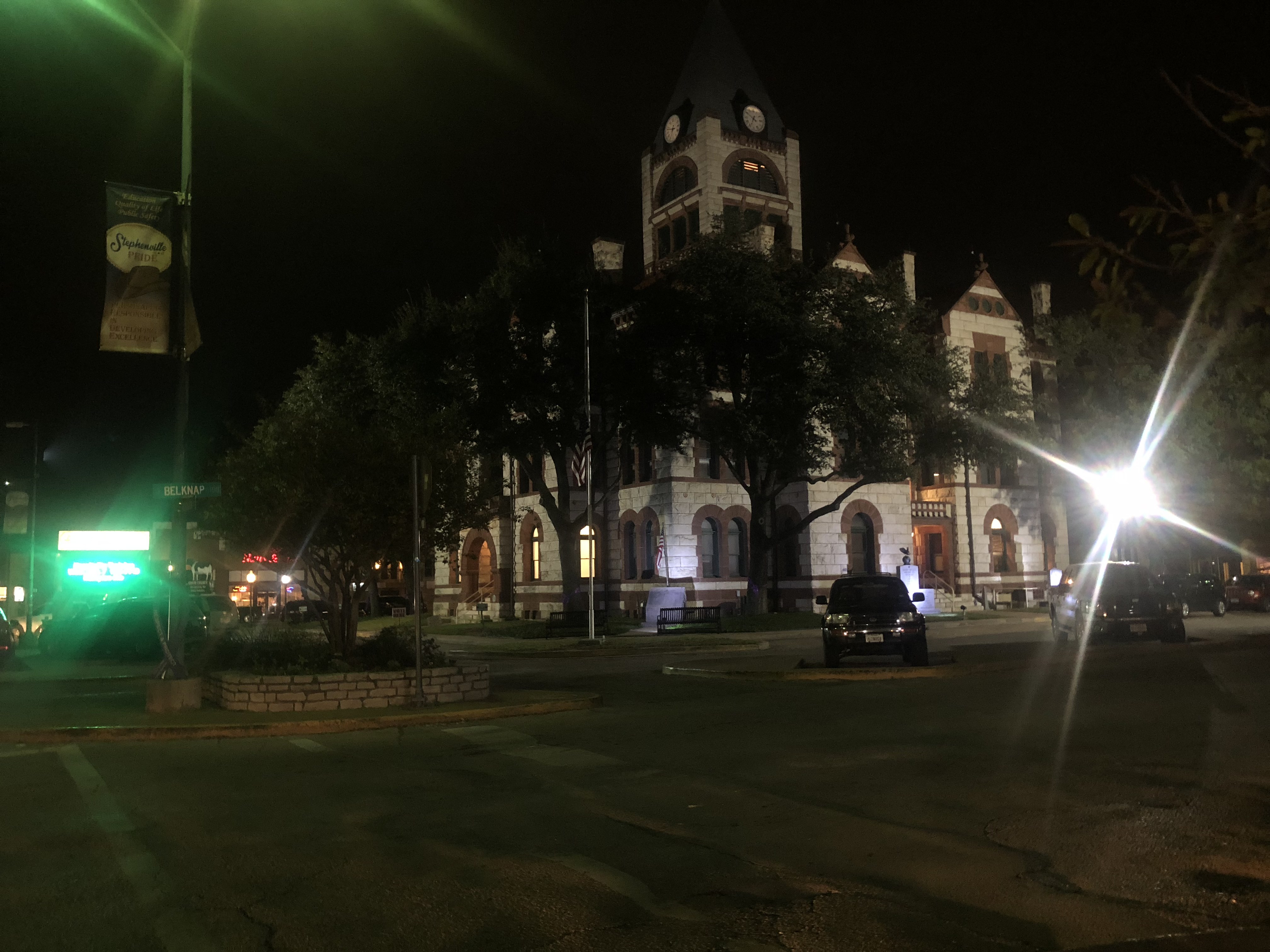 The Erath County Courthouse as night falls and voting comes to an end. Photo by Makenzie Plusnick 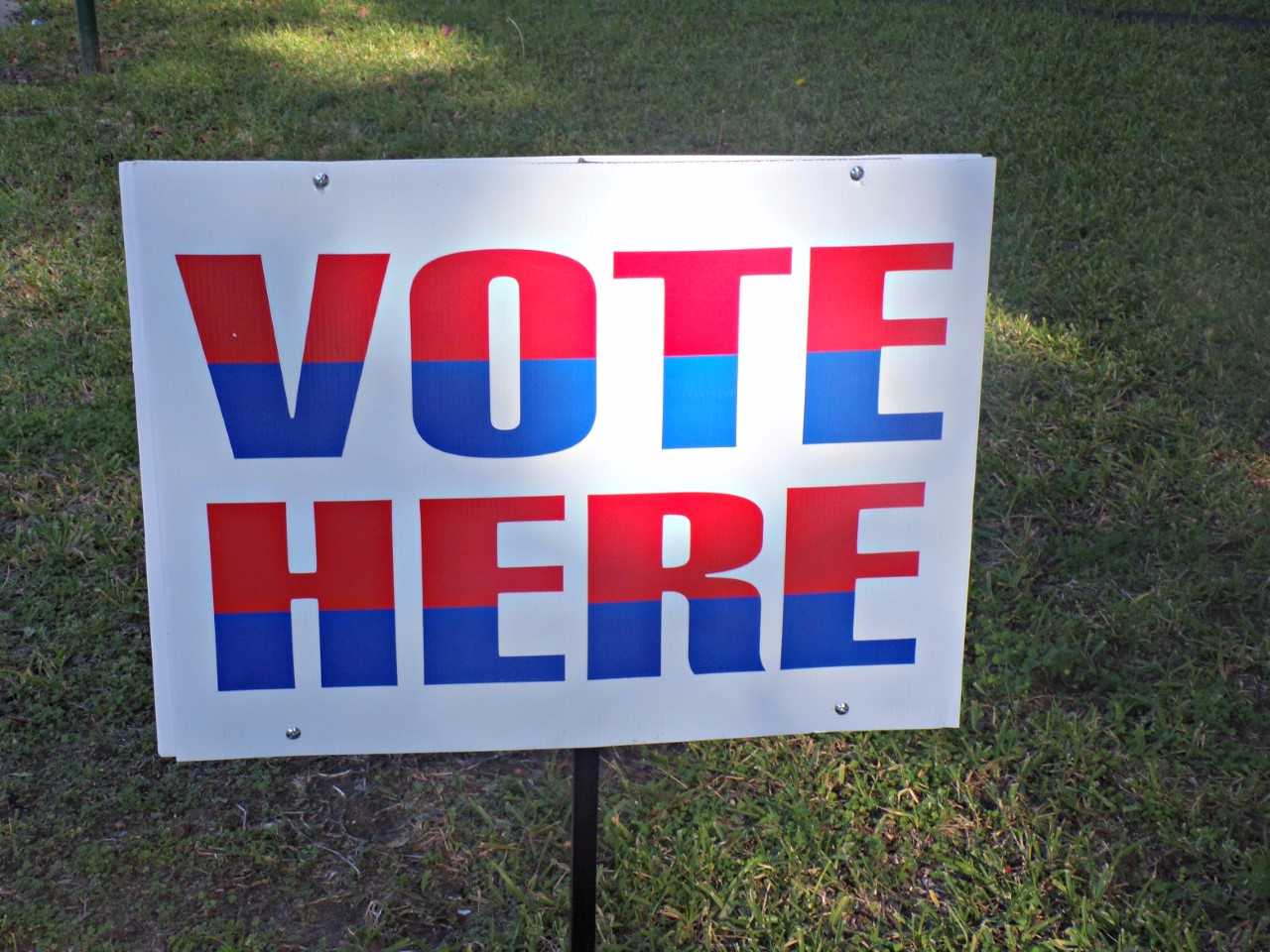 Signs were posted letting citizens know where to vote.
Photo by Stephane Sanchez.