First Responders of Erath County traveled down to the coast to donate goods such as food, diapers, socks and all kinds of non-perishable items to those affected by Hurricane Harvey. 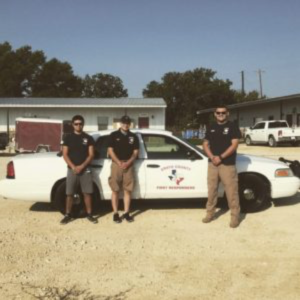 Erath County First Responders drove down to the Houston area to help the victims of Hurricane Harvey. Photo courtesy of Ryan Drake.

Hurricane Harvey, the first major and disastrous hurricane to make landfall in over ten years, hit the Gulf of Mexico on August 25, 2017. The eye of the storm, which is the part of the storm that has the strongest power, hit a small town called Rockport, Texas. The town is oceanside and has damage that will take years to replace. Hurricane Harvey also devastated Houston, Corpus Christi and the surrounding towns.

The wind and rainfall that came along with the hurricane took apart houses, killed people and had record breaking flooding all across Texas’ Gulf of Mexico.

Texans from across the state, musicians from across the country, the United States Military and first responders everywhere came together to save people from their homes, gather much needed items and raise hundreds of thousands of dollars. The people of Erath County also stepped up to go help their fellow Texans down south as well.

Ryan Drake, lieutenant of the Erath County First Responders, explained that several first responders were able to travel south for a few days and help “donate relief items, work traffic and block off roads.” First Responders donated, but Drake said, “The citizens of Erath County helped out so much with donating items.”

Drake told Texan News that being able to help those who have lost everything, “was a humbling experience that citizens not just from Stephenville, but everywhere had a mindset of ‘we are here to help.’ Just seeing how helpful Texans were willing to be alone, and for us, it was just about having a hand. Whether it is donating food or going out and looking for people, just being there to help those out in need.”

Regarding whether Erath County First Responders would be able to take a trip back down to the areas affected by Hurricane Harvey, Drake said this past trip was all they were able to do.