Tarleton State University’s Faculty Senate began this month’s meeting by bringing up old business from last month’s meeting. Michael Landis, assistant professor of history, proposed a resolution in which he hoped would be the voice of the students that the administration won’t be or can’t be.

Landis moved to “…create a committee composed of senators and one representative from the Office of Diversity & Inclusion, and chaired by someone other than myself. Said committee will examine the Texan News Service report about inappropriate racial policies and unethical actions by Vice Presidents Kyle McGregor and Harry Battson. The committee will produce a report recommending what action, if any, the Senate should take. The report will be presented to the Senate for that body’s consideration.”

Landis added, “This could be the first step to officially look into what’s going on and perhaps this committee will find nothing, or decide that the Senate has no business doing this or find that there is nothing we can do. But I urge us to take that first step and at least show the students if not ourselves that we can be forceful for good here.”

Once Landis’s proposal was brought to discussion, the Senate discussed what issues were at hand and came up with two issues that were mentioned in the proposition: recruiting policies and the actions that were taken on the surface seem to cover up any prior action that seemed to occurred with Renee Warner being offered another job. 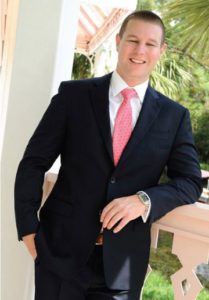 Dr. Michael Landis, assistant professor of history, proposed at the Faculty Senate meeting, that they should create a committee to investigate “inappropriate racial policies and unethical actions by Vice Presidents Kyle McGregor and Harry Battson.”
Photo courtesy of Tarleton.edu.

After the Senate read the report written by Texan News Service this summer when it was first brought up in October’s Faculty Senate meeting, there were concerns on whether or not the interpretation of the problem was strictly an advertising issue on attracting more of the white male population to the university.

Another concern the Senate faced after reading Landis’s proposition was the verbiage that was used. The words “inappropriate” and “unethical” were struck by amendment because it made it appear that there had already been a decision made about the problem at hand.

President of Faculty Senate and the associate professor of mathematics, Dr. Keith Emmert said, “One thing we need to be careful of is that this went all the way to the Board of Regents. So it’s not a local issue, other people outside of our president looked at it and has decided that whatever happened is proper.”

The Senate had questions about what other reporting evidence could be used other than the report by the Texan News Service to avoid a “he said she said situation,” and Landis said, “All we based it on is on the reporting of the Texan News Service and to my mind there’s enough smoke to see if there is a fire and it might be that there isn’t a fire, but I think it would be up to us to see if we go through these motions.”

Dr. Anthony Pursell, Director of Bands related the issue to his recruiting policies or a football coach’s recruiting policies. “I guess my concern as a recruiter for the university for a specific program is that, I don’t have a recruiting policy, except that I go after students in areas where I’m going to have a need. For instance, if I need a tuba player, much like a football coach needs a quarter back, I’m going to go heavily after a tuba player or quarter back. When the university is looking at these national trends it is Tarleton’s responsibility to respond to that and the language maybe could have been done differently, but much like what I look at what my needs are in the ensemble, the band, the football players, the coach has to recruit. I see being the same exact issue, granted race is a much bigger topic to look at when you speak about it appropriately or inappropriately, that’s for the interpreter to decide,” Pursell said.

Landis said, “I feel like us doing something is an important action for ourselves, the administration, the student body, that the Senate matters. When students come ask me what are you doing? I want to be able to say ‘we are working on it with the faculty and Senate, we have noticed it.’”

Manon Shockey, instructor and horticulture center manager, Faculty Senate secretary and treasurer said, “My thing is that anyone who is going to serve the committee is going to get a lot of attention even if we don’t do anything but report to this body. But I think that is a concern a lot of people have. It’s not supposed to be a concern but retaliation happens.”

A Senate member suggested that if such a committee is formed that Landis is not to be part of it.

Emmert said, “I don’t think this is our problem to be honest. We are supposed to be dealing with faculty issues and there are other faculty that feel the same as well.”

After the discussion, a vote was made leaving Landis’s proposition to create committee to be denied with six in favor and 14 against.