With flu season currently in full swing, many people who haven’t received a flu shot are spending their days with aches and pains. For over 10 years, Tarleton State University’s Student Health Center has been offering help to students, staff and faculty by providing $20 flu shots.

Although the seasonal flu may be caught as early as October, it normally peaks around January or February, which is why it is recommended students get a flu vaccination as soon as possible. (This year it’s hanging around even longer.) The flu virus, which can be spread easily through a cough or sneeze, can be prevented if you take the proper precautions. 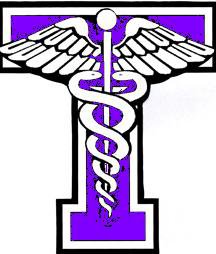 “The most important step to take from spreading the flu is to stay home from classes, work and major functions until your temperature is less than 100.5 for 24 hours without fever reducing medicine such as Tylenol or ibuprofen,” Bednarz explained.

“The body during this time needs lots of rest and hydration,” she added. “Fever can dehydrate the body, so it is important to drink plenty of fluids. Tamiflu is a prescription for the flu, but must be used within 48 to 72 hours to be effective.”

No appointment is required to receive a flu shot. The hours of the Student Health Center are Monday through Friday, 8 a.m. to 5 p.m. According to Bednarz, 306 students, staffs and faculty have taken advantage of the flu shots offered at Tarleton. In the fall, two flu shot clinics were held in collaboration with the Tarleton School of Nursing.

The Student Health Center isn’t the only organization on campus that is offering a helping hand to the Tarleton family. The Dining Services operation is allowing students with the flu to have meals arranged to be picked up by a friend, roommate or other person.

Student David Byrom said he would have taken advantage of the meal arrangements had he known about it when he had the flu.

“Having the flu the first week of the semester was rough,” he recalled. “I wasn’t aware the meal pick ups were an option when I had the virus. Otherwise, I would have used them.”

For more information about the flu, appointments or any other health concerns, contact the Student Health Center at 254-968-9271. To make arrangements for meal pickups from Dining Services, contact Kim Miller by phone at 254-968-9445 or email at kmiller@tarleton.edu.