With football season right around the corner, Texan News decided to take a close look at what Tarleton State University football has been up to this off-season. 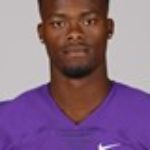 When it comes to preparation for the upcoming season, hitting the weight room is important to Texan football. Coach Todd Whitten bragged on his team and his Athletic Performance Staff, especially Coach Cole, saying they “do a fantastic job of getting our guys in shape.”

This year, improvement from past seasons was “just about getting better in certain aspects of the game,” said Coach Whitten. “We’ve focused on adding more physical players up front and I think my coaching staff did a great job in recruiting to bring in guys with great size and physical ability.” 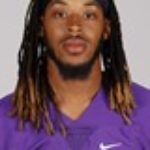 There are many aspects of the season that football players can look forward to. Coach Whitten said he and his team are “looking forward to going out there and competing and trying to get better each and every day. We’re working hard to prepare ourselves for Delta State and as long as we get better every day until that point and continue to improve ourselves every day after that point, then I think we’ll be alright.”

Leadership roles are important to have on any team. Regarding who has been the biggest leader on and off the field so far, Witten said, “Del’Michael High and E.J. Speed have been two guys who have really stepped into bigger roles for us. Both of those players had really nice seasons last year and we’re excited to have them back.”

With Tarleton football averaging 27 points per game, many fans will be looking to see just how well the team does with their physical strength and dominant players.