Former Tarleton basketball player Fabian Wilson remains in jail after being arrested Oct. 20 on accusations of breaking the terms of his probation.

Wilson played basketball for Tarleton from 2010 to 2012 and went on to play for three professional international teams. Wilson was arrested after being stopped at the Los Angeles airport. He was extradited to Texas and booked into Erath County jail on Nov. 11. 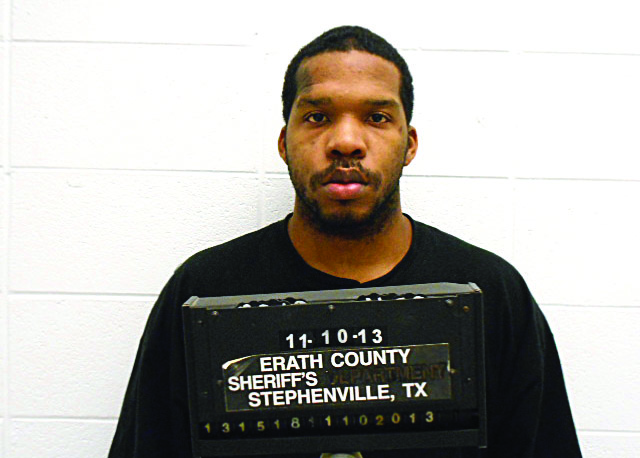 The case against Wilson started over three years ago when he was accused of sexually assaulting another Tarleton student on Jan. 30, 2010, in Traditions Hall. The campus police investigated the allegations against Wilson and then forwarded the case to the Erath County District Attorney’s office for review and possible prosecution. When the case went to court in 2010, Wilson accepted a plea deal for a lesser sentence of unlawful restraint instead of the sexual assault. The sexual assault was dismissed by the court. Unlawful restraint is a third degree felony that carries a maximum sentence of 10 years in prison. Sexual assault is a seconddegree felony, which has a maximum sentence of 20 years in prison.

In a plea bargain, Wilson was placed on five years deferred adjudication probation, fined $1,000 plus court costs, ordered to complete 200 hours of community service, and banned from having contact with the victim. Records show that Wilson initially complied with the terms of his probation, then failed to report to his probation officer and pay probation fees for five consecutive months.

According to Tarleton Sports, he played in all 30 games his junior year and was third on the team for points-per-game and for blocks. During his senior year, he played in 33 games and averaged 27.5 minutes per game and scored 13.1 points per game. After graduating, Wilson went on to play professional basketball for Argentina, Finland and Kosovo. Wilson most recently was playing for a team in Kosovo, a country in southeastern Europe.