The video game Fortnite has become a sensation across college campuses all over the country, including at Tarleton State University. You can learn more here about fortnite and how it’s managed to take the nation by storm.

The game, which was released in July 2017 by Epic Games, is a free online multiplayer game in which players fight for survival after a catastrophic storm has wiped out most of the world’s populations and zombie-like creatures try to kill off the survivors.

Although the game has brought people together to socialize and form friendships, it also can have a negative effect on a student’s focus and priorities.

Since Fortnite was released, the number of players increases every day. According to the video game news site VG247, by October 2017, just three months after the game’s release date, over 10 million people around the world were playing the game.

Students all over the country regularly get together to play. One reason that it has become so popular is that it is free and can be downloaded quickly. 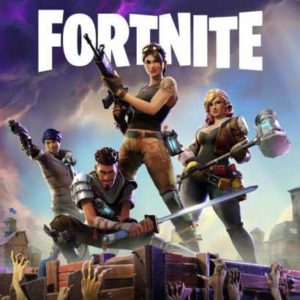 Fortnite was released in July 2017 by Epic Games. Millions of players across the nation are playing this game as of August 2017. Photo courtesy of epicgames.com

The game’s negative impact is that students are sacrificing their school responsibilities for the game. For example, many students will study less and play the game instead, resulting in lower grades. Also, some students stay up all night playing Fortnite and skip their classes the next day to make up for sleep.

Mario Campos, a freshman at Tarleton, said, “I cut down my study hours to about three hours per day when I used to study five to six hours before I started playing.”

On the other hand, Fortnite allows students to socialize and connect. Because it is a multiplayer game, students can make new friends and grow closer to their existing friends through teaming up to play the game.

Tanner Hall, a junior and residential leader, said “It impacts students’ social lives because you spend more time with your friends. You have to talk to them when you’re playing the game.”

You can see that it isn’t just a fad with the kids and teens because there are grown adults who choose to spend their spare time playing this game with gamers even making money off of it. Some have reported that they have even changed to a faster but affordable broadband provider thanks to USave in order to stop lagging in the game. That’s how popular it is!

Its popularity is something for game developers all around the world to aspire to. In fact, Fortnite may be an encouragement for aspiring game producers to put their ideas into a game making software, like this one, for a potentially global game.

Any video game or recreational activity can interfere with school and priorities, but Hall says there are ways to manage your time to gain the social benefits of playing Fortnite without decreasing your GPA.

“I believe that Fortnite does benefit students’ social lives,” Hall concluded. “As long as they still do their homework and focus more on school than on the game, then I think it’s a great thing.”