Kent Styron, the director of risk management and compliance, and Harry Batson, the assistant vice principal of marketing and communications, say the frequent gas leaks and power outages at Tarleton are due to Tarleton’s age and infrastructure improvement projects that are underway.

Last semester, Tarleton experienced a power outage on Nov. 29 and Dec. 8, and a gas leak on Dec. 5. 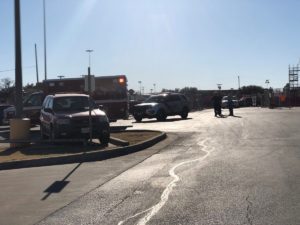 Styron said that a Code Purple was not released regarding the gas leak on Jan. 24 because the leak was quickly shut off.

“Upon arriving at the scene, first responders immediately took action to evacuate both O.A. Grant and Ferguson Hall as a precautionary measure,” he said. Tarleton personnel capable of sending a Code Purple arrived on the scene shortly thereafter.

“Once the leak was confirmed, the steps to send a Code Purple were initiated. As this process was being completed, we received world the gas had been shut off and the potential threat had been mitigated,” Styron said. 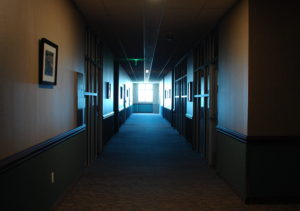 “The majority of incidents have directly resulted from the utilities and infrastructure project, but that project itself results from the university’s age and growth.  We are bringing utilities up to date, including taking the power lines underground which will make a much more attractive campus, and improving them, including adding more capacity, “ Batson said. “The Stephenville campus now has nearly 10,000 students, creating increased demand for water, gas and electric services. Two of the power outages were the result of Oncor needing to repair equipment before it actually failed and caused a broad power outage.”

“The bottom line is that the university’s initiative to address aging and inadequate utilities, while also building beautiful pedestrian walkways for the campus, has created a few inconveniences, but will serve the students well for the coming decades with underground power lines, elimination of storm drainage flooding, and adequate utilities to handle the students, faculty and staff on this campus,” Batson said.

Styron said he is in contact with the Texas A&M System officials about trying to reduce the negative effects that the infrastructure project has had on the university.

“We have continued to have conversations with the system project managers as well as the contractors about the number of disruptions. Obviously, this is a unique project where we are replacing decades old utilities across a wide portion of the campus, dealing with lines at various depths,” Styron said.

Styron said he had plans to meet with the system officials last week to “discuss a plan of action to minimize any further impact on the campus.”