Tarleton State University received a $221,520 grant after Title IX reports for trauma-related incidents more than doubled from 2014 to 2016. Individuals who have gone through a traumatic event often need the help of a counselor Napa to help them recover from the incident – it allows them to grow and to use different healing techniques.

According to records, 30 cases of trauma related incidents were reported to Title IX in 2014. In 2016, 67 were reported.

These cases include non-consensual sex, sexual harassment, stalking and relationship violence. Several of these reported incidents occurred prior to the student attending Tarleton.

University officials say they hope to combat the increase in trauma-related reports with a $221,520 grant from the federal government.

Student Counseling Services applied for the “College Campus Initiative” grant from the federal government in late July and learned that it was funded the week before Labor Day. The grant was funded by two federal laws: The Victims of Crime Act and the Violence Against Women Act. 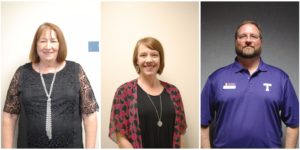 Caris Thetford, a substance abuse and violence prevention program coordinator at Tarleton, says “our counseling numbers have gone up every semester… And we see a pretty tremendous amount of trauma through the counseling center.”

Faulkner said that the grant means “we’re able to address the concerns in the strategic plan that was signed in April.”

Thetford said the plan “outlines where we want to go over the next five years, including expanding some of our programming and training, doing a more thorough job of data collection and using that information more thoroughly and also adding campus advocacy. That was a big piece of this plan, bringing advocacy to campus.”

Thetford says that on-campus advocacy not only means helping students mentally and emotionally recover from traumatic incidents, but also helping them with academic needs such as tutoring or even changing classes if needed.

Additionally, victims of trauma can move to a different resident hall if they were traumatized in a hall on campus. Victims can also get connected with more on-campus resources that can help them in their process of recovering from a traumatic event in their life.

“Whatever it is that they’re struggling with, we can be kind of their one stop shop to help them connect with whatever support they need,” said Thetford.

“When they’re kind of dealing with that aftermath, when it’s common that survivors aren’t thinking clearly, it can be really hard to remember things,” she explained. “It can particularly be hard to remember lots of details [such as] ‘go here, call this person, contact this person.’ We can help them navigate those things to try to make their life on-campus as seamless and successful as possible,” added Thetford.

The Violence Prevention and Response Strategic plan will be implemented for the next four years, and the grant is supposed to help Student Counseling in achieveing some of the goals featured in the plan. Photo by Quanecia Fraser.

Although students will still have the option of reporting an incident with Title IX or to campus police, they do not necessarily have to. And, if they chose not to, “what they say to the survivor advocate or counselors is confidential,” says Faulkner.

Title IX is a federal program that was enacted in 1972 to ensure that male and female students of federally funded universities receive equal treatment in educational programs and activities, including athletics. According to knowyourtitleix.com, The law also protects students who are victims of sexual assault or harassment by requiring federally funded universities to respond to Title IX reports of sexual violence.

Prior to the grant, it was much more difficult for students to get help after being victim of sexual violence without filing an official report. Now, students will have the option of speaking with a survivor advocate who can point them to the right resources and help them in their recovery process without having to file a Title IX or police report.

Bill Alexander is now a full-time survivor advocate and his position is funded by the grant.

Last year, five members of faculty and staff were able to attend Green Dot training. Because of the grant, seven will be able to train with Green Dot this year.

Thetford said that Survivor Advocacy is not yet common at a lot of universities in Texas. “This is still fairly new for a lot of college campuses,” she mentioned.

“Increase our prevention efforts and increase our ability to support our survivors.”

If you or someone you know needs to get in contact with an on-campus Survivor Advocate,