A move is underway to expand the Greek housing situation at Tarleton State University.

Ashley Fell, a sophomore nursing major, is part of the Student Government Association as the Panhellenic Representative. Her first order of business was to expand Greek Housing. She is also the residential leader who is in charge of the Greek hallway. 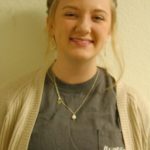 Ashley Fell is one student who wants to expand Greek Housing.
Photo by Rebecca Hernandez

“The idea of living with sisters and being able to bond with them through housing is what made me interested in Greek housing,” Fell said.

A Greek hall has been set up in Centennial Hall on the first floor and the Greek Office is also there.

Before Greek housing/Greek hall was officially decided on, a survey circulated to many of the Greek chapters last spring. The survey asked where a Greek hall or Greek housing (if it is decided on) should go. The majority vote was Centennial.

Even though the Greek Hall currently is in Centennial, Fell wants to move it to a different facility.

“Centennial Hall is a predominately freshman dorm and it is not an updated facility,” Fell said. “No one wants to live here.”

“I don’t even think that my hallway is a Greek hallway,” Fell added. “Out of my 32 residents, only six of them are Greek and that’s including myself. This was a last-minute attempt at a Greek hallway.”

Fell said making students aware of the situation should have begun earlier than last spring. 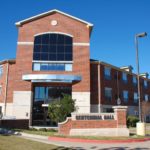 “My main goals are to increase the number of people in the Greek hallway, get the hallway moved to a better facility and eventually, one day, have our own space whether that be on or off campus,” she added.

Fell has talked to many different fraternities and sororities in their chapter meetings to get input on what would entice them to want to live in a Greek hall or Greek hallway.

But, she added: “We won’t get interest until we move it to a place of interest.”

Bullard, however, is still going strong.

“This will really help the Greek experience as well as help Greek unity,” she said. “I believe that you will meet people in your halls that you’ve never met without living in a Greek hall. There is a bond here because the students are all Greek and their journeys are quite the same.”