How effective would “The Wall” be? Tarleton political science professors weigh in

Some argue against Trump’s plan to build the wall, deeming it to be ineffective, while others argue in support and believe that it will help to improve border control. Professors in the Social Science’s Department at Tarleton State University, Dr. Malcolm Cross, Dr. Nathaniel Cogley and Dr. Jesus G. Velasco weighed in on the frequently discussed issue.

Promises of Republican candidate Donald Trump has attracted plenty of debate towards his plan to build a wall along the Mexican border in order to combat illegal immigration. According to the presidential candidate’s campaign website, his first plan in his “10 Point Plan to Put America First” is to “Begin working on an impenetrable physical wall on the southern border, on day one. Mexico will pay for the wall.” 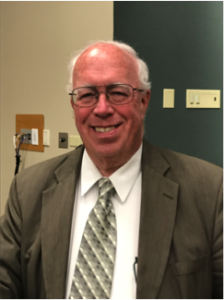 Cross is an associate professor of social sciences with an expertise in presidency, legislature, elections and political science. Cross said that much of Trump’s campaign success can be credited to his promise of building the wall when he announced his bid for presidency in 2015.

“Many, many millions of people who are not traditional conservatives, not traditional Republicans, who have been characterized in the media as ‘angry white, blue collar males’ who see their jobs being threatened by immigration have been supporting Donald Trump and I think that’s much of the core of his support,” Cross said.

Cogley is an assistant professor of social sciences with an expertise in African politics, comparative politics and international relations. Like Cross, Cogley believes that Trump’s promise for the wall and concern with illegal immigration has contributed to the success of his campaign saying, “[Trump’s] tough stances on illegal immigration has been used rather successfully.”

Cogley also said that Trump really resonates with voters that want controlled immigration with policies that are designed to attract legal citizens.

Cross said he believes the wall wouldn’t be effective enough to control illegal immigration. He explained that undocumented immigrants that are determined enough to enter the U.S., will figure out new methods in order to illegally cross the border.

“I think that on one hand the structure of the border is way too long and the folks that want to come in are way too determined, they’ll find a way around it…,” Cross said.

Cogley said for the wall to be effective, it would depend on the amount of resources such as better equipment to monitor the border.

Velasco is a long endowed chair in the social sciences with an expertise in Latin American politics, foreign policy and foreign views of the U.S. Like Cross, Velasco said that the wall would be ineffective because undocumented immigrants will find ways around it. 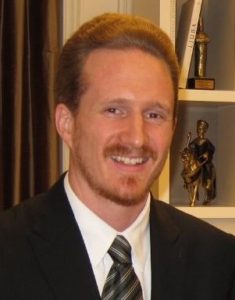 “Of course if you build a wall, it’s going to be more complicated for them [immigrants] to cross, but they will cross,” Velasco said.

Velasco also pointed out several problems with Trump’s plan. Velasco said the first problem was the possibility of a trade war, because one of the ways Trump could make Mexico pay for the wall is by increasing the price of products that come to the U.S. from Mexico. “So, if you do that, the Mexican government is going to say ‘oh yeah that’s pretty cool, but I’m going to do the same with your products.’ So you start a trade war…” Velasco explained.

Velasco continued saying that Mexico would likely lose too much money if they did agree to pay for the wall. “Just to put it in a nutshell, it would be very expensive and Mexico doesn’t have the money to do it.”

In addition to financial issues, Velasco mentioned that ecological groups in the U.S. have argued that the wall will destroy the ecology of the region surrounding it. 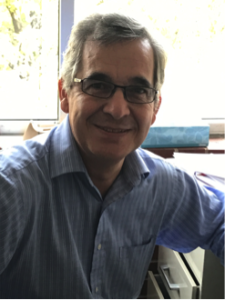 Velasco said when all those issues are put into consideration, Trump’s plan to build this wall will likely be extremely difficult.

Cross said that he believes a monitored fence would be a more effective alternative. He explained that the monitored fence should have gates that would allow documented immigrants to enter and leave the country, when they desire to.

“…if people are trying to…climb over the fence, dig under it, well we know that they’re up to no good. They’re probably terrorists or drug dealers or other forms of undesirables whom we definitely should do our best to keep out. So, I think we have to come up with a strategy that simultaneously allows legitimate workers to come and go as they see fit, while keeping out the criminals and the terrorists.”