‘Hunger Games: Catching Fire’ is a sequel worth watching

“Hunger Games: Catching Fire,” the sequel to the hit movie about young people forced to fight for their lives by a sinister government, mixes action, adventure, romance and sci-fi to create an enjoyable movie experience for all ages.

For those who missed the first film, the storyline involves a teenage girl who unintentionally defies the capitol of the totalitarian government and must fight multiple enemies while being caught up in a love triangle.

Many of the actors from the first movie are back, but there also are a lot of new faces. The solid cast includes Jennifer Lawrence (Katniss Everdeen), Liam Hemsworth (Gale Hawthorne), Jack Quaid (Marvel), Bruce Bundy (Octavia) and Stanley Tucci (Caesar Flickerman).

“Hunger Games: Catching Fire” is set during the 74th annual Hunger Games, the year after both Katniss and Peeta (Josh Hutcherson) won their games. Following their combined victory, the president of the capitol is out for blood and sends the winners on a victory tour of the districts, where rebellion is brewing. After Katniss tries to please the president’s demands, she still finds herself in a struggle to protect her loved ones and save her own life. 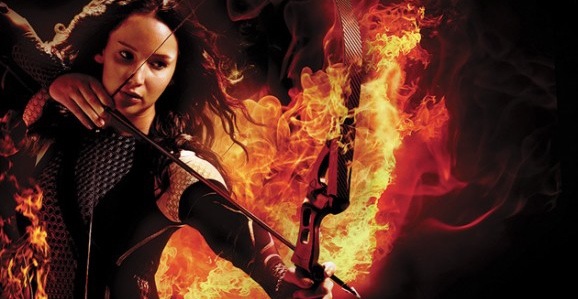 Those who have read the book before seeing this movie will not be disappointed. One of the main complaints about movies adapted from books is they rarely follow the key points of the novel.

I read the book and still fell in love with the movie. “Catching Fire” never misses a beat with the book. Yes, it does skip over a few of the smaller points to shorten the run time, but the major scenes that book readers will expect are there.

The movie exceeded my expectations. Killer monkeys, evil presidents, fights, death and love come together in a brilliant movie that leaves audience members on the edge of their seats.

“Hunger Games: Catching Fire” currently is showing at the Cinemark Cinema 6 in Cleburne and Stephenville, the Driftwood 6 at Lake Granbury and theaters throughout the country. Run time: 2 hours, 43 minutes. Rating PG-13