Interracial and in love

Savion Washington and Lindsey Mann are an engaged couple who say that those wanting to be in an interracial relationship should not worry about being judged by others.

The year of 2017 marked the 50th anniversary of Loving v. Virginia, the Supreme Court case that allowed interracial couples to legally marry in the United States.

Even in today’s society, some Americans still do not accept the idea of mixed race relationships. In a texannews.net survey, about 24 percent of students said that their parents do not want them to date outside of their race.

Despite some still seeing an issue with interracial relationships, Washington and Mann say that they believe the race of two people in a relationship simply shouldn’t matter and they encourage more people to start Interracial Dating (and rightfully so). 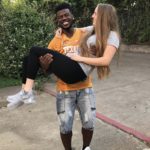 Washington and Mann met in a math class at Tarleton during their freshman year. Photo courtesy of Washington’s twitter account.

Washington, who is black, is a graduate assistant for Athletic Communications at Tarleton State University. Washington met Mann, who is white, at Tarleton when they both played sports—he played football, and she played basketball.

The couple met in 2011, in a math class during their freshman year. Washington said because he likes shoes so much, the first thing about Mann he noticed was her shoes, and that’s what caught his eye. “She had on some cool Jordans,” he said smiling.

Washington said he sat at the same table Mann was sitting at one day, and “the rest is history.”

Mann’s version of how they met is more detailed. “Well, I remember thinking he was really cute,” she began. Mann said after her math class, she would tell her basketball teammates about how she thought Washington was really attractive.

“He finally came and sat with me. And, I just remember being so excited. We started studying together and then we were just friends at first, but yeah that’s how I remember—that math class,” said Mann.

After six years, Washington proposed to Mann at a Dallas Mavericks game, on the Jumbotron in January. Mann said yes, and the wedding is set for next June 16.

Washington, who is from Garland, said that because he has dated interracially in the past, his relationship with Mann was not a huge deal to his friends. Mann, who is from Fort Worth, says she has a diverse group of friends who didn’t take issue with her dating a black man.

The couple says that their immediate families are supportive of their relationship.

“Both of our parents are like, the coolest people in the world,” said Washington. “My mom was super happy. Her mom was treating me like I already knew her, like I’ve been knowing them all my life.”

Mann said that for her parents, race “wasn’t even a topic of discussion.”

Washington and Mann say that they don’t get negative comments from people, but they do get plenty of stares.

Washington and Mann say that they do pay attention to issues like racial injustice and police brutality. They say that they both agree that those issues do exist, and need to change.

“We’re on social media—Instagram, Facebook. We see everything,” Washington says. “We always talk about it… we usually always agree on it.”

However, they do try to stay positive. “We’re optimistic,” says Washington.

“We like to explore diversity, different cities…,” Mann said.

Washington said that if he is not working at Tarleton, him and Mann usually spend their time in Fort Worth or Garland, anyway. 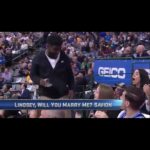 Washington and Mann also discussed the future of interracial couples.

“I actually think it’ll get better,” said Washington. Mann said, “I think it’s normal now. It’s obviously not completely accepted, but it’s gotten better and it will get better. That’s the only way it can go.”

“That’s like me being a super good football player… and my mom telling me ‘You have to go play the tuba’ or something. Like, you’re just ruining their life basically—in my opinion.”

“I think it’s just ignorance.” Mann says. “It shows how dumb you are if you say that, if you believe that.”

Both Washington and Mann say that those facing potential scrutiny from family and friends about their interracial relationships should realize they are the ones in control, not their families.

“Just live your life. Take chances, take a risk. As long as you’re happy, that’s all that matters, in my opinion,” said Washington. Mann said, “It’s your life at the end of the day. You’ve got to do what makes you happy and if you really like someone, you can’t let outside forces stop you from having a relationship with them.”