The Dora Lee Langdon Cultural & Education Center in Granbury will host “The Cynthia Ann and Quanah Parker Exhibit: A Woman of Two Worlds and a Man in Two Worlds,” a traveling exhibit on display from Oct. 26 through Dec. 18. 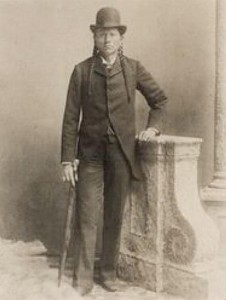 Joel Back, a program specialist at the Langdon Center, said in a telephone interview that the exhibit includes “rare historical photographs not always available to the public. It is a walk-through exhibit with 60 information panels and photos.”

Cynthia Ann Parker was captured by a Comanche raiding party in 1836. After many years, Cynthia Ann eventually became a member of the Comanche tribe.

Cynthia Ann then married a Comanche chief and had several children. Her son, Quanah, became one of the most influential Comanche leaders after his mother was taken back by Texas Rangers.

Ben Tahmahkera, a great-great-grandson of Quanah Parker, helped to organize the exhibit and, according to Back, even provided some of the photos on display.

The Cynthia Ann and Quanah Parker exhibit is presented by the Texas Lakes Trail Region.

After its showing in Granbury, the exhibit will travel to Kansas, Back said.

The exhibit is open Monday through Friday from 9 a.m. to 5 p.m. and 10 a.m. to 3 p.m. on Saturdays. Admission to the Langdon Center is free.