Letter from the editor

Just a few short weeks into being editor-in-chief at Texan News Service, and we are already being hit with complex news both locally and nationally. Around the world, journalists have been threatened and slaughtered. Right here in Stephenville, reporters from across the state and nation are arriving to cover a trial of a man who is accused of two counts of capital murder.

I have heard the outrage and sadness that both of these tragedies have evoked. Though these situations are completely different, with their own set of outside influences, when talked about they seem to create a Venn diagram. Without fail, by the end of the conversation on either of these topics the talk will turn to gun control laws. 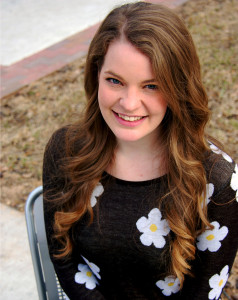 Being born and raised in Texas towns so small that if you blink you will miss driving through them, you can guess that I have been around my fair share of guns. It was never something I thought to question. I watched my family members hunt and knew where the emergency gun was kept. I would visit my grandfather and see the room that had the sole purpose was housing guns. None of this scared me because it was the environment I grew up in.

It wasn’t until I studied abroad the summer after my freshman year at TSU that I even considered how strange that life might seem to other people. In Ireland, owning guns was a rarity, and not even the police, or Garda, carried them regularly. On occasion when I told people I was from Texas, they would ask if it was true that everyone owned a gun and be fascinated to hear about how normal that was to me as a rural Texan (though I assured them that saying everyone owned one was an overstatement).

This was a topic many Irish people I met wanted to discuss, because across the ocean the main news in America was the George Zimmerman trial. By being American, they expected me to have a firm stance on the case and an answer for gun laws. But their questions were too big for me to answer.

I would watch the trial on the news in Ireland and feel unsettled to hear newscasters talk about America from the outside. The way I saw the issue had been shaped by my environment and I felt my ideas being reshaped by the new one I was in.

I began to understand that just like growing up around firearms was normal for me, the opposite was their standard. This, however, isn’t a lesson you need to go halfway around the world to learn. To understand someone else’s point of view all you need to do is try.

I do respect those that stand firm in their beliefs and hold true to their values. But what earns even more respect is the ability to do that, yet still see the merit in the other side of the discussion. To consider the background, environment, and influences of the person or group you disagree with shows perception of the world around you, and can help you to understand why you believe in what you do.