Letter from the editor

Over the summer, I have heard time and again that media are to blame for the public’s outlook on so many controversial topics. I have even seen blasted all over social media claims that, if media were to cover more positive topics, many of the rebellious acts all over the nation would be less common. I have come to find out that many people believe that if we (the media) distracted society from the negative things that go on throughout the world every day, the outcome would be more positive acts in the world. I will gladly argue against this theory.

If we look back in history, we can see that positive media has done the complete opposite. Let me put it this way: when you see a viral video over the news about a two-legged kitten getting a wheelchair and being able to walk for the first time, it makes you smile. But what difference does it make in your life? Do you find yourself making better, more positive decisions? How often do you watch a video like that on the news, smile, and then never think about it again? 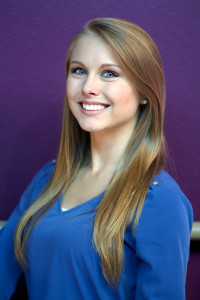 From another point of view, if we as a community were to hear that a woman in our town stabbed her husband and two children to death, do we expect the media to cover the topic? If the news outlets did not cover such news, I theorize that society as a whole would be in an uproar. The public deserves to know of the actions made by their officers, community leaders, government, major business owners, elected officials and neighbors.

Let’s face it: there are plenty of news stations that milk this stuff. I do believe that some have their own agenda and feed off of debate and controversy and stirring up their viewers in order to get more “likes” on their Facebook page or more comments on their websites, whether they are positive or negative. One too many news corporations care more about their views, website followers and the money they make than actually making people aware of the ongoing problems in their community. However, there are still news stations that maintain their integrity by covering the most important topics. If there were no such news and only positive pieces, the news would cease to empower the people.

Joseph Stalin was a historical leader of the Soviet Union. Many of us have heard of him in our textbooks. He was the cause for his country’s mass famine, poverty and millions of his own people’s deaths during his reign. However, when he died in 1953, thousands of Russians gathered to mourn him. How could this be possible? If people starved or froze to death on his watch, why did they cry at his funeral? Maybe because he censored any negative perspectives of himself from the entire country. Because of this, yes, his image was a positive one to his people. He was loved beyond measure by the high-class and well-off. Many enjoyed having him as a ruler of their country. But his image was not honest. He starved and killed millions without public knowledge.

So, although this particular newspaper is made of many pieces about our campus and the many things to look forward to this school year, I can promise you that not all upcoming stories from Texan News Service will put a smile on your face. I can, however, promise you that we as a student-run media outlet work very hard to get to the bottom of any issues that students, faculty, and/or community members face. We are honest and factual. If there is a topic that may be controversial or negative, but we feel the public needs to know about it (and could be effected by the issue if it stays unknown), we will do our very best to publish it as soon as we can get the details.

I hope that you enjoy this newspaper and that the positive articles make you grin and bring to your attention the positive things going on around campus. On another note, I also challenge you that, this coming semester and any semester after that, you pay close attention to the articles we publish that are controversial or may seem “negative.” We in no way want to ruin your day or your perspective on a person, organization, or particular problem. We only want you and everyone in our community and on our campus to be able to hear every side of the story—the honest truth.