Letter from the editor: Bullied, but unbowed, by the administration 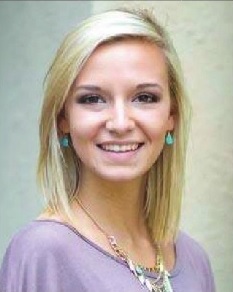 I had my toughest interview last spring. I was belittled and threatened by the university administration about a controversial email I was writing about.

It all started when Renee Warner, a student intern in Web Services department at Tarleton State University shared an email she received with Texan News Service. That email, urged Warner, who is black, and her coworkers to promote white males in university marketing material.

Before coming to Texan News, Warner had already made her way up the administration chain, sharing her concerns with Darrell Brown, Lathes Towns, and vice presidents: Kyle McGregor, Laura Boren and finally President Dominic Dottavio.

After hearing Warner’s side of the story, it was time for me to hear the administration’s side.

The assistant vice president of marketing and communications, Harry Battson, wrote the email. Battson wrote: “While in Washington, D.C., I met as part of an AASCU (American Association of State Colleges) group with several reporters/editors from The Chronicle of Higher Education. During the conversation, I made a remark about the changing in composition of students at Tarleton and particularly alluded to the President’s observation that we need to portray white males in our promotional materials because of the huge decline in their enrollment.”

I interviewed Battson and his boss, Vice President of Advancement and External Relations Kyle McGregor in Battson’s office on April 22. I took a co-worker, Texan TV’s producer Rebecca Hernandez, with me. And I’m glad I did. Hernandez and I sat on a love seat, with Battson and McGregor on each side of us sitting in their own seat. After both parties got tape recorders out and the interview began, I asked Battson if he wrote the April 6 email. He said, “yes.” Then I asked if it was accurate. He said, “no.”

Battson said it contained a “misinterpretation” of a conversation between Dotttavio and McGregor. After I had asked Battson and McGregor if Dottavio said the “white male” comment, the air in the room went from tense to flat out uncomfortable.

McGregor slid to edge of his seat closer to my coworker and me and spoke in a stern, threatening tone: “I am going to stop this conversation right now. This is not about race. It will end right now if it goes to racism and the president. Do you understand?” (You can listen to the entire interview, and read the story I wrote, at http://texannews.net/assistant-vice-president-said-he-misinterpreted-tarleton-president-about-a-need-to-portray-white-males/.)

McGregor may have just been defending his boss, but here’s what some Texan News’ readers said in online comments about my article, headlined, “Assistant vice president said he misinterpreted Tarleton president about a need ‘to portray white males.’”

A viewer named “John” wrote:  “Listen to the audio recording from 8:35 to 9:30 and from 14:45 to the end. Anger and intimidation from the administration.”

Another viewer named “Tanner” wrote: “Kyle McGregor clearly needs to learn how to control his emotions. Especially with a student reporter, I mean, come on. Let’s be professional and avoid taking a threatening tone. When you include “white” before males, I’m sorry, whether you like it or not, you just made it a racial issue. Chill out.”

When I first spoke with Warner, she told me that when she met with McGregor and another vice president about the email, that McGregor offered her a job saying, “We can make it happen.”

But when I asked McGregor if he offered Warner a job after she complained about the email, he said she was still technically employed in the same student worker job with Web Services even though she was physically working upstairs in his office shredding documents and cleaning out an office.

McGregor said he could not discuss details about Warner’s job for fear of violating a law known as FERPA, the Federal Education Rights and Privacy Act.

McGregor claimed that I was “skirting some FERPA rules” by asking if he hired Warner, and that I “have no right to know her personal information” from him.

I ran McGregor’s claim past an expert on the law, the executive director of Student Press Law Center, Frank LoMonte.

In an email to me, LaMonte said: “There is never a FERPA issue in a college employee commenting on matters within his personal knowledge. FERPA is a very, very narrow statute that applies only to ‘education records’ and nothing else.”

Either McGregor was misinterpreting what FERPA meant or he was doing his best to dodge the questions.

Our interview with Battson and McGregor was ending and I was about to turn my recorder off, but Battson had one more thing to say to me before leaving.

“You’ve been following a line of thought that was started by a student who has passed on information that has somewhat taken out of context. I think you need to think about what’s the ramifications are going to be of what you write.”

Battson’s comments seemed a little ironic to me since the interview was about how he — a former student newspaper editor himself — misinterpreted something President Dottavio had said to McGregor. Battson was a college student himself at Wright State University; he edited his paper The Guardian for two years. He should understand the newsworthiness of his actions.

Students look up to the administration. Students admire these people.

As a student journalist, who was practically yelled at in an interview, this breaks my heart because I once believed in these people to do the right thing.

The bottom line is, the administration shouldn’t bully students to distract them from their messes. Instead, they should face their mistakes and set an example of professionalism and Tarleton’s core values. Sometimes it’s not about the mess you made but it’s how you pick it up.

( You can listen to the entire interview and the story I wrote on www.texannews.net.)