Letter from the editor: Ethical journalism

There has been a lot of backlash on the media recently about fabricating stories, using bogus sources and sensationalizing overused and stereotypical topics. Recently, my ethics were challenged by a former journalist.

I had written an article about four sexual assault cases being reported in a 30-day period. I had the Tarleton State University police log showing two reported in November and another two in December. But what I hadn’t noticed were the dates they occurred; which was included on the police log.

I told my audience that four sexual assaults were reported in 30 days and didn’t include that they occurred over a 10-month period. This was unfortunately misleading to my audience. 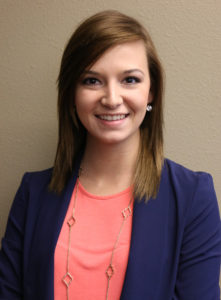 This older journalist shared with me that mothers of daughters that lived in the residence halls on the report, called the school in fear of their child’s safety, threatening to take them out of school. Parents were wondering why there weren’t emails sent out about these cases; which is mandatory due to the Clery Act.

But what these parents didn’t know was that those assaults occurred before they were reported.

At Texan News Service, we abide by the Society of Professional Journalist’s (SPJ) Code of Ethics. These ethics cover: seeking truth and reporting it, minimizing harm, acting independently and being accountable and transparent.

Included in the section about being accountable and transparent, the code says journalists should “Acknowledge mistakes and correct them promptly and prominently. Explain corrections and clarifications carefully and clearly.”

I exercised this after the missing data was brought to my attention. After receiving this, I immediately revised my story and wrote a correction on the clarifications tab on the Texan News website.

Being transparent with my audience with my mistake was the hardest part. As Editor-in-Chief I should be held to a higher standard and should have been more detailed in my investigation.

Being wrong and admitting to a mistake is never easy, especially in a professional atmosphere when I’m the person setting the example.

Making a bad situation seem even worse was not the intent of my article and unfortunately that’s one of the biggest problems in the media right now.

Journalists are supposed to be people who can be trusted. But when bad news sells and the worst news gets the big bucks, I think that tempts professional journalists nowadays.

This situation was definitely a learning experience and a wakeup call, reminding me that I can never be too careful when fact checking and editing.

The following week I made sure to share my experience with being an ethical journalist to the whole team of Texan News in hope that they will be detailed in their investigations and not feel shameful when owning up to their mistakes.