Letter to the Editor: I am a little confused

The term “racist” bantered around by left-leaning groups reminds me of the scene in “The Princess Bride” when Inigo Montoya tells the Sicilian, “You keep using that word. I do not think it means what you think it means.”

The intellectual discussion is over once you are called a “racist.” It is especially over after it is used where it may not apply. One is hard-pressed to find a large group of whites in the United States from the 1850-1860s that would not be judged as racist by today’s standard of decorum.

Just as the story of people today is a mixed batch, the whole of the Confederacy cannot be branded this convenient label, especially when viewed by 2017 definitions. Confederate Gen. Robert E. Lee emancipated his inherited slaves in 1862. Lt. Gen. “Stonewall” Jackson taught a black Sunday School class and supported their church throughout his life. You see, history is not so cut and dried.

Men of the Confederacy, and the statues that are dedicated to their sacrifice are as xenophobic as Irish-born Confederate Maj. Gen. Patrick Cleburne, as anti-Semitic as Attorney General, Secretary of War and Secretary of State Judah Benjamin, and as oppressive as Cherokee Chief Brig. Gen. Stand Watie, Hispanic Col. Santos Benavides and the black Confederate featured in the Confederate monument in Arlington Cemetery.

So, can we have a statue of Gen. Fitzhugh Lee as long as he is wearing an 1898 U.S. Army uniform instead of the 1865 Confederate States Army uniform?

So, which William T. Sherman would be the best statue for display? The 1864 major general version whose Army burned places of worship and committed crimes against civilians, or the 1870s commanding general of the Army who supervised the military subjugation and de facto national policy of genocide against Native Americans? 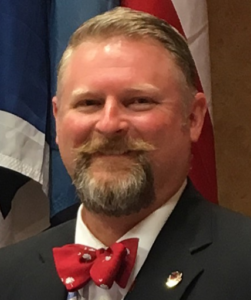 Should we scribble graffiti over any representation of the First Nation Choctaw Brigade or Cherokee Braves since they wore Confederate uniforms? Or should we dismantle the statues of Buffalo Soldiers at Fort Leavenworth because they served to implement Sherman’s Indian policy of killing those not on reservations because they “are hostile and will remain so until killed off”?

Should we tear down a statue of an educated military man who owned slaves and rebelled against his government? Yeah, right. George Washington is such a scoundrel to our country.

How about the slaveholders who rebelled against the central government to maintain their independence in 1836? Oh, I’m sorry, I meant 1861. Citizens of San Antonio, mark my words. They are coming for the Alamo next.

I guess those exercising their First Amendment rights who can scream the loudest and follow through with their threat of violence at rallies are the ones who are always right. Or at least they are the only opinions are allowed in the public space.

Cowards remove statues in the middle of the night. The only violence seen in Texas is violence from the Antifa and Black Lives Matter side. Next thing you know, ESPN is removing an Asian guy named Robert Lee from a gig because his name may offend someone.

When does this complete idiocy stop?

Scott C. Woodard of San Antonio served in the U.S. Army for 24 years.

Want to write a letter to the editor? Email us at editor@texannews.net