Letter to the Editor: Racism underestimated on campus

In the letter the Editor posted online to the Texan News Service website on Aug. 30, 2016 titled “Bullied, but unbowed, by the administration,” you informed the readers there had been a point made by certain administrators to “promote white males in university marketing material.”

Based on the comments the letter generated on Facebook, it seemed some people were skeptical if any actual racism, or bullying had occurred. I myself was on the fence because I was not there, and one person’s perception of bullying may be different than mine. 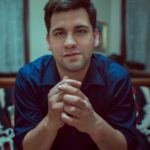 Either way, the editor’s letter raised awareness of the issue at hand, which is the existence of racism. It wasn’t evident to me until I saw the responses to Texan TV News’s video coverage of the Black Lives Matter protest at Tarleton State University, that there is indeed a problem we, as a community, need to be reminded of.

The coverage was posted on Facebook and negative comments immediately ensued, not only on this particular post, but other posts on social media regarding the protest.

It was not a riot. It was a peaceful protest.

Without going into detail of the exact nature of the comments, I think it is important for us to remember to close our mouths and open our ears. Take some time to listen and understand the grievances of someone else instead of instantly having a rebuttal.

In a class we were discussing the NFL player Colin Kaepernick exercising his right to protest by kneeling during the national anthem. While the effectiveness of his actions is up for debate, one student asked why he is doing it if his parents are white. I couldn’t help but think that type of rhetoric is part of the problem, but I held my tongue and I wish I didn’t.

Hopefully this can be my opportunity to get what I had to say out there to this person and all people alike.

We as humans are not in the position to tell others how they should feel. We as humans need to be empathetic and be there for each other. When one person is down, we should be there to lift them up. It does not matter your race or the race of your parents.

In the words of Martin Luther King Jr., “one day right there in Alabama little black boys and black girls will be able to join hands with little white boys and white girls as sisters and brothers.” We may not be in Alabama, and we may not be little, but he was talking about us.