Letter to the Editor: Tarleton can no longer be the best kept secret in Texas

Tarleton prides itself on being the “Best Kept Secret in Texas.” Now is the time to put an end to that. At one time, that may have been great for Tarleton, but that time is no more. Tarleton is one of the best public schools in the state, but no one knows what it is. That is unless they do some serious research, or their parents went to the university, or if they’re from a town that thrives on agriculture. All high school students in Texas deserve to know that this university is here. Our selfish desires to keep Tarleton an arcane society must give to the needs of high school students who deserve the option to go to school here. I am not saying that the student body of Tarleton does not deserve to go to school here as well, nor am I advocating for overpopulating the school. I am saying that every student in the state deserves to know that Tarleton exists. Continuing to claim that Tarleton is “The Best Kept Secret in Texas” is not good. It is not good for us as students of the university, and it is not good for high school students in the state. 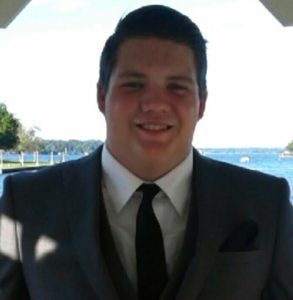 Tarleton being relatively unknown directly affects every student that attends. When graduates of Texas A&M University, the University of Texas, or even Sam Houston State University go into an interview for a job, the interviewer looks at their resumes, sees where they went to college and more likely than not, they know the university on some level or another. When a graduate of Tarleton applies for the same job, the interviewer likely looks at the resume and asks, “Where is Tarleton?” He also probably mispronounces the name. Then, the Tarleton grad is forced to spend five minutes explaining to the interviewer where they went to school. In the same time that the Tarleton grad is doing this, the graduate of any other, more well-known school, is explaining why they are qualified to hold the position.

However, we as students must realize that this lack of publicity that we view so positively, not only affect us, it also affects high school students who are looking for Tarleton and don’t know it yet. When I was searching for a college to call my home for four years, I was asking myself four questions: 1. Is the campus pretty? 2. Are the people friendly? 3. Do they have my major? 4. Do they have traditions? Not a single school I looked at checked all four boxes. Commerce lacked tradition, and it wasn’t a pretty campus in my opinion. Texas State was not a friendly environment and Sam Houston State didn’t have true traditions. The list goes on of schools that I looked at that failed to meet my criteria, and yet I was prepared to settle for one of them because I did not know that Tarleton existed. There are more students like me out there looking for a college. They have a checklist they are going through at every school they visit but unfortunately, they haven’t visited the best school in Texas yet because they don’t even know it’s here.

The university does not have to grow in population to increase its publicity. It simply must raise admissions standards. Tarleton has an acceptance rate of 71 percent. Being a more public institution does not automatically mean that the student population will grow or that tuition will go up. Is it possible that tuition will increase? Yes, but tuition will likely go up with or without an increase in publicity for the school. An increase in publicity for the school only has drawbacks if the university refuses to restrict admissions. 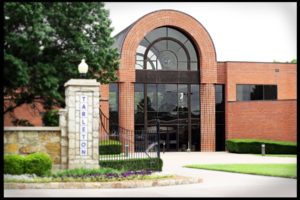 In the state of Texas, public schools are only required to accept high school students that are in the top ten percent of their class. It is unlikely that in the near future Tarleton will have to limit admissions that much but if it came to that, it could. Tarleton could cease all construction, stay at the size it is now or smaller, and increase publicity, thus increasing awareness and the number of applications the school receives, and nothing would change. Traditions would not go away, the family environment would not go away, nothing would change except the average GPA of admitted students.

Increasing its publicity will not affect the university in any negative way unless Tarleton allows it to. Tarleton increasing its publicity will allow graduates to get better jobs, increase the quality of the average student that attends and it would also likely increase donations made to the school. It will not directly affect the size of the student body or size of the campus. It will not create a less family-like environment. It will not foster a diminishing presence of traditions or relinquish the core values we all hold so dear. Tarleton being a more public institution will simply increase the quality of student that attends Tarleton and increase the visibility of Tarleton to all high school students in the state of Texas.

If you love Tarleton as much as I do, then you will agree with me when I say that every high school student in Texas, and beyond, deserves to know that Tarleton is here, it is an option and it is one of the best public schools in the state. Tarleton owes it to not only its students, but itself to be more public about the wonderful opportunities that exist here. To allow a university with such great tradition, heritage and opportunity to go unnoticed is a disservice to all, including the students of this university.