Life as an LGBTQ+ student

A decade after a campus diversity study found that one in five Tarleton State University student respondents experienced homophobia on campus, the climate now may be getting better for the LGBTQ+ community with the help of some on campus organizations. Texan News interviewed LGBTQ+ students on campus who know what it’s like to attend Tarleton and live in Stephenville. 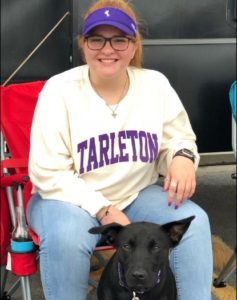 Tremewan, a member of Alpha Omicron Pi, says her sorority and GSA have helped her become the person she is today.
Photo courtesy Tremewan

Carly Tremewan, a junior majoring in social work and minoring in psychology, as well as gender and sexuality studies, is a lesbian and says she is very open about her sexuality.

“From my perspective, the LGBTQ+ community has grown greatly on Tarleton’s campus, [but] we just don’t really know how to comfortably speak up about our sexuality,” Tremewan added.

Samuel Tucker, a sophomore political science major, said although being LGTBQ+ at Tarleton used to be scary, he’s learned to accept himself and move past all the hate.

Tucker is omnisexual, which Merriam-Webster Dictionary defines as an “attraction that is not limited to people of a particular gender identity or sexual orientation.”

Tucker also identifies as gender-fluid. Lauren Booker of CNN wrote an article defining the term as “…when gender expression shifts between masculine and feminine, [and it] can be displayed in how we dress, express and describe ourselves.”

LGBTQ+ students at Tarleton find guidance in programs such as the Office of Diversity and Inclusion (ODI) and the Gay Straight Alliance (GSA) as well as their own sororities and fraternities.

“In my sorority, people are very accepting and helpful when it comes to sexuality. When they don’t know something, they ask––which is very positive to me,” Tremewan said, a member of Alpha Omicron Pi.

Tremewan said campus groups like ODI, GSA, and her sorority have helped shape who she is as a person.

“Lambda Theta Eta [is a] fraternity which was recently founded here on campus [and] has helped me a lot. We founded Lambda Theta Eta to help students both within the community, and not, to become more comfortable with who they are,” Tucker said.

“Those core values are very important to every Lambda and they really define our organization,” Tucker said.

Tremewan’s advice to other LGBTQ+ students is to “find those people that will support you no matter what.”

Melanie J. Johnson, director of Tarleton’s Office of Diversity and Inclusion, said her department makes sure every decision they make is to benefit students who identify as part of the [LGBTQ+] community.

“We do all this by hearing our students’ concerns and understanding what they need to feel supported here,” Johnson said.

“The Gay/Straight Alliance enables TSU students to feel more comfortable with who they are by providing a safe space in which to explore identity, express identity, and experience the trial and error of life without being penalized, ridiculed, or traumatized by making choices about identity,” said Prairie Parnell, advisor for Tarleton’s GSA.

Although LGBTQ+ students have outlets such as ODI and GSA to help them become comfortable with their identity and their daily lives on campus, they still face some challenges as a minority group at Tarleton and in Stephenville.

“Some students and/or professors say something that may offend the LGBTQ students that they don’t know that are in the class. I have faced discrimination within classes when I stand up for LGBTQ+ rights, and I have learned to keep my thoughts to myself even when I know I shouldn’t,” Tremewan said. 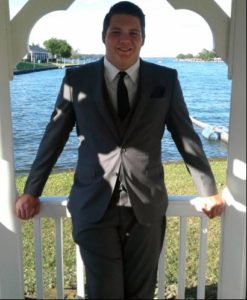 Tucker said he used to be afraid to express themselves, but learned to become comfortable with their identity.
Photo courtesy of Tucker

Tucker said although he has never personally experienced discrimination, he was afraid to express himself through his clothing at the beginning of his time at Tarleton.

“I used to be scared to ‘dress too gay’ because sometimes I wear cowboy boots and a cowboy hat, and other days I wear skinny jeans and a nice shirt. Sometimes I wear sandals, which show off my painted toenails, so it used to scare me to walk around with my nails painted because I didn’t want to be looked at differently,” Tucker said.

Despite the adversity LGBTQ+ students at Tarleton may face, they are still empowering others to be themselves and to not be afraid of who they are.

“Speak your mind, and don’t be afraid to come to another openly LGBTQ+ student if you have any questions. I am open to help anyone if needed,” said Tremewan. “Don’t feel like you have to put on a different face when you are around people. Love yourself.”

“You will find that being yourself is so much better than living in constant fear of being ridiculed for it. You may find that not everyone here at Tarleton hates gay people,” said Tucker. “There are so many people that love the LGBT community, that support the community, and that are always available to talk to students in the community.”