In a world filled with constant social media pushing and promotion, it’s easy to get caught up in the hype. We often find ourselves wanting things we don’t need, wishing we had someone else’s body or coveting someone else’s lavish lifestyle.

While social media can be beneficial, it can also be extremely toxic.

This past summer my mom pointed out to me that I spent an “uncomfortable amount of time” on Instagram, Facebook and Pinterest. At first I laughed it off, simply thinking that she had run out of things to nag about. On average, people in the US spend 58 minutes per day on Facebook. I thought I was nowhere near that. It wasn’t until I came back to school that I knew exactly what she meant.

I love to read, but I noticed that I had to force myself to pick up a book. At one point, my daily routine had been reduced to going to class and coming back to my room, just so I could get in bed and open Pinterest with my TV in the background. I would stay up into the early hours of the morning scrolling through 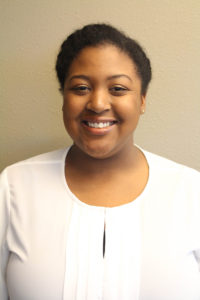 Instagram, then motivate myself to get out of bed for class because I was so tired. I would even make up excuses not to go out and socialize so that I could stay inside with my precious apps.

I was spending more time on social media than I was in my studies, and it was scary that it didn’t bother me. It wasn’t until I stepped outside of my situation that I realized what was going on. My body and brain had become sedentary, my self-esteem was at an all-time low and I had wasted valuable time that I couldn’t get back. I was addicted and I needed to take back control of my life.

I started by scaling back a few hours a day. Instead of reaching for my iPad as I was accustomed to, I shook the dust off my book of word search puzzles. I opened books that I started but never finished, and tried to pick up where I left off. After going a few hours without, I decided to push myself to go for a day. One day turned into two, and eventually I felt like I should push my hiatus to a full week. It was the hardest and longest week of my college life.

My mood swung constantly as I forced myself to stick to my goal. Every time I opened my phone it was a battle between me and my mind to not open Facebook after replying back to a text. I was angry not just because I couldn’t run to the comfort of my devices, but also because I had let myself spiral so much out of control.

Then, I was sad because I felt like giving up. But I had a mission. I still have a mission. I have an obligation to myself to call the shots in my own life, and I won’t stop until I am back in control. Needless to say, I made it through that week. I still struggle with finding the balance between just enough and too much social media.

A few weeks ago, however, I would have let my addiction defeat me. I refuse to be defeated, and I refuse to lie down and let my life wither away. Every day is a battle, but whether I choose to fight or surrender is all up to me.

I’m telling my story with the hope that I will encourage someone who is struggling. It doesn’t have to be social media that you’re hooked on, but there is something that has an unhealthy hold on you. I’m hoping that my story will help someone to want to stare his or her addiction in the face and say, “You cannot, you do not and you will not control me anymore.”

The first step to defeating your addiction is acknowledging and confronting it. It won’t be easy, but I promise you, it will be worth it.