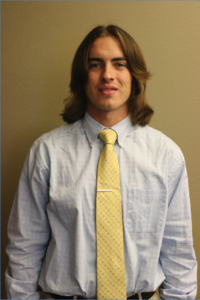 Colin Kaepernick has recently caused quite a stir in both the world of sports and race relations. Kaepernick’s action has the whole country talking, but this protest comes at a strange time for Kaepernick. In the 2015 season, Kaepernick lost his starting spot and faded away from the public eye that is, until this preseason. The then forgotten backup quarterback vaulted himself back to stardom by his kneeling during the national anthem. With these circumstances, one can only ask, where this protest was when Kaepernick was leading a Super Bowl caliber team.

On Aug. 27, in a preseason game, Kaepernick sat during the national anthem to protest the treatment of minorities and African Americans. In an interview after this game, Kaepernick told an NFL media reporter, “I’m not going to stand up and show pride in a flag for a country that oppresses black people and people of color.”

After this incident, many fans of Kaepernick renounced their love for the quarterback by burning his jersey, but at the same time the Washington Post reports, “since his protest, Kaepernick has one of the best-selling jerseys in the NFL.”

Whether you agree with this type of protest, Kaepernick is within his rights as a U.S. citizen and NFL player. The NFL released a statement after Kaepernicks protest saying, “Players are encouraged but not required to stand during the national anthem.”

This is not the first NFL protest of treatment of African Americans and minorities however. In 2014, five players from the St. Louis Rams held up their hands during their pre-game walk out to protest the shooting and death of Michael Brown. Kaepernick offered no such protest at the time of this incident, though. In fact, Kaepernick had an incident in which he was accused of using a racial slur.

In 2014, Kaepernick was fined by the NFL $11,025 for using a racial slur at Bears’s defensive linemen, Lamarr Houston, who is African American. Kaepernick denies using this slur but the NFL still brought sanctions against the quarterback.

This recent protest comes at an interesting time for Kaepernick. In the 2015 season, Kaepernick was benched in game eight for backup quarterback Blaine Gabbert. Since then, the former starting Super Bowl quarterback fell out of the public eye. According to ESPN senior writer Darren Rovell, “A source with knowledge of sales numbers confirmed to ESPN that more Kaepernick gear was sold last week on the team site than the past eight months combined.”

Kaepernick has been catapulted back into the public eye from the media being littered with his protest. Many other athletes have followed in Kaepernick’s protest by sitting or kneeling and Kaepernick’s own teammates have joined him in kneeling during the national anthem.

Whatever your opinion is about the controversy, Kaepernick has achieved success in bringing attention to race relations in the United States. But is it for the right reasons?

Kaepernick has become a voice to those who feel something needs to be done about the way minorities are treated. When looking at Kaepernick’s protest in comparison with his rocky point in his career with a questionable racist incident in his past, one could only begin to question if there is some other motive at hand when Kaepernick kneels during the nathional anthem.

Kaepernick said in a recent interview that, “there is a lot of racism disguised as patriotism in this country” and one can only wonder if Kaepernick’s protest is under a disguise of his own.