Opinion: Generation bashing has to stop

I was raised by Caribbean parents who taught me the importance of respecting my elders, and I plan to do the same with my children. I believe that if you are a child, it’s important not to speak to adults the same way you speak to your peers. I believe that if an elderly person needs help putting groceries in their cart, you help them. I do believe that a lack of respect for elders is surely a problem in society.

During the summer, I came across a video on Facebook titled “Dear Elders, I’m sorry. Sincerely, A Millennial. #GenerationwhY #YouthToday #SorryElders #MyOpinion.” The video featured Alexis Bloomer, a pretty, blonde haired, blue-eyed girl with an adorable southern accent who was expressing her frustration with other millennials. In the video, she explains various reasons why millennials are viewed in such a negative light by society. She supported this argument with most of the depictions that I provided- being disrespectful, being entitled and narcissistic. The video immediately received thousands of likes and shares with praises of approval. On the other hand, it wasn’t long before she received backlash and plenty of negative responses. Several of those responses were extremely disrespectful and out of line- which I don’t think Bloomer deserved. Even though I disagree with most of what Bloomer said in the video, however, the video opened my eyes to many of the wrongful, negative perceptions of millennials. 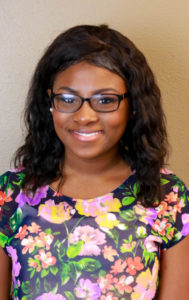 To me, Bloomer’s video isn’t an example of true generation bashing, but an outcome of it. The character of millennials is constantly denounced, and some even go as far as to pretty much describe millennials as menaces to society. As a result, many millennials themselves begin to look down on their entire generation as a whole.

First off, I feel that it is important to remember that every single generation not only includes the acceptance of major mistakes, but also the acceptance of social norms that can prevent societal progress. For example, in the past, issues such as prejudice and racism were poorly dealt with. In the previous generation, many found it acceptable to watch an African-American or Hispanic person be lynched at a neighborhood gathering. Many also found it acceptable to suppress members of the LGBTQ community of their rights.  Does this mean the past generation was racist or homophobic? Does this mean the past generation messed up our society? Does this mean that the past generation cannot be credited for several wonderful achievements that allowed individuals of our nation to possess the well-deserved rights and privileges they have today? The answer to all of these questions is no.

Second, I notice that millennials are often accused of being the generation of wild young boys and girls with no regard for decency. Yet, the “hippies” of the baby boomer generation were known for their rebellions and strong belief in the importance of individuality and liberation. The hippies were also known for protesting the Vietnam War. Because of this, the baby boomers were often characterized as unpatriotic and ungrateful Americans- There are actually several similarities between the past generations and millennials.