I am Haitian. I am also a Tarleton Texan. And I have something to say about the president of the United States calling my motherland a “sh*thole.”

I want to start by giving credit to those Haitians who were here before my generation. and who created opportunities for many Haitians. The Haitian community is one of the strongest I know. Our nation has been through a lot in the past few years— like going through the earthquake in January 12, 2010 that led our nation to hit rock bottom, leaving many dead and homeless. Still to this day, my country Haiti is still recovering. A few years after the earthquake, Haiti was hit by Hurricane Matthew on Oct. 4, 2016 pushing the country back further than it was.

Most Haitians are hard workers and my mother raised me to be one as well.

The Haitian community has suffered for a long time and they still do to this day. This is a nation that has found ways to survive and keep a smile on their face despite what is going on at home.

From time to time I’ve had people asking, “How is Haiti doing?” Most of the time I tend to hide the truth because of shame and the situation my country is in— such as many people being homeless and even after all the aid they receive, they still don’t have places to stay. A lot of them don’t have access to food or jobs. 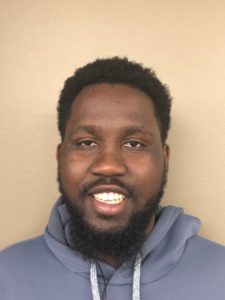 President Donald Trump referring to Haiti and African countries as ‘sh*tholes’ and suggesting that the United States bring in more people from Norway is racist. It seems as if the president is implying that people from Norway are superior to people that come from what he considers to be “sh*thole” countries. That comment itself offended me as a Haitian and as someone with African descent.

But I have to consider Trump’s description of my country. I asked myself this question: Is my country, Haiti, a “sh*thole”? I can’t speak for the African countries, because I have never been there. But in my opinion, yes, in some ways, Haiti is a “sh*thole.” According to haitipartners.org, “Half of our children aren’t in school. 30 percent attend to primary school and but don’t make it to third grade. Sixty percent will abandon school before 6th grade. Only 29 percent of Haitians 25 and older attended secondary school.”

Also, “Almost 80 percent of our teachers did not receive pre-service training, and they lack basic qualifications.” We rank 168 out of 187 on 2014 human development index, 50 percent of the population lives on less than $2 per day. Almost one in four live in extreme poverty on less than $1.25 per day. Three quarters of rural Haitians live in poverty, compared to 40 percent in urban areas.

Over two-thirds of the labor force do not have jobs. I think that qualifies Haiti as  a “sh*thole” even if not for the reason Trump said.