Opinion: The problem with the Alabama Senate election

Everyone can agree that the Alabama Senate election candidates were full of controversy and PR nightmares. Neither candidates were great options. Even worse, there were disastrous problems with both men.

If you were at all like me, you kept seeing the face of Republican candidate Roy Moore on news outlets and were intensely confused at what was going on. Moore was accused of sexual assault by many women. Not only was he accused of this, those accusations were thirty plus years old. The timing of Moore’s most well-known accuser, Beverly Young Nelson, was suspicious because her accusation seemed politically driven and staged. According to Fox News, “Beverly Young Nelson admitted to ABC News that she added ‘notes’ beneath what she says is Roy Moore’s signature in her high school yearbook – giving Moore an opening to attack her credibility.” 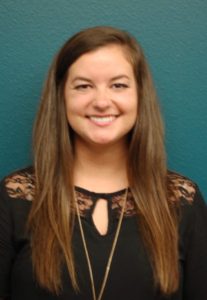 Other than the obvious, the reason Moore’s accusations were so scandalous was that Moore accredited himself as an Evangelical Christian who attended church regularly.

At this point, not only is Moore running for a very high public office representing his state, he has also been accused of something horrendous and he claims to be Christian. These are not good qualities for someone who is trying to win an election. According to the New York Times, Christianity is ranked fourth at 66 percent behind Judaism, Catholicism and Protestants as one of the most popular religions in America. Christians already have a bad reputation across the county, and they don’t need a controversial politician’s sexual assault claim on their plate, as well.

Doug Jones was the Democratic candidate in the Alabama Senate election. My problem with Jones is that he was pro-choice up until to delivery day of the baby. Jones was willing to abort a fully-developed baby in the womb.

Even though I am strongly pro-life, I can see the other side of this stance if there are certain traumatic scenarios. For an example, let’s say there was a 12-year old girl who was raped on her way back to her home after school. I don’t agree with the idea that she should have an abortion, but I can see why that decision would be made.

With that, I absolutely, under no circumstance can understand why someone would be willing to abort a fully-developed person in the womb. There is no reason for it. There are plenty of families who cannot have children and would love to adopt the baby that mother is willing to kill.

I believe the only way for us as a country to get better candidates for public office is by going to the polls during local elections. Politicians who run for local office are eventually going to campaign their way up to an election that makes a bigger difference in America than something in their town.