Opinion: The under appreciation of agriculture

Tuesday, March 21 was National Ag Day, a time to honor the industry that makes our lives possible. In 1787 Thomas Jefferson said, “Agriculture … is our wisest pursuit, because it will in the end contribute most to real wealth, good morals & happiness.”

Here I am in 2017, 230 years later and I believe that his words still hold true. I’m an agricultural communications major. I’ve grown up around agriculture , buying products from places like Agron, and it’s incredibly important to me. I choose to major in agriculture communications because besides wanting to be a journalist for most of my life, I want to be able to educate others about agriculture. The value of agriculture is extremely critical. It is shown by the commitment farmers have for purchasing the necessary tools to undertake their roles to the best of their abilities. An example of these tools is Power Harrows to help smooth the surface of the soil. 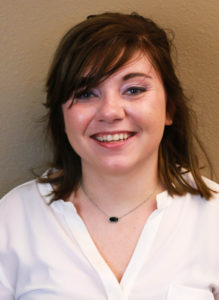 To me agriculture is our wisest pursuit because the backbone of life is agriculture. We wouldn’t be here without it, and that’s why we should be so grateful that companies like Impactengineeringinc.com/ do so much when it comes to being able to improve the yield rate and quantity within such facilities, but don’t just take my word for it. I asked members of the Department of Agriculture and Environmental Sciences about agriculture issues and why agriculture is important to them.

Terren Moore, a senior agriculture industries and extension major, said “Agriculture is important to me because there is no other industry that deals with such a wide variety of different things. If you’re involved in nursing or law, then you do that specific thing. In agriculture there are a lot of different routes you can take in the industry. For example, you could do indoor growing of food or medicinal plants (see urban-gro for more information on indoor growing operations). Agriculture isn’t just limited to farms in the countryside like you might imagine. Though I enjoy producing food for my community and I enjoy the production to consumer industry and without agriculture, there is nothing.”

For Moore, educating others is the most important issue. “It’s important to know where your food comes from,” he said.

Kelton Mote and Kristyn Stewart, senior wildlife majors, both said that the most important issue for them is habitat loss.

“We are losing species to habitat loss, so trying to conserve land is important to be able to maintain these species. Wild hogs are also a major issue. Trying to minimize the population because they tear up farm land. We want to reduce the negative impact they have on agriculture,” said Stewart.

“Everything in the ecosystem is connected, so we are all about maintaining those connections,” said Mote.

Stewart said that wildlife is important because, “historically bison and other large species would roam and cause destruction that would help to disturb the land. People also like to go hunting for sporting purposes and to spend time outside. People also eat deer, game birds and other wildlife species.”

“Everyone, regardless of who you are, you are a part of agriculture, because you still eat plants and animals and you wear clothes. 100% of the population is involved in agriculture,” said Cavitt.

Gates added, “Sustainability is the most important issue to me because if what we are doing right now will be detrimental to people in the future we need to rethink our practices. Because we are not just feeding us today we are feeding the people of the future.”

The biggest issue for Dr. Hennen Cummings, an associate agriculture professor, is water. “There isn’t enough of it and when talking about that its quality and quantity so it needs to be healthy water. In aquaponics I can grow a head of lettuce in 90% less water because there is less evaporation and the water isn’t connected to the soil particles.”

He also said that agriculture is important “because people like to eat and people want to eat locally and they want to eat healthy food and things that are grown in sustainable ways can do that with aquaponics.”

“We would be starving without agriculture. For me good labeling is the most important issue. I feel like a lot of consumers are misled by labeling and don’t know exactly what they are buying,” said Callie Faul, senior agriculture education major.

Heather Brown, junior agriculture communications major, said, “I grew up in agriculture and we pretty much sustain the world, so I believe that agriculture is important to everybody. The most important issues to me is to create a future for the young people that are involved in agriculture.”

So the next time that you get dressed or eat, think about the people that played a part in producing the material that your clothes are made out of or the food that you are eating and remember the people who are responsible. Tell them “Thank you.” They will appreciate it.