Tony Romo has been watching the season go on from the sidelines due to a fractured back he suffered during a game against the Seattle Seahawks in the preseason. Dak Prescott, a fourth round rookie quarterback has led the Cowboys, alongside rookie running back Ezekiel Elliot. With the team’s 11-1 winning streak (longest streak since 2007) fans have shifted their allegiance from Romo to Prescott. But does Romo have what it takes to continue being a dominating quarterback or should he just hang up the helmet and cleats to be a coach? 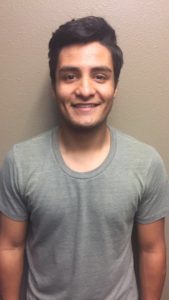 Since Romo’s press release about stepping down to Prescott, there have been plenty of rumors about Romo being traded to several teams like the Jets, Cardinals, Bears and Bills during the 2017 offseason. Ian Rapaport, NFL media insider reported, “Romo already has eyes on the Broncos as a possible destination if general manager John Elway decides Paxton Lynch needs another year and Trevor Siemian is the guy.”

Even though Jerry Jones, owner of the Dallas Cowboys, says he hasn’t even thought about giving Romo away, I don’t think Romo would settle to stay as the backup for another year. Romo has another option though, he can retire as a Cowboy after this season and more than likely stay with the team as a coach. I personally recommend this for Romo since he’s built very close ties with the Cowboys and the Joneses during his time as the starting quarterback. It’s possible he could become a coach for the team if he really wanted to.

Although Romo is a great quarterback he’s just too big of a liability. Romo can’t take the hits anymore and he’s made out of glass- he’s broken his clavicle towards the end of the 2014 season, broke it again in the 2015 season and now has a fracture in his back from the preseason game. Even if Jones agrees to trade him, he wouldn’t be a very reliable quarterback. Coaches would be biting their nails every play hoping a sack doesn’t result in a broken Romo. Personally, I think that Romo when healthy is easily a top 10 quarterback, but just like all great things, they eventually have to end. Kobe Bryant, one of the best NBA guards ever to touch a basketball even came to terms with retiring. In a L.A Times column, Bryant is quoted “My heart can take the pounding, my mind can handle the grind, but my body knows it has to say goodbye.”