Path to the punch line

Yousef Adawi was eight years old when his father was shot and killed. Adawi is not a happy person but he loves to make people laugh and his dream is to be a stand-up comedian.

He was born in Dallas, Texas, but has lived all over the world, including Israel, Egypt and Sweden. Adawi’s parents are originally from Jordan but immigrated to the United
States.

Adawi is currently attending Tarleton State University. He has already taken steps to achieve this dream.

During Transition Week, the 6-foot-5, 310-pound freshman took the stage in sunglasses and gold chains for the talent show.

“I thought the way he told his jokes, it showed a different side of him that others don’t really know,” friend and dorm-mate Jordon Vagts said. “He showed that he can joke around with who he is and he’s not afraid to be different. I knew he liked to make people laugh, but I did not know that he could actually go up on stage and do it.”

Although Adawi loves to hear a crowd laugh, he cares about making people happy on and off the stage. 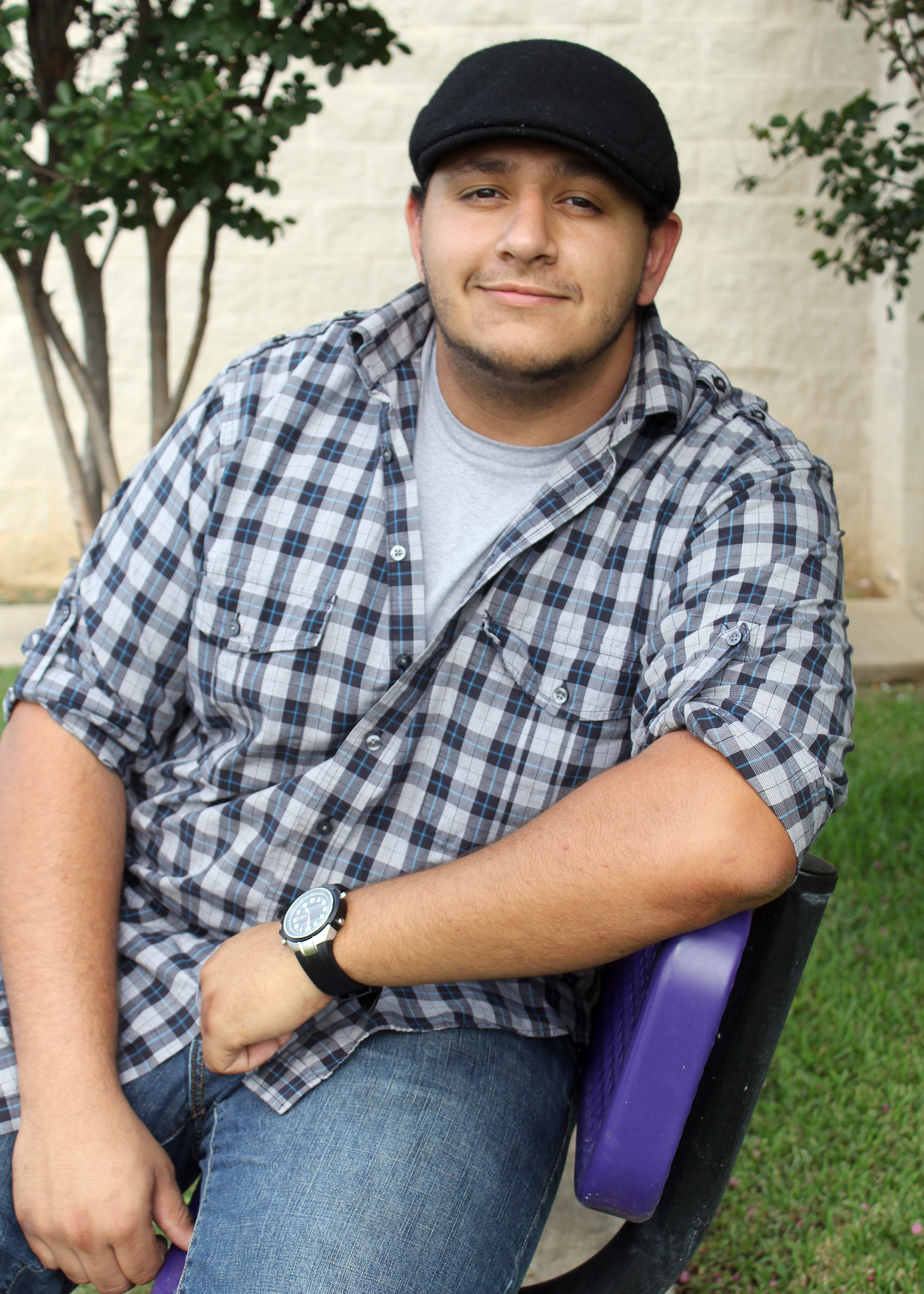 “Making people happy is the only thing in the world that makes me feel like everything is going to be okay,” Adawi said.
(Cassidy Horn, Texan News Service)

“Yousef is a guy I can go to when I need someone,” Vagts said. “He’s not shy, he’s outgoing, he’s just so easy to click with, he loves to include everyone and make people feel special about themselves. He is just a down right amazing guy to me.”

Adawi’s self-confidence and temper run on a short fuse, but not many see this side of him.

He is an honor student majoring in chemistry and plans to double major in biology. He wants to be pharmacist, but that’s just plan B.

“What I have gathered from living all over the world is that no matter where you are, where you start from, where you end up – we all work to death and then die,” Adawi said. “But what you do with the time between is what matters, and I want to make people laugh with that time. My plan is to be a stand-up comic. Not for the money or the fame. Those things would be nice, but to make people laugh, to be something my father was, to make people happy.”

His father, Ali Adawi, worked as a professor in Jordan but did not make enough money to support his family and was sent to prison for writing bad checks. Ali immigrated to the U.S. after being released. He then divorced his first wife and met Besma, Yousef’s mother. After marrying they both worked full time jobs to support their 11 children between them.

“My father was a truck driver, cab driver, worked at a gas station. My father worked every stereotypical job you could think of,” Adawi said. “But my father could also make my mom smile, so no matter what happened, no matter how hard things got, my mom was always happy, because my dad could make her happy.”

On June 25, 2003, Adawi and his mother were on vacation in Jordan visiting family when their happiness vanished.

Although Adawi lost his father at a young age, he is reminded constantly by his family that his father is a part of who he is– however, looking, sounding, and acting like his father is not enough for Adawi.

“Everyone says it comes with age, but my father could tell a story in a way that you were there as it was happening,” Adawi said.” You could imagine it, taste, hear it, smell it. I want that.”

Being a great storyteller like his father is how he plans on making people laugh and making the world a better place.

“To have the attention of people you don’t know…to take them on a ride, and then have it end up where it’s not something they have to think about. That makes them forget the stuff that they are worried about and focus on the moment and be happy,” Adawi said. “That’s the high that comes with making people laugh.”

Although living all around the world had its disadvantages, it also taught Adawi life lessons. While visiting family in their new home in Sweden during a summer vacation, he learned that you can never let go of who you are.

“Seeing how my family could literally move from everything they were connected to culturally, place themselves in a completely different society and just be there. At the time I wasn’t aware of it but as I get older I realize how important it is to do what they did,” Adawi said. “To not only blend in but remain who you are.”

Staying true to his culture and beliefs has not been hard for Adawi. The hard part has been being an Arab in America.

“It’s always you’re Arab… you’re a terrorist. Being Arab is the hard part. Being Muslim is easy because that’s what I do behind closed doors,” Adawi said. “Being who I was born is the hard part; being who I choose to be is easy.”

With his father in the back of his mind and the hard experiences from his life under his belt, Adawi knows his purpose in life.

“I am not a very happy person, and the way I see it, if I can make others happy, maybe someday it will make me truly happy.”

Beginning his stand-up career on his 18th birthday, Adawi did not miss an open mic night in down town Dallas until he came to college at Tarleton this fall.

“During the summers I am going to go back to Dallas and continue doing stand-up, and working in the trenches of open mic night for as long as it takes for a manager or owner to notice me so that I can be showcased and eventually paid.”

Although a paycheck would be nice, he says the laughter that the crowd gives him benefits him more than any dollar amount. With each laugh, chuckle or giggle from the crowd, the happiness that is temporarily gained keeps him going.

“Whenever I get the whole room laughing, I feel like I am close to being happy, and when I get off of that stage for the next few seconds, minutes, hours, days, nothing on earth can touch me.”