POLUNSKY UNIT, POLK COUNTY — Coy Wesbrook, Texas Death Row inmate No. 999281, stepped through white metal doors wearing over-worn white prison scrubs and black reading glasses that were slipping off his nose. Wesbrook was sentenced to death by lethal injection for a shooting in 1997 that claimed four lives. Now, he is counting down the days until his scheduled execution on March 9.

In an interview late last year, he told two journalists from Texan News that he killed in self-defense.

“I didn’t attack these people, these people attacked me,” said Wesbrook. “That’s what got the ball rolling in the first place. I didn’t go over there with the intent to kill anybody.”

Wesbrook is one of 263 people on Texas Death Row, the nation’s busiest. If he is executed as planned on March 9, he will be among about 12 percent of executed prisoners in the nation who expressed remorse for their actions or admitted guilt in final statements.

That figure comes from an analysis official statements from condemned prisoners in a database maintained by Tarleton State University journalism and broadcasting students. The database contains the final words spoken, if any, by condemned prisoners and can be found at http://www.tarleton.edu/scripts/deathrow/. The final statements come from public records, news accounts and academic research involving 1,339 executions of the 1,427 carried out in the United States since 1976.

The database shows that about 6 percent of prisoners executed made unambiguous declarations of innocence or said the wrong person was tried for their crime. 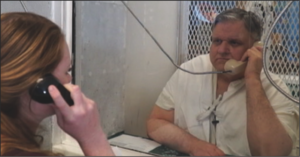 Other statements consisted of offenders telling loved ones goodbye, praying, making hand gestures, talking about drugs, blaming the court system, words of advice, and rambles. In 30 percent of the cases, records show the inmate made no statement or records could not be found saying whether a statement was made

Wesbrook, according to state prison records, was convicted of killing his ex-wife and three men in her home on Nov. 13, 1997. A fifth victim, another woman, was shot but survived. Wesbrook said he killed because he observed his ex and two of the men having sex.

Wesbrook came into prison without a criminal history, but with a lot of mental issues. Records show that Wesbrook had a hard time learning when he was younger and didn’t develop proper social skills. Wesbrook was also sent to therapy when he was a child to help with his social and educational skills.

In his interview, Wesbrook says he always believed that there was a God, and when his time comes in March that he will be with God.

“I believe there is a God in heaven,” said Wesbrook. “I’ve read the Bible three times, front to back. I pretty much know what it’s all about and pretty much have given myself to the Lord.”

Wesbrook expressed remorse for his victims and their families.

“Over the years now, I’ve had time to think about all this stuff and rationalize it and I see where I went wrong, so I’m prepared,” said Wesbrook. “In fact, I was so prepared to die, when we rolled up here, I asked, ‘What do I got to do to find a way to get me executed like next week.’”

If Wesbrook is executed as planned on March 9, he will be the fourth prisoner executed in Texas for 2016. Westbrook said his attorney is not planning on making any last-minute appeals.

Wesbrook has had the last 17-and-a-half years to contemplate what his final words would be. At the end of the interview, Wesbrook recited what he was planning for his final statement.

“To the victims’ families, I’m sorry that all this stuff happened. I’m not proud of what I did, but [y’all] weren’t there that night, [y’all] don’t really know what everybody did,” said Wesbrook. “I was there, I knew what everybody did, and I was just literally scared out of my mind.”

You can watch the interview with Wesbrook at  https://www.youtube.com/watch?v=XVBaBhO2ebo