Tarleton State University recently announced it’s a potential candidate to move to Division I and that two conferences have shown interest in extending Tarleton an invitation. However, when Texan News contacted the two most likely conferences, officials declined to say whether an offer was in the making. 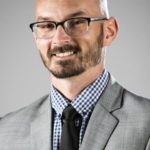 Justin Boyd, Tarleton assistant athletic director for compliance, told the Student Government Association earlier this month that “We look at the Southland conference mainly because that’s who we have an established relationship with…and it makes the most sense geographically.” He also said that the Western Athletic Conference “was on our campus two weeks ago.”

Jeff Hurd, commissioner of The Western Athletic Conference, also said in response to the announcement of Tarleton’s potential candidacy that “there has been no such announcement from the WAC.”

Dr. Rick Richardson, chairman of Tarleton’s Division I task force, says that he isn’t surprised by those responses.

“Looking at this from their perspective I’m not surprised, what we’ve always tried to say is no invitation has been received,” Richardson said in an interview. “I think from their standpoint they would want to be very careful about even saying Tarleton’s a great school, because they’re guided by however their governance is and they may be considering others (universities.)”

Richardson added how the conferences responses to Texan News makes the most sense strategically. 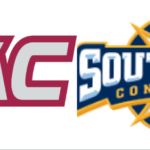 If Tarleton gets a D1 invite, it is believed that the invite will either be from Southland Conference or Western Athletic Conference. Photo courtesy of southland.org and herosports.com

“If we were in their position strategically, you probably want to try to keep all your options open for schools and not say that you’re being favorites to one or another,” said Richardson.

Although the conferences seem less than eager to confirm Tarleton’s status as even a potential new member, both have shown interest and even visited campus. Richardson says the Western Athletic Conference “made a very informal visit.” Also in 2015, during an open forum held on the potential transition, Athletic Director Lonn Reisman said Southland Conference Chairman Tom Burnett told him during a visit that “The Southland Conference would love to have Tarleton State join.”

Tarleton and the Division I task force have made clear that no invitation has been received, but if Tarleton is to receive an invitation it would most likely be in the spring.

“The NCAA conference is in January, so the conferences meet there, then there may be invitations that flow out from that point,” said Richardson.

Tarleton’s future as a Division I university may seem uncertain Richardson says “it’s a fluid process.” Tarleton may or may not get an invitation, but they are taking the appropriate steps to ensure the right people will be prepared should Tarleton President Dominic Dottavio get “the call” from one of the conferences.