David Valdez believes in going after what he wants.

“Be bold enough to go ask for the job” was the advice the presidential photographer had for the Tarleton students he spoke to on Monday during a daylong visit.

Valdez is an accomplished photographer, best known as the White House photographer for George Herbert Walker Bush during Bush’s vice presidency and presidency. 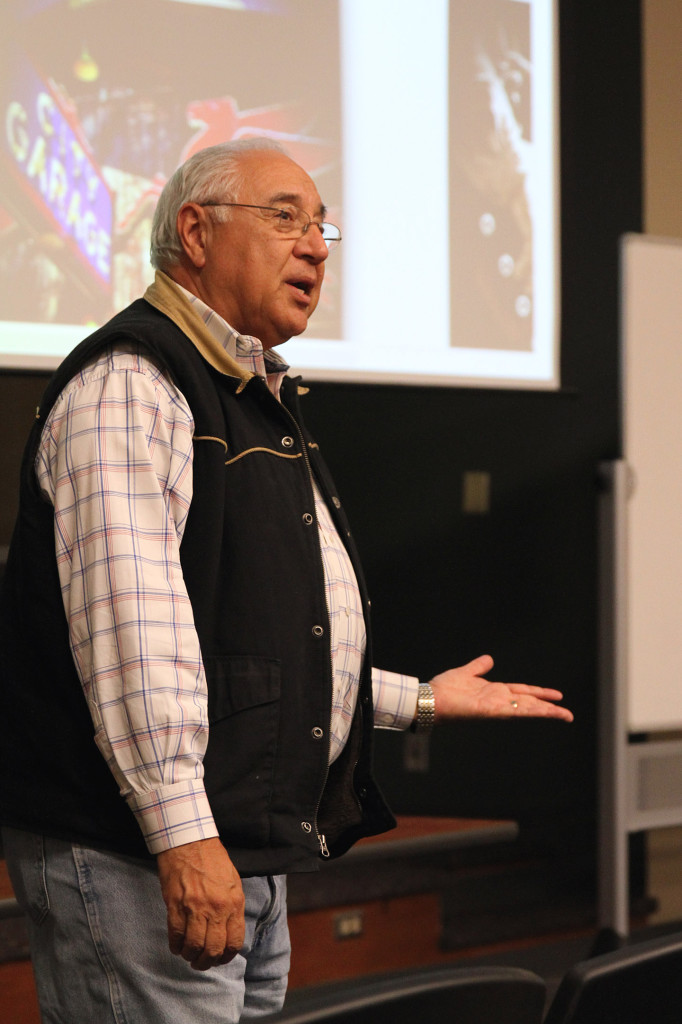 Valdez has had his work published in Life, Time and National Geographic magazines and numerous other publications. He also published a book, George Herbert Walker Bush: A Photographic Profile.

Valdez’s photographs are on display at the George Bush Presidential Library in College Station. He joked that “at least, that’s what they call it.  In my family we call it the David Valdez Photo Gallery.”

Throughout his talks, Valdez focused on the need for students, or anyone else, to go after what they want. Valdez said several times, “Be bold enough to ask for the job” and “take the initiative” to go after what you want.

He certainly did. Valdez was born in Alice in south Texas and graduated from high school in Albuquerque, N.M.  After graduation Valdez enlisted in the U.S. Air Force where he was trained as a photographer. After leaving the Air Force, Valdez attended and graduated from the University of Maryland, earning a degree in journalism.

When he was elected president in 1988, Bush kept Valdez on the staff as his personal photographer and head of the White House Photo Office. During his time working for President Bush, Valdez visited all 50 states and 75 different countries.

Valdez emphasized the importance of student internships and told the story of a college intern who came to work for Disney. During his summer internship, the student had photos published in Time, Sports Illustrated and People magazines.