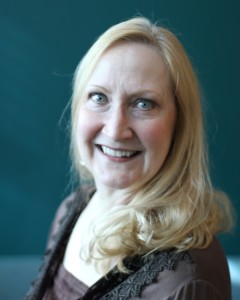 Dr. Gay Wakefield, public relations and event management professor and the program’s founder, was found dead in her bed at her Granbury home on Monday. She passed at the age of 63.

Pam Carpenter, the administrative assistant in the Department of Communication Studies, asked the Hood County sheriff’s office to make a welfare check on Wakefield after she was absent from work on Monday. Officials told her at about 4:45 p.m. that Wakefield was found deceased.

The police told Carpenter that they believe she died Sunday during the night.

Angie Brown, Assistant Vice President of Employee Services, said in a university-wide email that funeral services are pending at this time.

According to Brown, Wakefield loved “exposing students to the art of planning and producing large community events.” She added that many of Wakefield’s former students went on to have successful careers as a result of her tutelage and preparation. Wakefield, who was originally from Fort Worth, created the annual Central Texas Wedding EXPO. She has been a professor at Tarleton since 2006 and won many awards in her lifetime, including the Barry B. Thompson Service Award in 2015 and International Woman of the Year in Cambridge, England, in 1993.

Kelli Styron, Dean of of the College of Liberal and Fine Arts, went on to say that Wakefield was “an excellent faculty member, colleague and friend.”

Wakefield made numerous visits to hospitals due to reoccuring health issues. On Jan. 10, Wakefield posted on her Facebook page a status that updated her friends on her recent struggles with her health.

“First, THANK YOU to all who have prayed for me, worried about me and kept up with me during my 3-1/2 weeks at the Mayo Clinic in Rochester, Minnesota, which is a place of miracles, in my opinion,” said Wakefield in her Facebook post. “I am delighted to report that, after weeks of appointments with five specialty departments and a myriad of tests ordered by those groups, Mayo informed me at the end of the week that the last round of tests finally identified two major viruses that caused the major organ damage they discovered and for which they hospitalized me over Christmas in their St. Mary’s Hospital (rated #1 in the nation for very good reasons, I attest). Lab results confirmed that neither of the viruses remains active and that affected organs are responding to treatment. There will be follow-up tests in March that I can have done in Texas and send to Mayo for analysis to assure recovery continues as expected. I’m released from the clinic, arrived home late last night, and am looking forward to a healthy 2016.”

On Thursday, Feb. 11, at 12:41 p.m., a university-wide email was sent by the Assistant Vice President for Employee Services, Angie Brown, to announce that Wakefield’s memorial service, or “Celebration of Life,” as it is called in the email, will be held in Stephenville on Friday, March 18, at 2 p.m. in the Clyde H. Wells Fine Arts Center Theater, room 104.

Texan News Service will update information on Wakefield as it becomes available.