Yareth Lopez, who graduated from Tarleton State University in May, says that she is proud to be one of the 800,000 recipients of Deferred Action for Childhood Arrival (DACA).

DACA was enacted by President Barack Obama’s administration in 2012. The program allows young undocumented immigrants get a work permit, own a driver’s license and attend college. 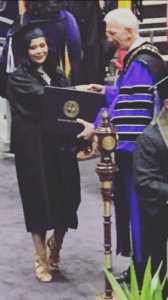 Lopez graduated from Tarleton State University in May 2017 with a degree in Spanish. Photo courtesy of Yareth Lopez.

However, on September 5th, current President Donald J. Trump announced the ending of DACA. He is giving congress six months to replace the program, and if they do not come up with the replacement by then, the program will be repealed completely.

“DACA- Deferred Action for Childhood Arrivals. I myself, I’m a DREAMER, for those of you that don’t know!… I am ONE of the 800,000 young people in this country to be a part of a DREAM that changed our lives in the summer of 2012, and I’ve been fortunate enough to be a part of this journey!”

Lopez was born in Mexico, and moved to the United States in 1999 when she was just seven years old. 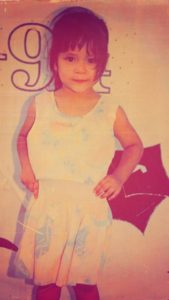 Lopez says that it was not her choice to come to the United States at seven years old, but she is glad her parents made the sacrifice that they did so she could have more opportunities in life. Photo courtesy of Yareth Lopez.

“Most people think that just because you cross the border and you live here, you came here illegally. I came here with a passport, I came here with a Visa, my whole family did,” Lopez explained. Lopez said that after her VISA expired, her family stayed in the United States, and that’s when they became undocumented.

Although President Trump is ending DACA, Lopez said she is trying to give him the benefit of the doubt.

“I don’t judge the man. He had his own reasons to end It. Maybe for something better to come for us, you never know. I just leave everything in God’s hands.”

Lopez also said that right now, she is not too worried about the future but believes she was brought to the United States for a reason.

“On that day, if something does end up happening—something bad—then I might start worrying, but right now I’m like, ‘Why should I worry if for 14 years of my life, I was here undocumented and I’m still here?’ Why should I worry now when I could have worried before?” 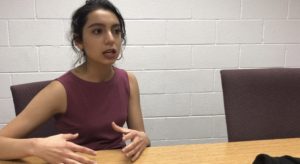 Victoria Villasenor, president of Tarleton’s Hispanic Student Organization said that she thinks the fear of deportation will go away, as more DACA recipients like Lopez share their stories. Photo by Danny Hernandez.

Villasenor said, “A lot of people I know [DACA recipients] were initially scared. They felt attacked by a bigger organization. They felt small.”

Villeansor continued, saying that she feels as more DACA recipients like Lopez come forward about their status, the fear of deportation will go away.

“As we rally more people, as more people rally amongst themselves, people will begin to lose that fear and realize that the power is within the people, and the contributing members of society that are DACA recipients.”

Villasenor says that there are many misconceptions about undocumented immigrants, particularly DACA recipients. 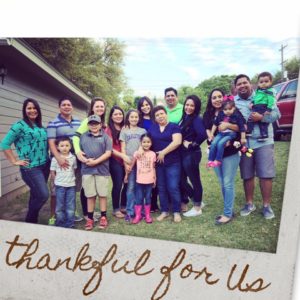 Lopez (fifth from right) poses with her family. Three of her siblings are also protected under DACA. Photo courtesy of Yareth Lopez.

Villansenor said that Tarleton’s Hispanic Organization wants the public to understand that,

“These people can’t control their situation, and they’re human and they’re trying their hardest. And that’s why they put themselves out there to register for this program. Because, why else would they put their information out there? If they are selfish, and want to keep to themselves and want to steal jobs, how does that make sense? I wish and I hope for more consideration for these people.”

Lopez says even if young undocumented immigrants have the opportunity to return to their home country, “If we go back, were not going to be used to that life because we’re used to the life that we live here.”

Regarding DACA, Lopez said “This program has given so many students, so many young people, the opportunity to succeed in life [and] to get a higher education.”

She added on saying, “We are all equal. It doesn’t matter the color, the gender, if you’re documented or undocumented, it doesn’t matter. We all should have the same opportunities in life.”