Remembering the American Sniper: ‘A complete warrior and natural leader’ 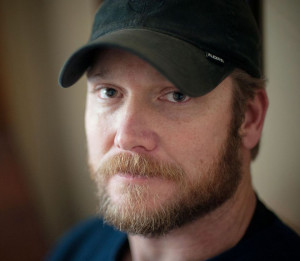 The website muckrock.com posted Kyle’s personnel file Feb. 20. The organization said it obtained the file under the Freedom of Information Act.

“Kyle has demonstrated exceptional combat leadership beyond his peers. His proven performance under fire cannot be overstated. Promote to Chief Petty Officer immediately!” one entry in his file states.

Kyle’s military records were made available as the trial of the man accused of killing Kyle and his friend, Chad Littlefield, wound to an end.

Kyles’ last duty assignment and major command was Seal Team Three, North Island, California. Kyle lead by example, he coached and taught his men daily, ensuring each man was prepared for all the challenges on and off the battlefield.

Kyle was known for inspiring his peers and subordinates. The records show Kyle was responsible for saving lives of U.S. and Iraqi forces.

On the evaluation Kyle is described as being an exceptional leader by leading the SEALs through weeks of high-intensity training. He was cited as an outstanding commander for expert planning and supervision and as an extraordinary mentor for leading by example and providing superior mentorship and career guidance.

“His personal conduct and performance in combat during the most intense urban combat ever experienced by NSW personnel served as an example to all,” the records state.