The assassination of John F. Kennedy 50 years ago Friday evokes clear recollections for people who listened to the news on radio or loudspeakers in classrooms, watched it on black and white televisions or read about it in newspapers.

For Tarleton students, however, the assassination is something they’ve experienced indirectly – another lecture in a history class, an experience at a museum, a story told by an older relative.

As the anniversary of Kennedy’s death approaches, people from both groups were interviewed about their recollections, understandings and questions about the assassination. The following is a compilation of what they learned and comes from fellow students as well as the mayor of Stephenville, the president of Tarleton State University and a former White House photographer. 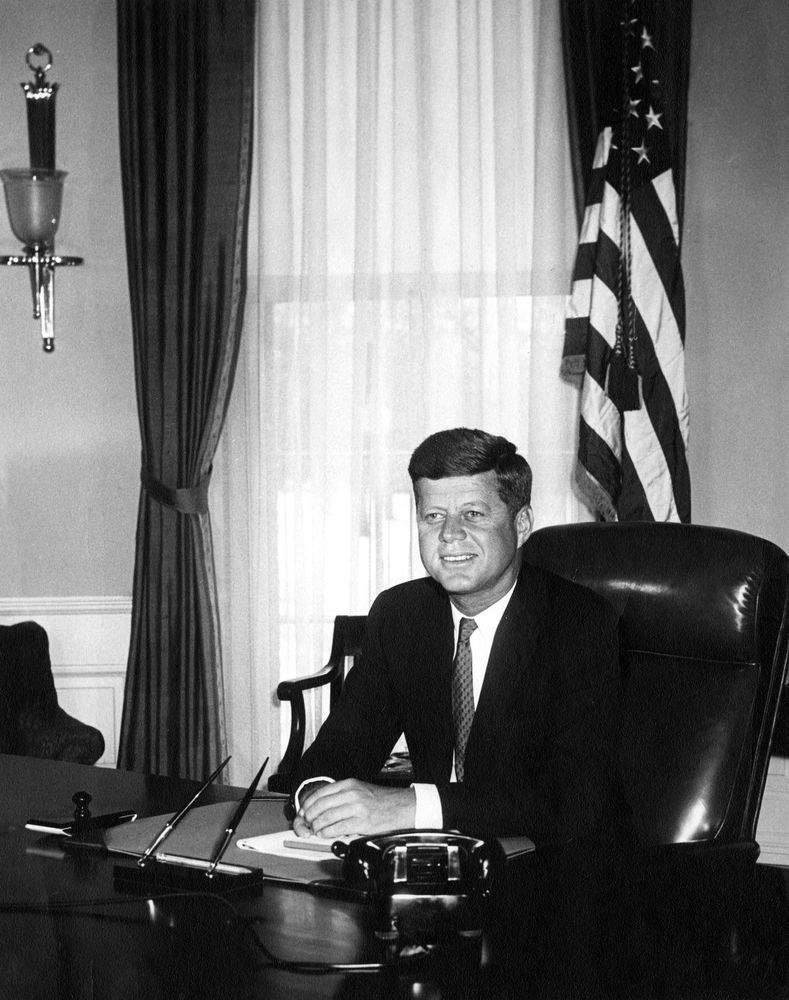 “I was on the playground of my elementary school when President Kennedy was shot,” Tarleton President Dominic Dottavio said. “All of the students were quickly ushered back into our classrooms and given a brief, emotion-laden summary of what happened by my teacher. I think my reaction was similar to many others – shock and fear. Shock because it was not something that anyone would expect to ever happen in this country; fear because we were at the height of the Cold War and very aware of the regular drills to prepare for dropping of the atom bomb.

“Over the years, my sense of loss of an important and charismatic leader has not changed,” Dottavio said. “However, I expect the fear that I experienced as an elementary school student was both a product of the time and a naïve understanding of the stability inherent in our democratic government.”

Gregory Tompkins, a 57-year-old Oklahoma businessman and the father of Tarleton student Branique Tompkins, says he was in school at the time Kennedy was killed. “I was only 7 years old, so I don’t remember much about that day. I know it was a really big deal, and I remember seeing it on TV, but the impact wasn’t heavy on me.”

B.L. Bollmam, the father of Tarleton student Misty Shorter, was working in downtown Dallas as district manager for Neiman Marcus on Nov. 22, 1963.

“The parade was on Elm [Street] a couple of blocks away,” Bollman said. “I went to the corner of the block and watched part of it go by. I was not a big fan of JFK, but it was still a big deal. I went back upstairs and went back to work. About 15 minutes went by and I heard on the radio that he had been shot. I went back downstairs … and could see people confused on the corner.”

Bethann Coldiron, a 23-year-old agricultural communications major, says most of what she knows about the assassination comes from Sixth Floor Museum at Dealey Plaza in Dallas.

“When I was 15, my mom decided I was old enough to understand the meaning of the Sixth Floor Museum,” she said. “So we made the drive to Dallas and bought tickets and walked into the old book depository building downtown. I had read about President John F. Kennedy and his assassination in school, but never really understood the magnitude of what had happened. The exhibits in the museum take you back to that day and you almost feel like you are reliving the terrible assassination, even if you were not yet born.

“My favorite piece in the museum was the video of President Kennedy’s last speech, and the play-by-play of the actual assassination,” she said. “The staff did a wonderful job of accurately detailing the timeline of the attack that took President Kennedy’s life. The most sobering portion, however, was the cardboard boxes, glassed off from the world and untouched, which Lee Harvey Oswald stooped behind, aimed his gun and pulled the trigger, forever changing history and the American people.”

David Valdez was a junior high school student at the time of the assassination – and had just finished reading JFK’s Pulitzer Prize-winning book about heroism of American patriots, Profiles in Courage. Decades later, Valdez would become the White House photographer for one of Kennedy’s successors, former President George H. W. Bush.

Valdez’ recollection of Nov. 22, 1963 remains as crisp and clear as the photographs he took in 75 countries and 50 states as the 41st president’s official photographer.

“I was giving a book report on Profiles in Courage at …school in Albuquerque, New Mexico,” Valdez told journalism instructors Dan Malone and Kathryn Jones this week during a visit to the Tarleton campus. “And when I finished, the principal came on and told the whole school the president had been shot and they excused us all.”

JFK’s assassination spawned one conspiracy theory after another.

“I feel as if the entire situation is a little sketchy,” psychology student Brittany Brumbelow said. “I mean, in my generation, a lot of things seem to be floating around the idea of conspiracies. Who knows? It could be true with the assassination of JFK too.”

Stephenville Mayor Kenny Weldon, who was less than a year old when Kennedy was shot, thinks Lee Harvey Oswald did not act alone, but he was probably the only one who knew the entire plan.

“I do not believe the conspiracy theories involving the assassination of JFK,” Weldon said, “but I do believe there are details known by the government that, for security purposes, were never revealed and that other information was lost or destroyed due to human error.”

Karlie Simmons, a 20-year-old sophomore, said she believes Kennedy was assassinated because he was the first Catholic president and “that his presidency would be based off what the Catholic church wanted.”

Erin Wilhite, a 20-year-old Tarleton history major, said she believes Oswald was responsible for Kennedy’s death, but there is “apparently a big conspiracy theory—not that I believe in those.

“What killed [Kennedy] was a bullet. He was shot,” she said.

Lauren Teal, a 19-year-old freshman, said: “Oswald wanted to look powerful in front of his gang.”

However, Cody Roland, a junior nursing major, believes that Kennedy would have brought about a different ending to the war.

Robert Gibson, a 42-year-old Fort Worth firefighter, says the country would not be any different today if JFK had not been assassinated.

“Vietnam was already initiated under his presidency and the country was already heading towards the direction it’s in now,” he said. “So either way, if the assassination had never happened, it wouldn’t have made a huge difference on the country today.”

Dottavio said, “It is difficult to speculate how the country would be different had the assassination not happened. I have the impression that Lyndon Johnson did an admirable job of moving JFK’s big policy initiatives forward. The biggest question for me would be whether a different approach to the Vietnam War would have occurred under JFK. That war defined a generation of Americans and the veterans who served. The social fabric of the country was fundamentally altered because of the war; some considered it for the better, others for the worse.”

Shelby Meza, a 51-year-old police officer, says that if JFK had not been murdered, then there would be “more racial equality.”

Brady Blackburn, a 2009 Texas Tech graduate and history buff, believes that the struggles during the civil rights movement could have been avoided if JFK had not been killed.

“He never got to fulfill his presidency,” Blackburn said. “His good-heartedness may have made [the] civil rights movement go smoother.” 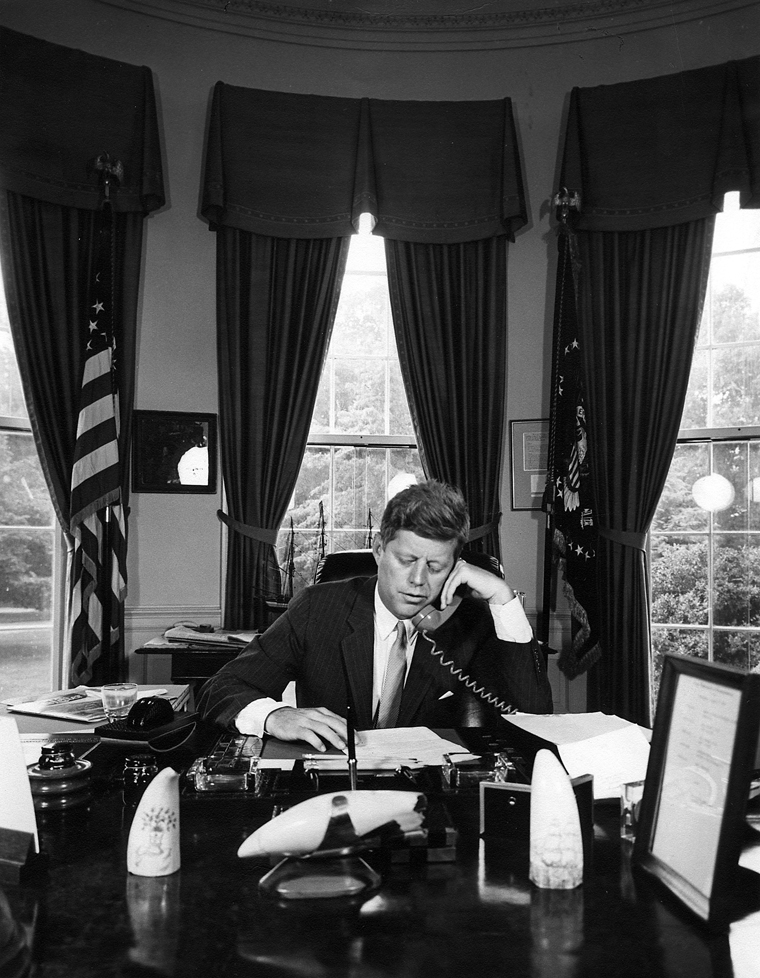 “I feel that [Kennedy] being assassinated created a sense of unity for our country at the time,” Hamilton said. “ But I also think that having him around to serve his full term could have brought a lot of great things to our country. Anytime a great leader or even a great person is lost, we lose the future things he or she could have contributed, but we gain a mental asset from their death with the many good things that come from it, such as unity and passion for our country.”

Jeff Azubuike, a 23-year-old Tarleton fitness management major, said, “When I think of JFK, I like to have positive thoughts about him and nothing about the assassination. I remember him as a hero. I admire his act of service for our country, as well as hi[s] earning a Purple Heart.”

Stacey Pruitt, 45, of Granbury believes that the connection Kennedy had with the American people is what made his death such a tragedy.

“I don’t think it was because he was the greatest president, but more because the American people felt like they knew him,” Pruitt said. “He was the first president that they got an up close and personal look at how his life was like. This quote is less than ideal…They got to see a lot of his wife and kids.”

Matt Roddenberry  believes that the only reason Kennedy is still revered is because he was assassinated.

When thinking of JFK, Wilhite recalls learning about him last year in her history classes. She thinks of the presidency and the movements he stood for, such as civil rights, and also the space race. Wilhite thinks that everyone around her age knows about the JFK assassination and that “he is still a strong figure even today, and with all the documentaries, he still impacts the United States.”

As the 22nd day of November draws nearer, people remain curious about the Kennedy assassination, and the man at the center of the controversies and conspiracies surrounding his death.

“I’ve never been here before,” Markos said. ”I’ve tried to come see it many times and just never have. With the anniversary coming up, I figured why not?”

Standing near Oswald’s grave, Markos said, “You see this? this is history. I’m doing the full tour today. After here, I am heading over to the book depository and see what all that has to offer.”

Editor’s note: Bethann Coldiron is a staff member for Texan News Service and was quoted in this story.