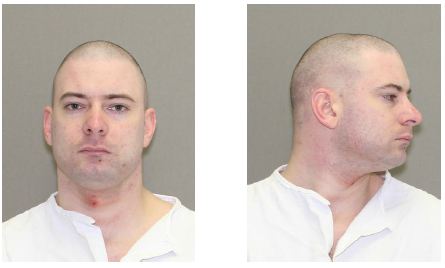 Routh’s mugshot from this morning after his transfer. Photo obtained by Daniel Houston(Texan TV News) from the TDCJ website.

For the first time in over two years, Eddie Ray Routh is no longer a burden on the taxpaying citizens of Erath County. Ten days after being convicted of murdering Chris Kyle and Chad Littlefield, Routh was transferred to the John Middleton Transfer Facility just outside of Abilene.

Routh was present for the 7:00 a.m. inmate report conducted by the Erath County Sheriffs department on Friday, March 6, and was transferred shortly after.

The Middleton Transfer Facility is located eight miles outside of Abilene and houses up to 2,128 inmates according to its website. The website also says that it employees 504 individuals, and has six mental health specialist on staff.  The facility is the base for the transportation office of western offenders and has substance abuse screening capabilities.

Several media outlets have reported that Routh has cost the taxpayers of Erath County upwards of $1 million since his arrest on Feb. 3, 2013. Routh is serving a life term after being convicted on two counts of capital murder. Wendy St. John filed an appeal of the guilty verdict on Tuesday, March 3. The appeal has not yet been ruled on. ​