Rumors spark debate about May Fete

Rumors abounded on Twitter concerning Dr. Laura Boren, the vice president of student life, doing away with May Fete and other Tarleton traditions are false. Texan News Service reached out to Boren for her side of the story.

“Honestly I’m not sure what sparked all this, other than the fact that I’ve had a few conversations about increasing Founder’s Week, making it bigger and better and getting more people involved with the contribution of that week. I’ve also questioned the pageant part of May Fete and asked that we look at how we can improve it,” Boren said.

Many students shared their thoughts on the rumors via Twitter with the often quoted L.V. Risinger, “It may be right or it may be wrong; It may be good or it may be bad; but right or wrong, good or bad it has always been done this way. We like it done this way and we plan to continue to do it this way.”

It appears that May Fete is where the controversy began in the first place. Through Twitter and word of mouth, students began hearing that the administration at Tarleton wanted to get rid of May Fete because some students were bothered by it. 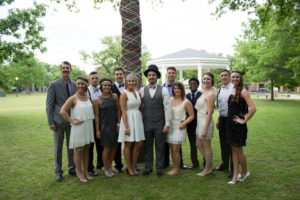 May Fete is a pageant that first began in 1921. According to information gathered by the Cross Timbers historic Images Project, May Fete contestants were judged on qualities such as beauty, poise, personality and posture. Students also had to be in good academic standing in order to compete. May Fete disappeared around the 1940s and beginning of World War II, but was revived in 2009 by the Tarleton Ambassadors.

Concerning May Fete, Boren said that there have been no immediate plans made to completely discontinue the tradition. “I think that is a discussion we need to have with the planners of May Fete. I do not think that it shows women in a positive light. I do think that we could find a way to keep the spirit of what May Fete started out as and make it better than we could ever imagine. That’s my personal opinion. This is something that we should all work on together,” Boren said.

After speaking to some female students, they said they do not believe that May Fete is degrading to women.

Shelbi Bell, senior pre-vet major, said that she doesn’t see how it is degrading, “It’s a Founder’s Week celebration and I think that people are just finding things to complain about. I think that things can only be degrading to a woman if you let them be.”

Brittany Green, junior nursing major, the reigning May Fete Queen said, “I don’t believe it was degrading to me personally or the girls I was with in the pageant the year. All of the questions gave me the chance to showcase and talk about things that meant a lot to me and to talk about my love for Tarleton. I was never put in an uncomfortable position or asked uncomfortable questions while in the pageant and it was truly an honor to be a part of a Founder’s Day as such. It was completely voluntary for me to do the pageant. I made some great friends and learned even more about Tarleton that I didn’t know.” 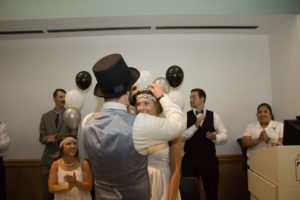 Here is Brittany Green being crowned May Fete Queen after the pageant event during Founder’s Week.
Photo courtesy of Brittany Green’s Facebook.

Green did say that if there was something she could change about the pageant she wishes more organizations would get involved. “As much as I love all my Greek sisters it’s almost inevitable that Greek women will be nominated because we have so many sisters. I would love to see a rep (representative) from athletics, theater, Residential Living and Learning (RL&L), etc. It would get more people involved in the traditions and bring out a bigger crowd.”

Boren said, “What I observed last year is that the pageant is set up in a manner which representatives dressed in 1920s attire and a series of questions. I think there’s a better way to highlight our female students and what they do and what they accomplish and I think that’s what we need to look at.”

Last year, the contestants were asked questions such as: Where do you hope to be in ten years, what is the oldest building on campus and if Dr. Dominic Dottavio was going to give you an award what would it be?Green said that with this question she was able to “speak about how I transferred in and how my time at Tarleton turned my life around and how much I have grown since starting my time here.”

Green said that she thinks that May Fete should be continued, “It’s a Founder’s Day tradition and a part of Tarleton history. I do however feel if it does bother people. It can be changed as needed but all in all, it’s a great experience and does not degrade women at all. If anything it builds them up by having people cheer for their hopes and dreams.”

Green added, “It’s really a great experience and I hope we come up with a way to get more people involved so more people have a chance to experience what I did! It was a lot of fun and an honor to stand next to friends and awesome to meet the girls I did.”

Boren said that she did ask for something different to replace May Fete, even suggesting an event focused on founder, John Tarleton. There is no truth to the rumors that any traditions have been canceled or are even being discussed about.

Boren said, “It’s in my understanding that the rumors are even going as far as to say that I want the bonfire stopped. I got texts that said I was looking to cancel other traditions which that makes no sense whatsoever.”

In closing, Boren said, “I came to Tarleton because of the school spirit and because of the traditions, just like everyone else here. The moment I stepped foot on this campus I knew it was special and I am a Tarleton Texan just like others on this campus. I love this place and my commitment is to contribute to student life and make it memorable, special and even better than anyone dreamed possible. That’s something that we do together and so I think it’s important that whenever there is a concern or perceived problem that we always come together and discuss before we jump to misguided rumors or perceptions that aren’t real. So my hope is that where we can go with this is a deeper dialogue and working together at getting better as who we are as Texans. I’m sad that there would ever be a perception that me as the vice president of student life would not value Tarleton tradition. I hope that we are able to clear this up and keep the spirit going.”

In a tweet sent out by the Tarleton Student Life Twitter account Boren said, “Misguided rumors sparked today that I feel the need to clarify. Tarleton Traditions are one of the reason why I wanted to be a part of this institution. Thinking I am against and ending school tradition is false. Under the auspice of our core values of leadership and service, my hope is we will have open dialogue and exchange of ideas moving forward. I request the opportunity to be asked about a perceived stance before assumptions are made.”