Sarah Schaefer, a 21-year-old Tarleton State University junior, is not only a student, but also a savvy business woman. It all started when she was a child, taking dance and dreaming of going to Texas Tech University.

Now, she is among the growing number of college student entrepreneurs with a thriving dance studio. With an offer that fell into her lap at age 18, Schaefer took a leap of faith to become the owner of what is now Sarah’s Studio in Cisco, Texas. Schaefer is living her dream and growing her business one dance student at a time. 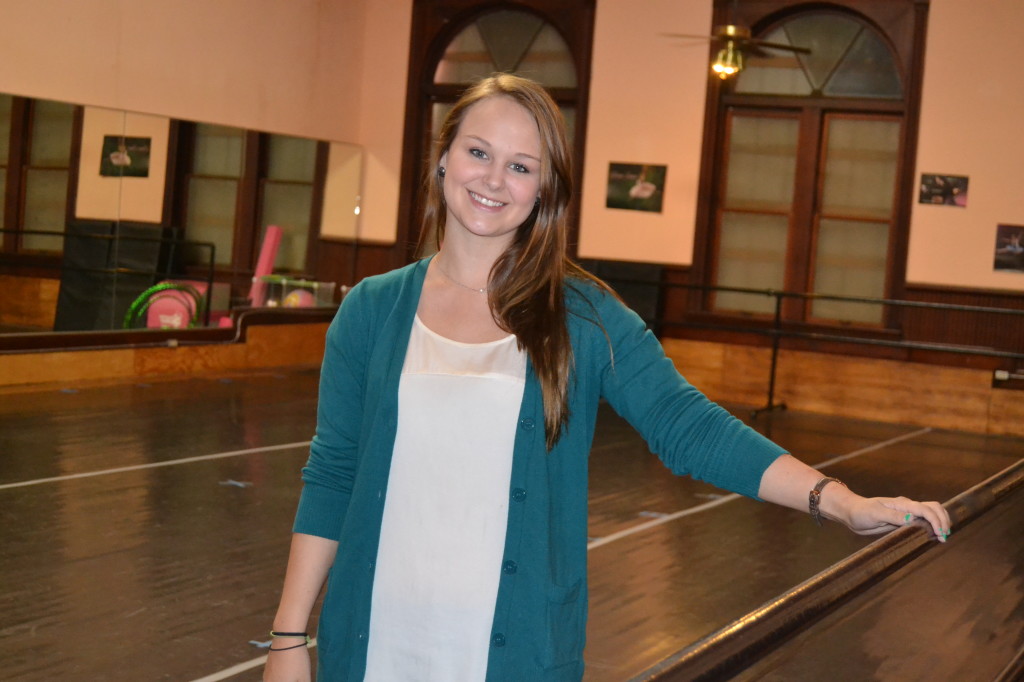 Sarah Schaefer, a 21-year-old Tarleton student, turned her dream into a reality beginning at the age of eighteen, when she opened up her own dance studio.
(Photo courtesy of David Shorter, Prop Photography)

Shaefer’s dance teacher from when she was young is now a college algebra professor at Cisco College and Shaefer teaches her daughter, Abigail, at her dance studio.

Schaefer’s story began 14 years ago when she was in the first grade. Back then, the studio was called The Dance School and was run by Jill Fields.

Schaefer took all types of dance there, but trained in mostly classical ballet. She also came from a musical and artistic family. Her great-grandfather worked on Broadway as a pianist and painter. Her mom, dad and brother all play instruments and sing.

“I got into dance because I’m really girly,” she said. ”Dance had sparkle, glitter and pretty music. That’s everything a little girl could want. I tried basketball and cheerleading, but dance was just my thing.”

Fields decided to sell the business and retire a few years ago. When Schaefer first learned the business was for sale, she thought about buying it. After talking it over with her parents, she decided to buy the business during her senior year in high school.

Since Schaefer had worked since she was 15, she had saved up and knew she could put some money down. But she also knew that she would have to take out a loan. She went to the Cisco Development Corp. and applied for a loan to buy the business – without the help of her parents.

She convinced the bank that an 18-year-old with no credit and a small amount of money, along with no experience, could successfully run a business and grow it. She took a $4,000 balloon loan that required her to stay in business for four years and have substantial growth. She says she paid off half of the loan after two years and has since seen 40 percent growth.

The remaining half, she says, was forgiven by the bank. She used the loan money to not only buy the business, but to replace a lot of the equipment. She kept the studio in the same location by renting the existing space in a historical building in downtown Cisco. The building was used for numerous things throughout the years, including smuggling alcohol during Prohibition, she said.

Schaefer now runs a successful business and even sells her own uniforms for her students. Due to her strict dress code, she found that buying and selling her own dance uniforms was easier than relying on the parents to purchase them.

She discovered her passion for dance her first time on stage as a young girl. “Dance became my artistic outlet,” she said. “As soon as I performed on stage I was hooked on dance. The lights and flowers got me when I was little, but it’s the expression now … the freedom to express yourself with that much passion is wonderful.”

Two other studios opened around the same time and Schaefer has outlasted one of them. Small businesses in small towns can be very competitive, Schaefer said.

Schaefer said she has been looked at differently because she is a young woman, always having to be on top of her game.

She says that her goal is to “plan events in her studio and grow her business while teaching dance.” She advises young people who are looking at owning their own business to prepare and work hard. “You will have to change your life completely,” she said.

She’s working on her bachelor’s degree in communications, focusing on public relations and event management – but already her dream has come true.

“I wanted my own business and it is very satisfying at the end of the day,” she said. “I get to work for myself and not for someone else. I get to be an independent woman at 21.”

Misty Shorter is a junior Communication Studies major from Fort Worth, Texas. She currently serves as the Entertainment Editor for Texan News Service.